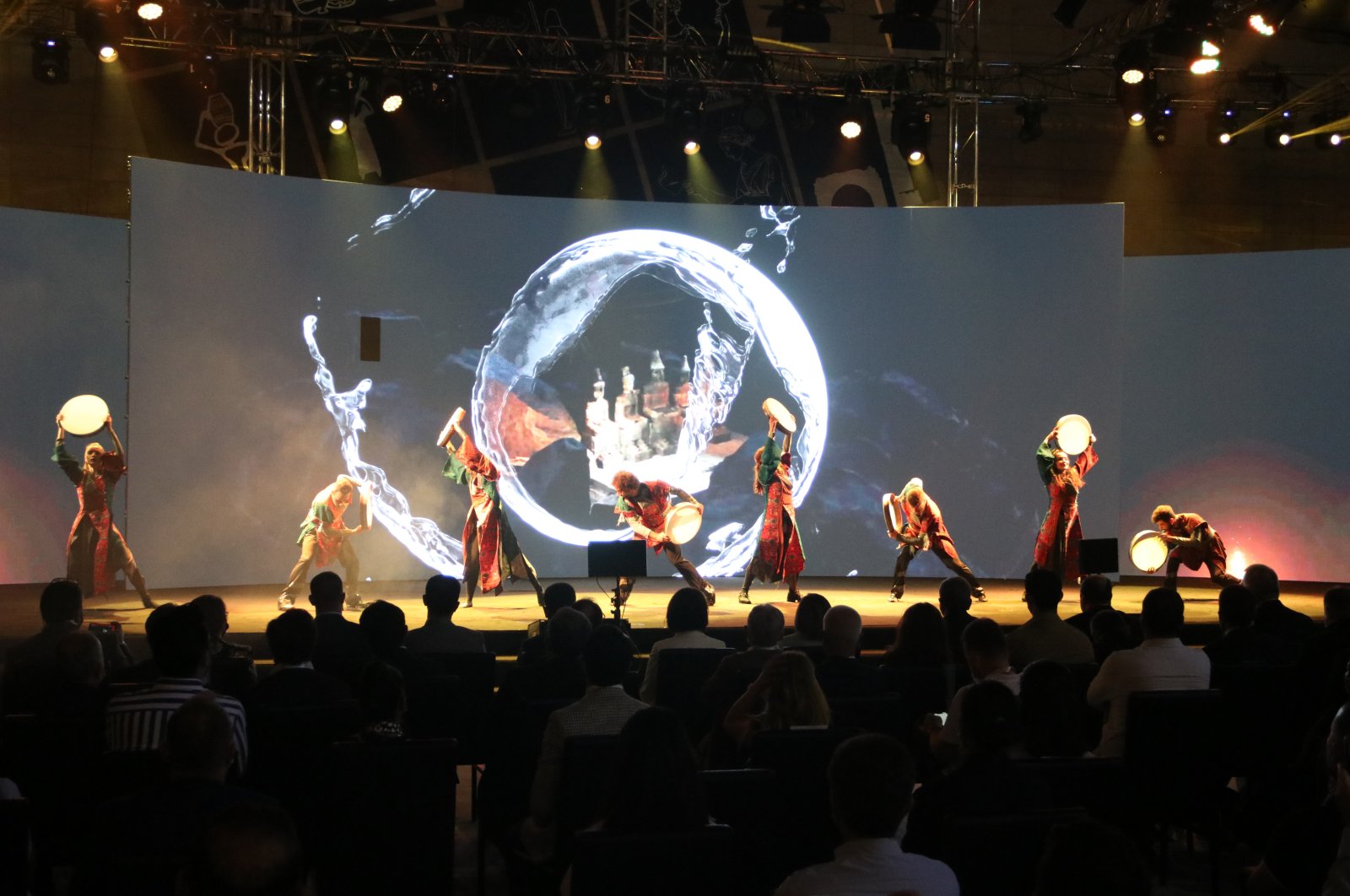 Turkey launched "Mesopotamia," a brand created to promote the tourism potential of Turkey’s southeastern Anatolia, in an event with high-level participation Sunday.

Speaking at the event, Culture and Tourism Minister Mehmet Nuri Ersoy said Turkey has the richest and most unique homeland in the world with its history, culture and geographical structure.

"Step-by-step, we will implement tourism investments in each province (of the region) in the most accurate and successful way possible, and we will give these lands a new identity in terms of culture and tourism," Ersoy said.

“No matter from which side you look at it, this land has a unique accumulation to share with humanity,” he said.

He said it is possible to develop the region based on its potential in the fields of nature, culture, belief, gastronomy tourism along with ecology and thermal tourism. Promoting the "Mesopotamia" brand is the first step which will be a Turkey-wide project, he added.

"I think this region will be exemplary for the regional promotion program that the country has been working on,” he said, noting that the southeastern Anatolia region "reflects Turkey's tourism diversity.”

“In these nine provinces, more than TL 18.5 million (approx. $2.1 million) of the project and application aid was provided to 611 immovable cultural assets, and approximately TL 152 million (around $17.3 million) was allocated for landscaping and infrastructure applications.”

The event was also attended by the Minister of Industry and Technology Mustafa Varank. "By preserving the cultural and natural heritage, we want to make Mesopotamia a global brand, to engrave it in people's minds and ensure that more people visit these places and make unforgettable memories," he said.

Varank added that Turkey also aims to "increase tourism revenues, create new employment opportunities and accelerate development in the region" through this project.

Emphasizing that Mesopotamia is an ancient region that has attracted people in every period of history and hosted countless civilizations, Varank said that the rich past, numerous cultural and natural assets deserve more attention as the common heritage of humanity.

“Important archaeological sites, traditional and original architecture, religious sites belonging to many faiths, handicrafts and rich local cuisine are among only some of the beauties that the region offers to modern-day travelers.”

Stating that creating a global brand requires considering many parameters together and that it is a long-term strategic business, Varank explained that they developed an inclusive and professional perspective on branding with the development agencies.

Pointing out that they approached the project with a more holistic view of Turkey's tourism potential, Varank said, "Instead of small-scale independent studies carried out at the provincial level, we are planning tourism development corridors covering the entire geography with a 'destination' approach.'"

Varank emphasized that these projects, which cover many topics such as restoration, new museums, landscaping, improvement of transportation infrastructure and establishment of innovative tourism platforms, make serious contributions to the natural and cultural values of the region, to be brought into tourism.

Erin said the nine provinces of the region included in the project can get the share they deserve from the growing tourism economy with the synergy created with the "Mesopotamia" brand.