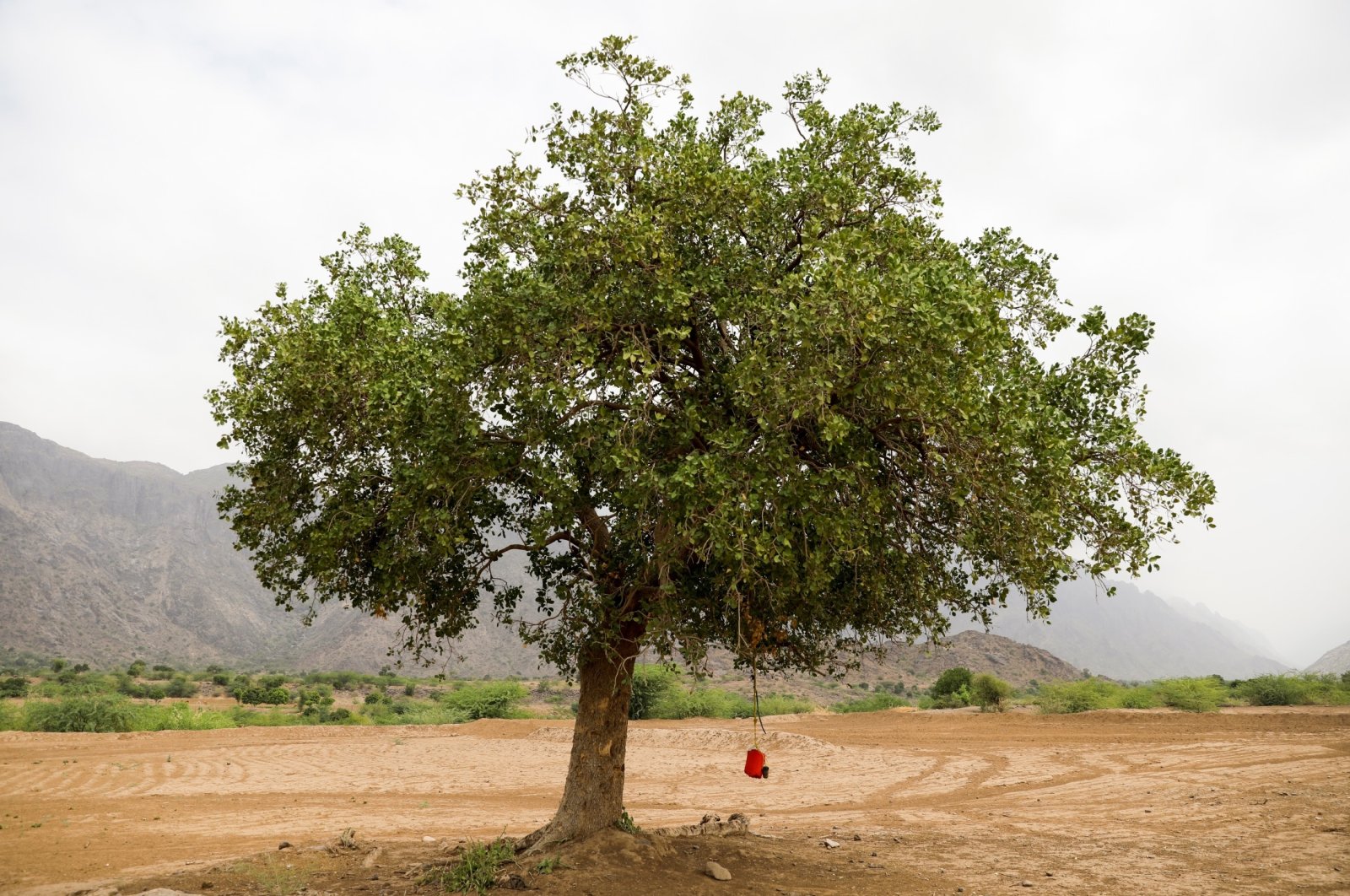 Beset by violence, engulfed by chaos for years, Yemen's problems might be on the verge of growing even more and spilling into an environmental crisis as well.

Yemeni lumberjack Ali al-Emadi spends hours chopping down an acacia tree with an ax as his 12-year-old nephew helps out splitting logs.

In a country blighted by war, al-Emadi had to turn to logging in his northern al-Mahweet region to eke out a living. An economic collapse has wiped out the farming and building work he used to travel around the country for.

But with demand for firewood soaring due to fuel shortages, there are now concerns that the country's humanitarian crisis, with millions facing starvation, has compounded the risk of deforestation – threatening both the environment of Yemen and any hope of a long-term livelihood for men like al-Emadi.

"The owners of bakeries ... use wood and stone to heat their ovens. In the past, they used to use gas, but now there is only wood," Emadi said.

"Should there be good quantity of wood available, we make a living, thank God. But nowadays trees are scarce," the father of seven said. "If I get something, we eat. At least we live or die together," he said.

More than six years of war between the recognized government backed by a Saudi-led coalition and the Houthi movement aligned with Iran has killed tens of thousands of people and left 80% of Yemen's population reliant on aid.

The fuel shortages due to a coalition blockade on Houthi-held areas, including limiting access to the main port of Hodeidah, have led businesses and families to swap diesel and gas for firewood.

The alliance says the blockade is needed to foil arms smuggling.

Around 886,000 trees are felled annually to feed bakeries and restaurants in the capital Sanaa alone, said Abdullah Abul-Futuh, head of biodiversity and natural reserves at Yemen's Environment Protection Authority in the city, which is run by Houthi authorities along with most of northern Yemen.

Some 5 million trees have been cut down over the past three years across the north, he said.

"That is the equivalent of 213 square kilometers (82 square miles) of forests, knowing that only 3.3% of Yemen's total area is classified as forests," Abul-Futuh said.

The authority could not provide comparative figures, saying this was a recent phenomenon.

After gas was discovered in the Marib region in the 1980s, wood cutting became limited to remote areas but the war has choked Yemen's energy output, forcing a reliance first on imports and now on wood from trees more usually used to build homes.

Yemen has few woodlands but a relatively rich variety of flora in the oil-producing Arabian Peninsula desert region. In al-Mahweet, known for its thick canopies, several types of acacia, cedar and spruce are vanishing.

Lumberjacks who have the means buy an acacia tree from land owners for the equivalent of around $100 and then sell logs to traders who send them to the cities.

A 5-ton truck loaded with logs nets the equivalent of $300-$700 in Sanaa, depending on the wood and haulage distance.

"Demand depends on the number of fuel ships that make it to Hodeidah port. These days it (demand) is very high," said logger Sulaiman Jubran, who scratches a living selling firewood to visiting traders.

"We are scared the country will become a desert, it is already happening ... you no longer see the trees that once covered the mountains," he said.

Forests are largely privately owned and poor families were traditionally allowed to chop wood for free as long as they only cut branches and spared the trunks for regeneration.

"Now, we uproot them with mattocks (pickax) ... nothing is left," al-Emadi said.