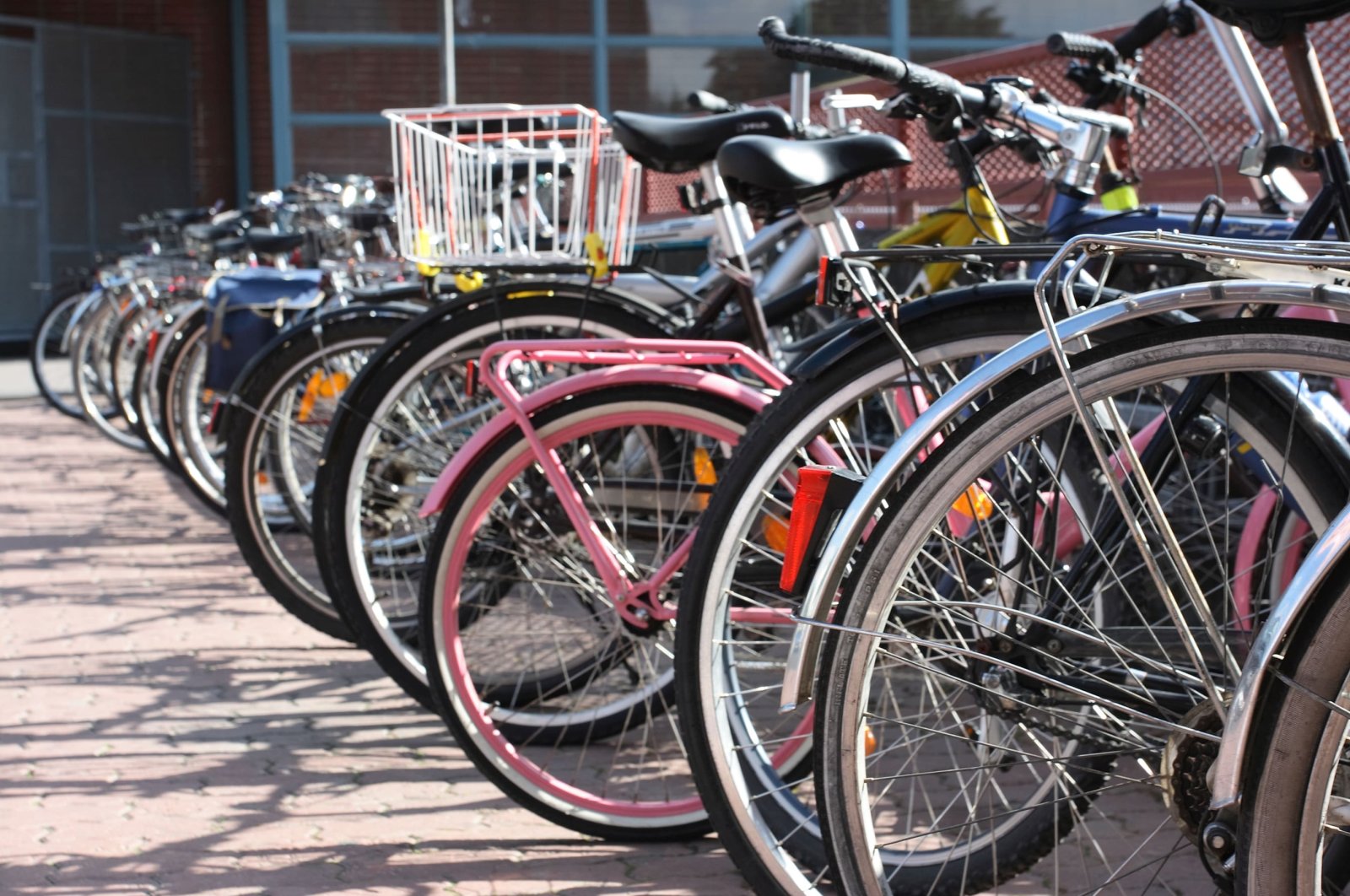 A wide range of bicycles parked on a bike rack. (Courtesy of WWF Turkey)
by DAILY SABAH Apr 30, 2021 9:48 pm
RECOMMENDED

The Turkey branch of the World Wide Fund for Nature (WWF) has recently launched the Turkey leg of the WWF's global One Planet City Challenge (OPCC), a friendly competition encouraging and celebrating the climate actions and ambitions of cities that are in line with the goals of the Paris Agreement.

WWF, an international nongovernmental organization established in 1961 focusing on wilderness preservation and reducing the impact of humans on the environment, says on its website that the challenge's aim is to invite cities to the mission of “the creation of cities that enable people to live in balance with nature now and in the future.”

WWF Turkey said that 2021, which will also be the 10th year of the biennial challenge whose inception was in 2011, was a particularly critical year to take global action regarding sustainable development and against the risks threatening nature and the environment.

WWF Turkey General Director Aslı Pasinli stated that the world was at a historical crossroads regarding the global climate crisis, whose effects on the planet and on humans become more and more pronounced day by day.

“Today cities, where 55% of the world's population live, are responsible for over 70% of global carbon dioxide (CO2) emissions,” Pasinli said and added, “When viewed from this regard it is apparent that cities and local governments hold the key to a sustainable future.”

“Local governments need to mobilize the dynamism of towns and need to be on the forefront of the race to a nature-friendly and sustainable future for city-dwellers,” Pasinli emphasized. She noted that their aim was to ensure that local governments enhanced the welfare of residents while protecting the ecological limits of the planet.

The OPCC format brings together cities from around the world encouraging climate-friendly change in policies and development, while creating social awareness. The cities are assessed on whether their actions align with the 2016 Paris Agreement, which is part of the United Nations Framework Convention on Climate Change (UNFCCC).

Accordingly, participating cities are expected to contribute to the goal of limiting global warming to below 1.5 degrees Celsius (2.7 degrees Fahrenheit), which is the main aim of the Paris Agreement.

The goal is to join together 1,000 cities by the end of 2021, in time for the United Nations Climate Change Conference, also known as COP26, which will be held in Scotland's Glasgow, where the UNFCCC Secretariat aims to create a coalition of cities that are determined to enact climate actions.