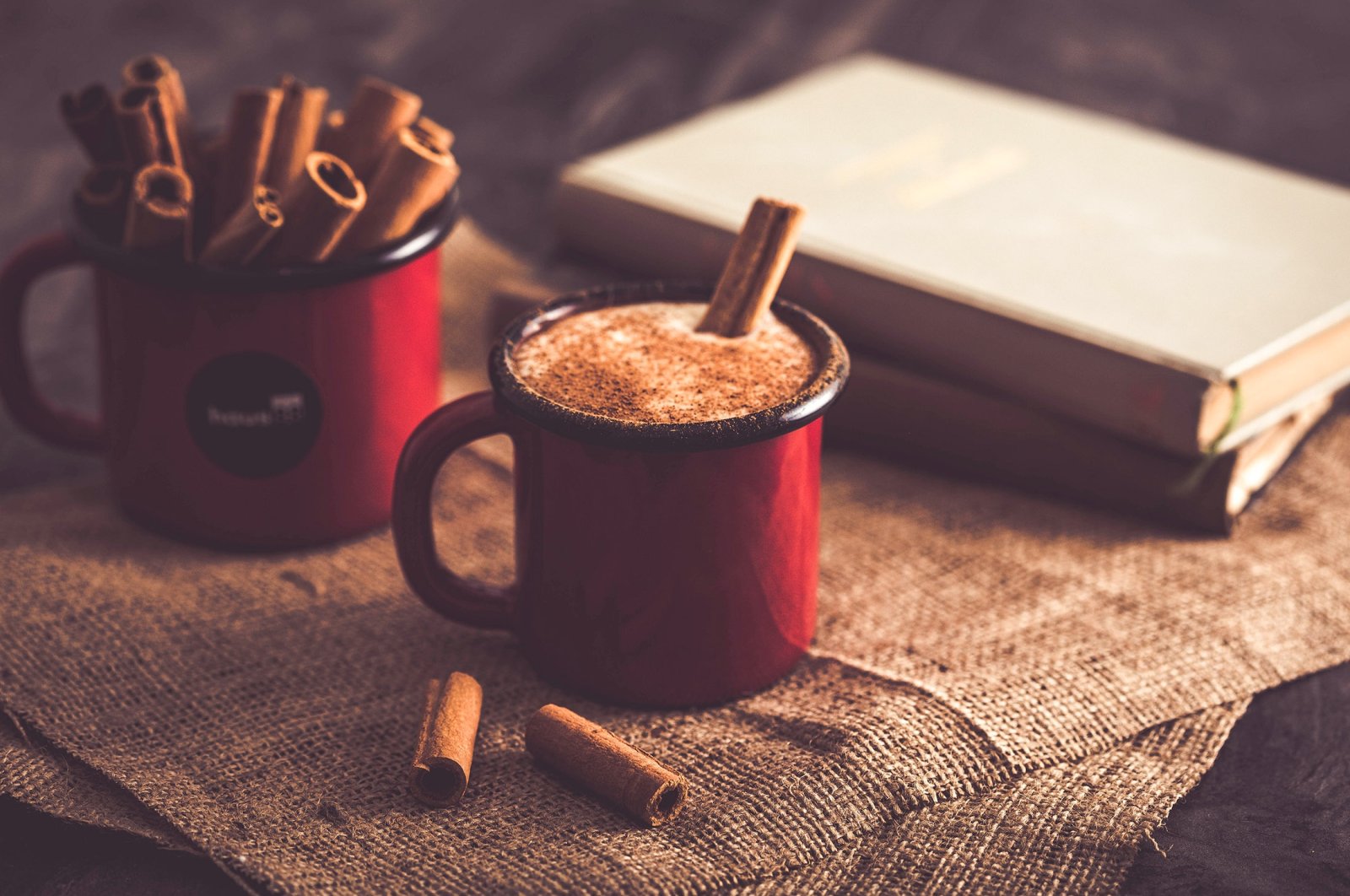 Salep, a milky traditional hot drink topped with cinnamon, is one of the many winter traditions of the Turks. (Shutterstock Photo)
by Ayla Coşkun
Jan 31, 2021 2:15 pm

When it comes to wintery traditions, it's no surprise that Turks have some staple drinks in their arsenal. Here are some recipes that will hopefully inspire you to make your own – and one with a fun twist

With the temperatures outside dipping into the negative, the urge to drink water is less but that doesn’t mean we shouldn’t drink anything. So to keep your fluid intake interesting and add some winter vibes to your (mostly home-contained) lives, here are some traditional Turkish winter drinks (and some not) to warm you up and make you feel good.

Though the spelling of this Turkish winter staple is usually debated (salep vs. sahlep), the Turkish Language Association (TDK) is unwavering that there is no "h," no matter how many people try to squeeze it in before the "l." Dubbed the drink of the sultans, salep has a history that dates back 3,000 years. The thick, creamy, white drink is made out of the dried tubers of the Orchis genus of the orchid family, characterized by its purple or pinkish flowers. These ground tubers are also one of the main ingredients of the world-renowned Maraş ice cream.

As soon as the weather gets colder in Turkey almost every cafe offers this cinnamon-dusted creamy drink that, according to dietitian Nihan Yakut, keeps you satiated thanks to the complex carbohydrates it contains called glucomannan. As salep is made with milk, it becomes even more nutritious thanks to the proteins. However, Yakut stresses that salep should be made from scratch to reap these benefits, not be store-bought. These benefits were even known to Ottoman physicians, who had the recipe for the drink in their dietary manuals.

Adding cinnamon, Yakut says, helps to balance blood sugar. The traditional drink is also rich in vitamins A and C and potassium.

So how can you make this delectable drink? First, you’ll need to find the salep itself – and I don’t mean the “pour hot milk over it” instant mixtures sold in stores, but the ground orchid tubers themselves. Many aktars (specialized Turkish spice and herbs stores) or kuruyemiş shops in Turkey sell it. And you won’t need much of it either.

Mix the sugar with the salep and bring the milk to a boil. Start pouring a bit of the warm milk into the dry ingredients and mix them in a pot over medium heat. With the help of a whisk, continuously mix it until it starts to get thicker. Turn off the heat and serve.

While boiling the salep, you can always add more or less sugar, depending on how sweet you like it. You can also enhance the flavor with a bit of vanilla extract or vanilla sugar.

Make sure to sprinkle a bit of cinnamon on top and try it like that, as true to tradition.

There are few things that taste better than hot chocolate or hot cocoa in the winter. Although admittedly it is not the healthiest drink out there, sometimes you need a little something for the soul and warm milk can be quite soothing.

Lately, there has been a trend to turn this feel-good drink into something spectacular by making hot cocoa bombs. The “bomb” part, most often a sphere of chocolate filled with yummy goodness, is placed inside on the bottom of your mug or cup and as you pour hot milk over it, the chocolate melts to reveal tiny marshmallow surprises. With a good stir, you have yourself a scrumptious, creamy little drink.

Melt the chocolate of your choice and with the help of a small spoon cover a half-sphere mold. If you are not experienced with hard molds, try silicone; they are much more malleable. Let the two half spheres harden. Remove the spheres carefully and put the sugar, cocoa and marshmallows into one half and slightly melt the outer rim of the sphere with the help of a knife heated over a fire. Carefully place the other half onto it and close the sphere. You might want to add a bit of melted chocolate around the seams to seal it securely.

You can enhance the looks and taste of your little ball of chocolate by adding different colored chocolate pieces and sprinkles inside.

You don’t need to stick to a sphere. As long as it is small enough to fit in a cup and hollow, you can use any shape you like.

Just as old as salep, or maybe even older, is the traditional Turkish winter drink boza. Made out of grain and then fermented, boza is known for being sold by street vendors shouting its name. The tradition of selling boza this way has almost dissipated, but there are stores still trying to keep it alive. The drink is rich in protein and vitamin B and is usually drunk with some leblebi (roasted chickpeas) on top.

Boza, just like salep, is sold in markets throughout Turkey, but the Vefa boza shop in its eponymous Ottoman neighborhood in Istanbul is the most widely known and praised.

Cook the bulgur until it is soft, if necessary adding a little bit of water as it evaporates. This is a tedious process that might take up to three hours. Strain the bulgur and get rid of the water. In a separate bowl, mix the yeast, 150 grams sugar and warm water and let it activate for a few minutes, then add this to the bulgur.

Cover the mixture with a towel and let it ferment for a minimum of a day to a maximum of three days. Stir the mixture every five to six hours. The fermentation process will give the boza its sour and characteristic smell.

Once it gets all bubbly, add two tablespoons of sugar and the vanilla extract to the yeast mixture. More sugar can be added depending on your preferences. Slowly add water to the mix until the desired consistency is achieved. Let the mix rest one last time overnight in the fridge and serve with some roasted chickpeas and/or cinnamon the next day.

Tea is a daily staple in Turkish culture and not only in its cuisine. And as much as black tea is loved, herbal teas are also close to Turks' hearts. Many drink tea to kickstart their day thanks to the thein in it. Thein is a cousin of caffeine, so when consuming black tea, as with anything, moderation is key. According to Dr. Banu Fresko, two cups of tea equals about a cup of coffee.

But either way, drinking tea has been considered a habit that has helped maintain one’s health since ancient times.

Dr. Halit Yerebakan said that a variety of teas have great health benefits that can help you have a healthier winter overall.

The ones most preferred in Turkey are classic chamomile, which helps ease anxiety, and lemon balm tea, which is very soothing – so much so that it helps you sleep better. Mint tea is also great for the digestive system, so if you are feeling nauseous a cup of it could help relax the stomach. In addition to true classics like Linden, it is important to keep in mind that excessive consumption of herbal teas can be bad for you, so stick to a cup or two a day to keep yourself warm and hydrated.