The benefits of the Mediterranean diet, staple of Turkish cuisine 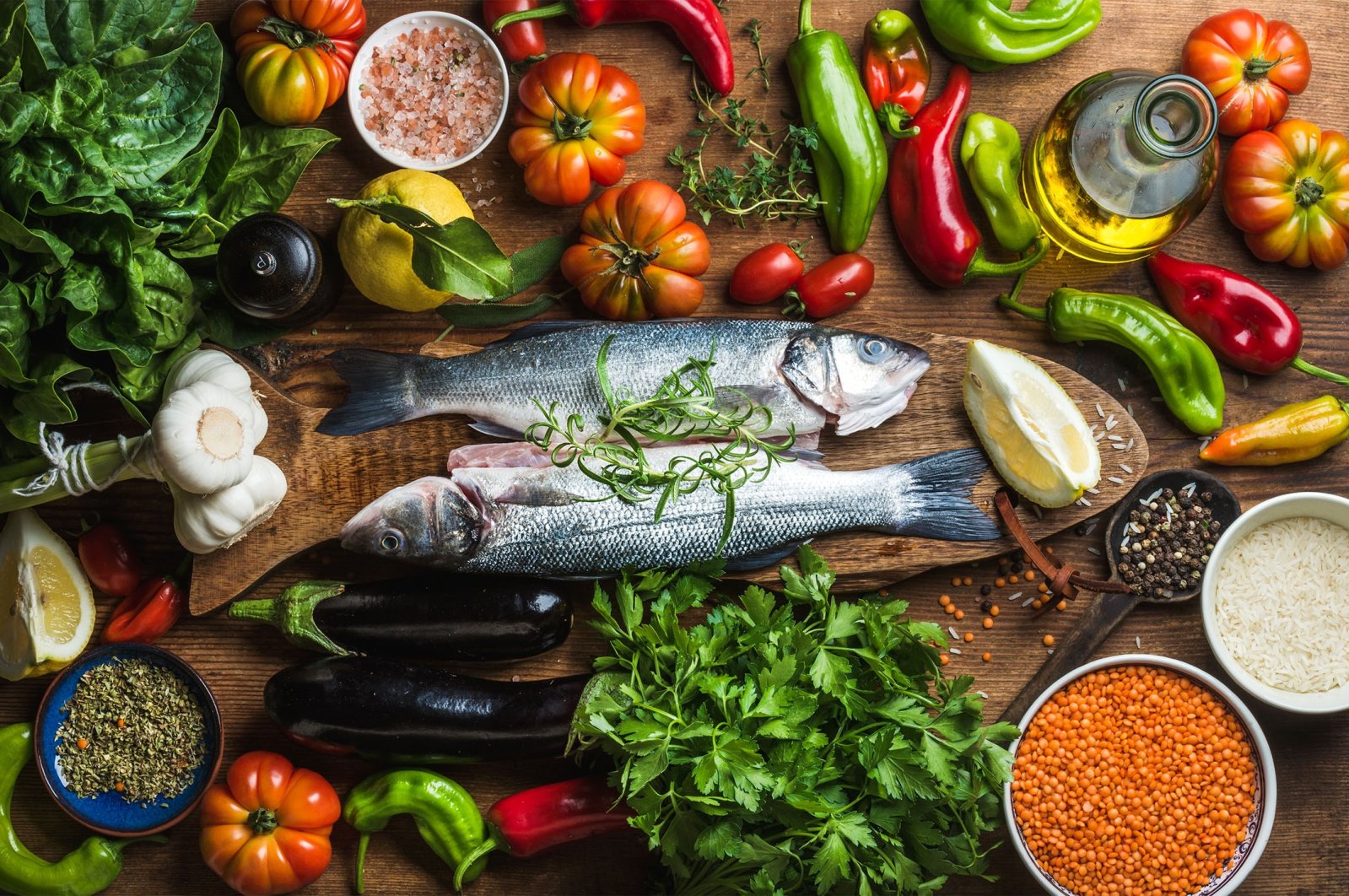 The Mediterranean diet was chosen as the best overall diet of 2020. (Shutterstock Photo)
by Leyla Yvonne Ergil Mar 25, 2021 12:55 pm
Edited By Sarah Nicholls

Not only does the Mediterranean way of eating help keep your blood sugar levels stable and promote a sharper mind, but it also reduces your risk of heart disease and cancer

The Turks, at least those living in the country's west and more coastal areas, inherently consume a plant-heavy and seasonal diet, with many of the most popular dishes in the cuisine being vegetarian and even vegan. In addition, the norm in Turkey is very much to prepare dishes from whole, unprocessed foods and healthy fats such as olive oil and nuts accompanied by bacteria-fighting yogurt, fermented pickles, omega-rich fish, free-range eggs and meat. What this means is that in Turkey, the cuisine offers the utmost health benefits, a fact that has not gone unnoticed by the medical industry worldwide.

There has never been a time in which attaining our optimal state of health has been more important. With the pandemic continuing to rear its ugly head, the best thing that we can do for ourselves and our loved ones is to ensure we are as healthy as possible both physically and mentally. Luckily, for many of us reading this, we are in Turkey, a country whose cuisine is the epitome of the Mediterranean diet, which is one centered on nutritious greens, vegetables and pulses, olives and nuts and kinder and healthier protein sources and discourages sugar, processed foods and too much red meat. This means that at least we already have one of, if not the, most highly recommended dietary styles to keep our mind, bodies and souls in optimal shape.

The Mediterranean diet continues to stand the test of time and is considered to be one of the best plans for weight loss, with studies recently showing that it was beaten out solely by a vegan version of the same practices. For decades, this dietary style has been linked to everything from protecting against diabetes and Parkinson’s to decreasing metabolic problems and the risk of cancer and its progression to lowering blood pressure as well as preventing heart disease and strokes. But in addition to weight loss and all of the physical advantages the diet offers, recent studies are also showing a number of ways this diet also strongly benefits mental health. Not only has the diet been shown to be the best way to eat to combat depression, but a number of studies are also pointing to the advantages of consuming food in this manner for people in their golden age especially. While an additional physical benefit points to the diet slowing bone loss, studies that surfaced as recent as last month have found that the diet is immensely beneficial for cognitive function for those in their golden years.

Here are some of the studies:

A new study in Scotland revealed that adhering to a Mediterranean diet is tied to better memory and overall cognitive function in diabetics and the elderly. Published in December of last year and led by scientists at the University of Edinburgh, the study was conducted on a group of over 500 79-year-old seniors quizzed on their eating habits and given memory, vocabulary and problem-solving challenges. Participants were selected individuals in the Lothian Birth Cohort 1936 and were all born that year and have been helping researchers analyze how aging affects cognitive function.

The findings, published in the journal Experimental Gerontology, showed a statistical connection between the highest scorers and their strict adherence to a Mediterranean diet. The greatest indicators of mental sharpness, however, were seen among those who consumed more leafy greens and less meat. Similarly, a greener and vegan version of the diet has also been found to provide the most significant weight loss benefits overall.

This study followed research released just last month that also associated the Mediterranean diet with better cognitive function. Conducted at Chicago’s Rush University Medical Center, the study examined more than 5,000 seniors over three years and realized that those who solely followed the Mediterranean diet had brains that were nearly six years younger compared to their peers who gave into junk food cravings, thus adding in foods from the typical western diet such as pizza, candy and processed meats.

A report published in the journal Gut last year showed that seniors who followed the diet for a year had slower cognitive loss, including memory, compared to those who stuck to their normal eating habits. The study was conducted on over 600 people aged 65 to 79 from five European countries. The results showed an increase in beneficial gut microbiota and a decrease in inflammation markers, both of which are linked to staving off frailty and memory loss among those who followed the Mediterranean diet regime.

There have also been a number of studies on the effects of inflammation that concluded the Mediterranean diet significantly lowers neuroinflammation markers, which could not only have a positive effect on the development of neurodegenerative diseases but also lowers depression in which evidence suggests inflammation may play a part. As we all know, the diet is high in anti-inflammatory omega-3 fatty acids such as fish, nuts, seeds and olive oil.

One of the most significant findings regarding the Mediterranean diet and especially during these trying times of grappling with a global pandemic is the fact that this style of eating can actually lift your spirits as well as prevent your mood from dropping. A 2019 study conducted on college students in Sydney Australia proved that symptoms of depression improved among the test subjects after they made a conscious switch to a Mediterranean diet. The conclusion of the study suggests that even a brief dietary intervention (by adopting a Mediterranean diet for a spell) could significantly benefit those suffering from depression. Meanwhile, research revealed at the 2019 Annual Meeting of the American Psychiatric Association also pointed to the fact that adhering to a Mediterranean diet may also protect against symptoms of depression in later life.

The perks of being in Turkey

Once again, as an expat in Turkey, I feel blessed to be able to easily and affordably adhere to a Mediterranean diet, with the only further step to take to achieve optimal health being to cut out the animal products included. Thus, at any age and stage of the game of life, consuming Mediterranean cuisine, having a kind diet (being vegan), eating in season and if possible a rainbow-like array of colored produce daily are good practices during this era in which maintaining our optimal physical and mental health could never be more important.