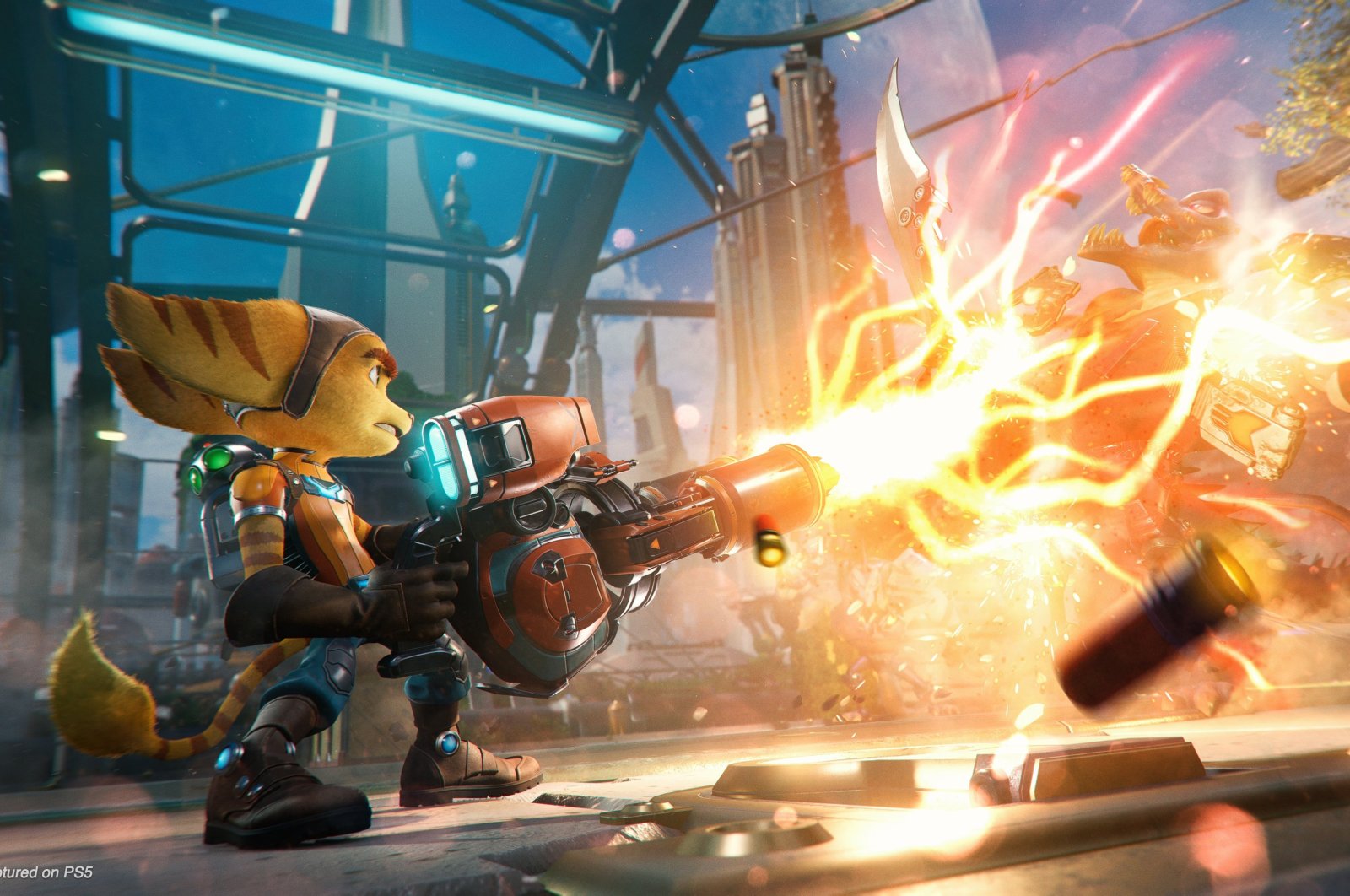 2020 was disastrous for humanity yet it brought forth several great games. 2021, thankfully, has some more in store

This past year was interesting, conflicting and stressful. Even though the pandemic took its toll on our happiness, games were once again the safe haven we found peace in – for some of us, at least.

Nevertheless, when we look back at last year, we can see that it was the definitive year for remasters and remakes if we don’t count the deeply problematic release of CD Projekt Red’s Cyberpunk 2077, which was inherently a true masterpiece, however severely it was shrouded in bugs and glitches.

The next year also has some interesting titles to offer – if, hopefully, none of them get delayed.

An intriguing, time-twisting title is to be published by Arkane Studios, which is well-known for its Dishonored series. Deathloop will feature a unique, steampunk-like art style that some have likened to the famous Fallout series of Bethesda, which also publishes this game. If you wonder how the mechanics will feel in a game, even though they will feel vastly different from a story-driven game like Deathloop, make sure to check out Quantum League on Steam. Even though it is a multiplayer game aiming to be a mainstream e-sport, it is entirely based on time mechanics and is also a very fun experience.

The Far Cry series has been held dear by Turkish gamers, as the original game in the series was based on the CryEngine developed by CryTek, a German company founded by the Yerli brothers who are of Turkish ancestry. After the series’s acquisition by Ubisoft, Far Cry has had some ups and downs. Nevertheless, especially in the latest entries within the franchise, gamers were increasingly frustrated with the typical Ubisoft taste which is widely criticized for being repetitive. Judging from the recent success of Assassin’s Creed: Valhalla, which initially had numerous bugs and glitches that were swiftly resolved, it may be safe to say that the French game developer has learned some lessons.

The game’s protagonist will be a resistance soldier fighting against a tyrant reigning over a fictional Caribbean island. As we have observed in Watch Dogs: Legion, the company is nearly certain to push some political narrative in the game too. Even so, Far Cry 6 will be a strong contender this year.

After the immensely successful reboot of 2018, the next God of War is on the horizon too. Even though I’m highly doubtful that it will be released this year, the official statement is that it won’t be delayed and is coming to PlayStation 5 this year.

As a longtime fan of the franchise since its PS2 and PSP days, I am incredibly excited for this game, especially considering that it will use the perfect mechanics introduced by the PS4 release, and will also take advantage of next-gen technical capabilities.

But once again, I would like to underline that Ragnarok is a triple-A title, and I’m nearly sure it will be delayed. But who knows? All we need is some patience at this point.

I know how much of a disappointment it was for us gamers when we saw the disturbing glitches and bugs in the first gameplay videos of Halo: Infinite. But as we have experienced in Cyberpunk: 2077, it will be much better for Microsoft to publish the game when it is really, really ready. And while you wait, I strongly recommend you check out the Master Chief Collection in the meantime, which is included in your Game Pass subscription.

If all those problems we saw in the videos are resolved, I am sure we are in for a real treat with Halo: Infinite.

What a time to be alive: a Harry Potter game without Harry himself. Nevertheless, this promising open-world adventure game taking place in the wizarding world universe created by J.K. Rowling, judging from the trailers, looks to be totally stunning. Developed by Avalanche Studios, Hogwarts Legacy will immerse us into its role-playing mechanics where we will live the story of our own character as they learn magic at Hogwarts during the 19th century.

This is another game lacking its main protagonist but is set in the same universe as its original hero lives.

Batman games have traditionally been regarded highly, especially the Arkham series, and I hope Gotham Knights will be no different.

All the familiar faces will be in the game – Batgirl, Robin, Red Hood, Nightwing – but in its own fictional timeline, Batman is reportedly dead. The game will be released for nearly all platforms, including last-gen and current-gen consoles, and will also feature a two-player co-op.

The sequel of the only multiplayer game I play regularly, Blizzard’s masterpiece will look and feel even better in the second iteration. The best thing is that OW 2 will also feature a story mode in which we will play co-op with our friends or people from the internet. Reports suggest that the original game will continue to live alongside the next version, and the gamers using both versions will be able to compete against each other in multiplayer mode.

I was a little late to the party with the PS4 and the game that made me feel obligated to buy the console was Insomniac’s 2018 masterpiece Spider-Man. And this, yet another Insomniac game, will most likely be the reason I buy the PS5. I have been a longtime fan of the R&C series since its original game published on PS2, which I played extensively, and I am extremely excited for Rift Apart. Its gorgeous art style, never-ending action that puts the brain in overdrive, the overly cute protagonists and the universe-changing mechanics made possible by the PS5’s state-of-the-art NVMe SSD architecture make me crave it more. This game makes for a very reasonable reason to buy the PS5, even if you are only going to play it and won’t even touch anything else.

After the critically acclaimed Horizon: Zero Dawn, which was initially a PS exclusive but later published on PC too, Guerilla Games prepares to dazzle the franchise’s fans all over again.

The original release took place in a post-apocalyptic universe invaded by mysterious animalistic robots. The series’s protagonist Aloy, a warrior woman who pursues her mother but ends up learning why the world she knows is ravaged by futuristic robotic animals, will set sail on the next phase of her adventure. The game is expected to be released late this year.

Legend of Zelda: Breath of the Wild 2

Another franchise that constitutes a reason on its own to buy a console: The Nintendo Switch masterpiece’s sequel is set to be published sometime this year, and I’m very sure that no fan of the long-running series, which dates back decades to the Nintendo Entertainment System (NES) era, will want to miss this potential must-play.

The action role-playing game will be released in 2021, if it does not get delayed, and will be a direct sequel to the original 2017 game.