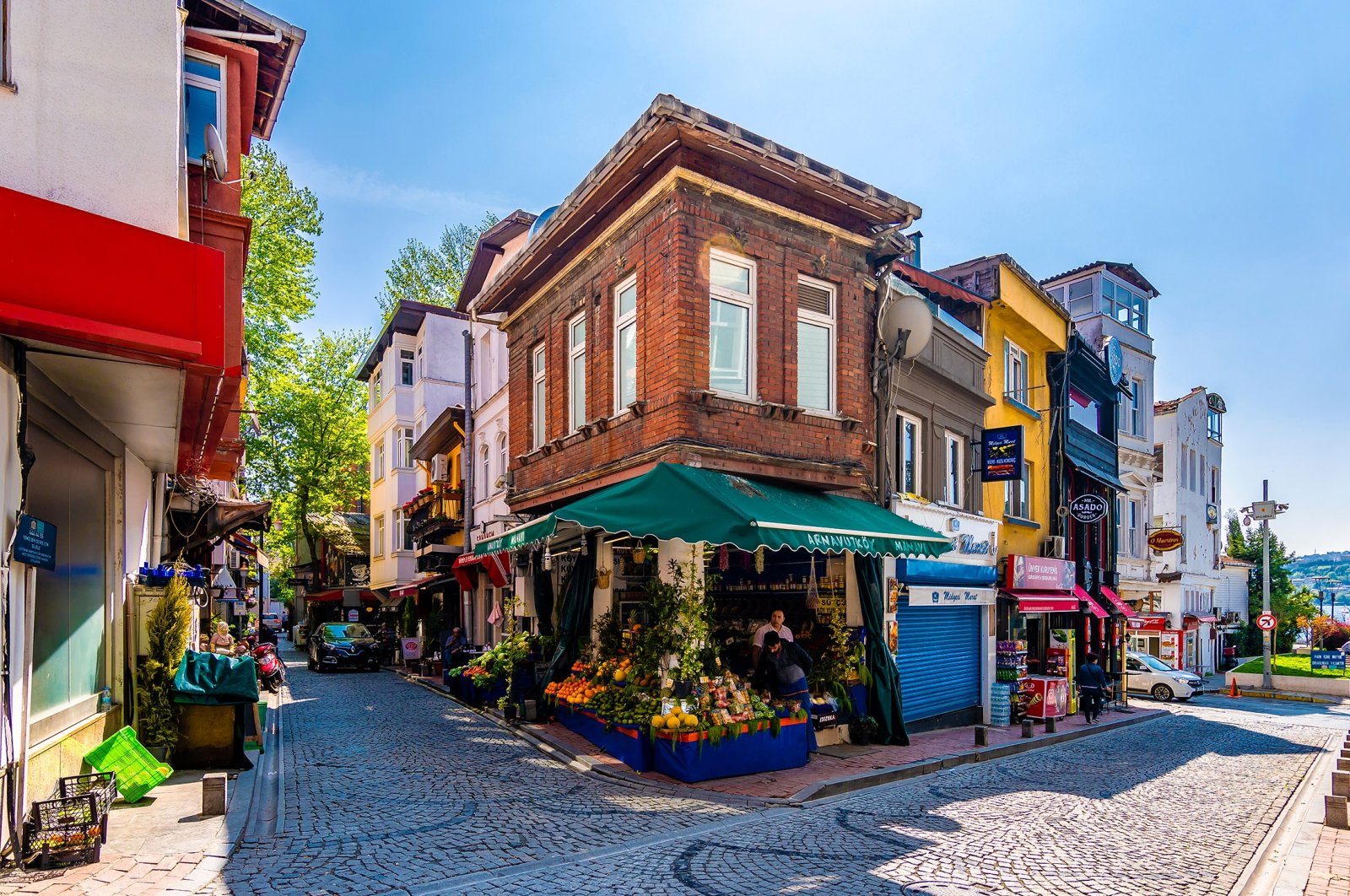 A view of Arnavutköy street in Istanbul, Turkey. (Shutterstock Photo)
by Leyla Yvonne Ergil Aug 24, 2021 8:58 am

In Turkey, the 'mahalle,' or neighborhood, is where people bond to help one another and forge lifelong friendships along the way

Wherever you reside in Turkey, you have a “mahalle,” which although translates into English as “neighborhood,” is a particularly special concept in Turkey. When you belong to a neighborhood, you are part of a community and in Turkey, there are a whole separate set of customs that go along with that responsibility.

Upholding close relationships with those in your neighborhood in Turkey will go a long way toward improving your quality of life in the country. Even in the country’s largest metropolises, each of Turkey’s 81 provinces, which are broken down into regions and towns, will all ultimately have pockets of neighborhoods, to which you will belong during any length of time here.

The neighborhood is where you establish neighborly relationships that could lead to lifelong friendships. But if not, the bottom line in your neighborhood is where you will get directions, tips, guidelines and essentials such as your water, probably most of your food and if in winter, most likely your wood. Your fellow community members will come to your aid and possibly pop over to visit. But to make the most out of the experience it is important to be familiar with Turkey’s “mahalle kültürü,” which translates to “neighborhood culture.” That’s right; the Turks have their own set of customs and traditions when it comes to being part of a neighborhood.

The following is an expat’s guide to Turkey’s "mahalle kültürü" and how to fit right into your neighborhood as a foreigner:

In Turkey, there is a concept referred to as “imece,” which basically means giving a helping hand as part of a community. A greater example of this recently surfaced when the country was engulfed in wildfires and many people in Turkey contributed their time and efforts to donate help. This style of collaboration can exist in almost any platform here and especially in your community. Your neighbors will want to be helpful and come to your aid if need be and will greatly appreciate it when you do the same. For any foreigner, it is important to be aware of this concept and to understand that others may lend you a helping hand to be friendly or helpful but a Turk will simply do this from the kindness of their hearts.

The Turks have a saying that drinking a cup of Turkish coffee together will be a memory that will last 40 years. Therefore, you can understand the importance of sharing a cup of tea or coffee with your neighbors. When you move into a neighborhood in Turkey, you may very well get that chance to spontaneously share a moment over a hot drink. Or better yet, play a game of “tavla,” which is the Turkish word for backgammon, a board game that exists in nearly every household and place of business in Turkey.

But no matter what you do, make sure to say hello to your fellow neighbors, as in Turkish there is also the word “selamsız," which refers to someone who does not greet others, and it certainly does not have positive connotations. That said, don’t fret if you are not greeted back in return, especially with the older generations or those of the opposite gender as there may be a more conservative reason some may avoid interaction.

Be prepared for the popover

The Turks have an inclination to live spontaneously and thus do not be surprised if you get an unexpected knock on your door from a neighbor.

This spontaneous visitor may be en route delivering gifts to neighbors such as certain traditional pastries and sweets, which are customarily prepared and distributed to the community on particular days. One such example would be last week’s “aşure günü,” which is a specific religious date in which the dessert “aşure,” also known as, “Noah’s Ark Pudding” is prepared by some households and shared amongst neighbors. Keep in mind, it is also considered ungracious to refuse such an offering.

Another rule of thumb here in Turkey is that if you are given a gift of food on a plate, you are supposed to fill it with something else when you return it. The bottom line is: the “popover” is literally a custom here in Turkey and it is always good to be prepared for unexpected guests. Offering a simple cup of tea or coffee will go a long way in forming bonds with your neighbor.

Ask and you will receive

The local market referred to in Turkish as “bakkal” can usually serve as your go-to spot for almost any inquiry. It is always good practice to support your local retailers, but it can also be an opportunity to fine-tune your Turkish lifestyle. Your local market may deliver, a weekly greengrocer may pay a visit to the neighborhood and even the local doctor can make rounds. I used to have a market on the bottom floor of a six-story apartment and as I lived on the top floor, the shop owner lent me a basket and told me to lower it whenever I needed anything. A simple Turkish tweak, but it offered convenience like none other.

Turks are actually incredibly patient, considerate and kind and tend to try to look at the whole picture in the face of problems or differences. For example, to a foreigner, it may seem that kids in Turkey are a bit unruly and certainly vocal and that may be true, but the reason is that Turks just want their kids to have some fun.

Traditionally in Turkey, children would grow up playing outdoors in different communal areas of their neighborhood. The friendships built among neighboring children can last for a lifetime and be the most important ones they ever have.

In Turkish, this special bond formed in a neighborhood is referred to as “mahalle arkadaşı” and outdoor playing, however rowdy, may be encouraged to allow for these bonds to develop. In Turkey, most Turks will not complain to their neighbors if they see they are having fun. Whether it be a big party like a wedding, loud music or rowdy kids, most Turks will take it with a grain of salt.

For the most part, emphasis is placed on allowing others the freedom and respect to enjoy themselves, and thus it is best to not take any external noises personally, to exercise patience and to look at the situation at hand from all perspectives.