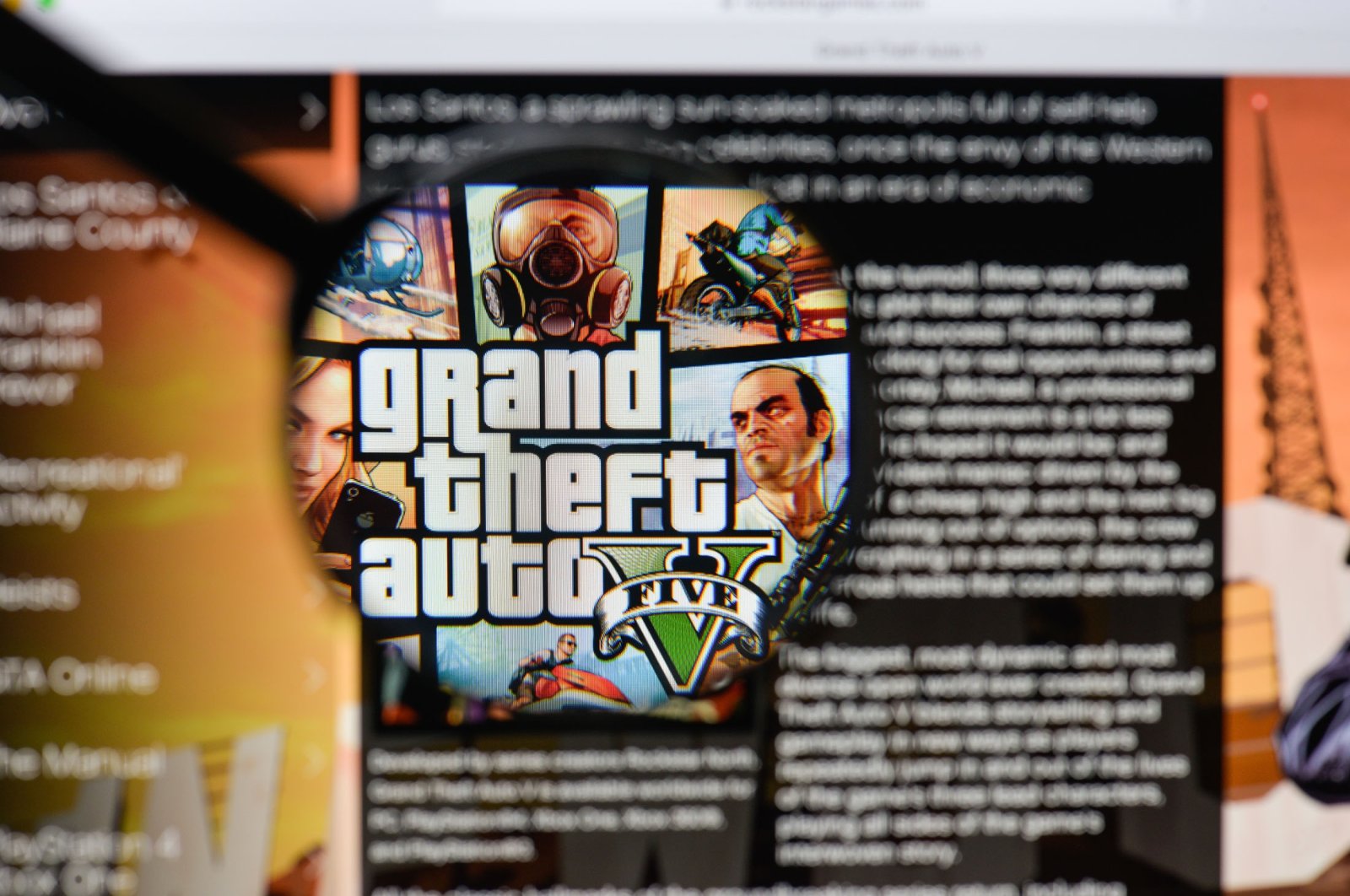 Eight years on and we're still playing Grand Theft Auto V, which I genuinely believe is due to it being so modern as it still outperforms many contemporary titles. But I guess it is long overdue for a sequel, so let's dive into the rumors

Grand Theft Auto (GTA) V is one of a kind and special in many ways.

It is by far the most profitable entertainment product in modern history. No movie, album or game has generated more revenue than GTA V. It has also evolved into a living universe with GTA Online, frequently updated by Rockstar since the game’s release a full eight years ago.

Nearly a decade on, the game is still relevant, immensely popular and mindbogglingly successful, breaking new sales records by the day. So, why should Rockstar abandon this cash cow and spend millions of dollars focusing on a brand new game? Even from a purely capitalistic point of view, the latter seems to be the best bet for the long term.

Sure, GTA V's success is incontrovertible but it will start to show its age, despite it still looking spectacular eight years after its release, and it could be remastered once again for an updated look for next-gen consoles. It is still the only game in history to have been released for three different console generations.

Nevertheless, there will come a time in the near future when GTA V will not be as relevant as it is today.

That’s why Rockstar is developing a 16th installment of the long-running series. Under normal circumstances, a mammoth game developer would not wait eight years to release a sequel, except Valve, which focused too much on its digital storefront and neglected to develop Half-Life 3, instead focusing on its possibly spectacular Virtual Reality (VR)-based game, Alyx.

So, let's take a look at the latest rumors about the potential addition to the GTA series, as it will probably be the only full-blown update we will get for at least a decade after its release.

Recently, an anonymous user surfaced on the imageboard 4chan claiming to have information about the upcoming game in the GTA series. Even though these kinds of rumors should be taken with a pinch of salt, with suspicions already high, the post only fueled the growing hype.

GTA fans on social media were quick to respond, many sharing the same suspicions I had. There had to be a reason this liberal imageboard had taken a seemingly harmless post down.

You would not expect there to be a lot of available information about GTA VI. As a veteran GTA fan, I obsessively follow even the tiniest of breadcrumbs when they surface. But this time it seems that there many dimensions to the rumors and numerous interesting details to be uncovered.

The leaker alleged that the targeted release date is October 2023, which makes sense. This gives the next-gen GTA V two full years of sales before the release of the sequel, giving Rockstar ample opportunity to further skin the flint. GTA V will likely live on for many years with continued updates alongside the VI, just as Blizzard plans to do with Overwatch and the upcoming sequel.

The user also claims the game will have a chapter system resembling Red Dead Redemption 2, and the first two chapters will be set in the late 1970s. These are two innovative moves one could expect from Rockstar, and likelihoods I deem possible.

One of the most interesting claims from the 4chan leaker is that the GTA VI protagonist’s name is a spoiler in itself, codenamed Ricardo.

As has been rumored for a long time, the leaker also confirmed that the game will take place in Vice City, the GTA universe equivalent to Miami.

In their ask-me-anything post, the leaker says that Dan Houser, the former vice president of Rockstar, could return to the company but that he had left for now after becoming too exhausted to continue after the crunch to release RDR2. Houser allegedly wrote a rough outline for the game but he has not written a lot.

The leaker also says that the main story is about 60 hours long, which is an incredible amount of time even for a triple-A title, and that the online functionality of the game will be available months after its release.

The plot is said to be "the best ever" featured in a GTA game, yet not as emotional as RDR2. The gameplay map is also supposedly smaller, but more dense and populated.

Responding to a skeptical user who asked the 4chan user to leak something very specific about the game, they said: "You meet Ken Rosenberg and he mentions Tommy Vercetti several times although you never actually meet Tommy," referring to the protagonist of GTA Vice City, which is where the same fictional city the upcoming sequel is rumored to be set. They also add that artificial intelligence elements have been improved a lot, and "You may see NPCs beeping their horn and driving aggressively around other drivers because they're late for work."

According to the leaker, the fictional Scottish heavy metal band that prominently featured in GTA Vice City, the Love Fist also appears in main and side missions. The mechanics have vastly improved as direct contact with explosions can blow off limbs, and it is possible to “leave deep cuts on people with a machete” and close combat shooting “can result in bone fragmentation.”

Typical of Rockstar's past release patterns, the game will first be launched on consoles and PC players will have to wait a bit before getting their hands on it, according to the leaker. The game's loading times are incredibly fast, which is attributed to the SSD structure in the PlayStation 5, and it will also use the beloved haptic feedback of the DualSense controller.

Features that gamers have longed for since GTA San Andreas are making a comeback, according to the leaker. Soon you will have the option to customize your character's body type and non-playable characters (NPCs) will also comment on your fashion choices. Rockstar floated the idea of having a female protagonist but scrapped the plan as “it doesn’t fit with the GTA narrative.”

The leaker also said that the protagonist, who will be 34 by the end of the game, will be a white male of Italian ancestry with jet black hair, roughly 185 cm (6'1") in height, with a "sun-kissed" tan.

Describing the storms and weather effects in the sequel as “genuinely insane,” the leaker says the game has also improved car customization options. As cars, clothes and even hairstyles change with time, older cars will become less relevant as time progresses and NPCs may even mock older vehicles, according to the leak.

Previous rumors about an alleged character called “The Mexican” have also been addressed, and it turns out he is a very wealthy man who peddles cocaine.

There will also be "a mafia" in the game but the leaker did not elaborate any further. Similar to GTA San Andreas, gamers will go to Liberty City (the GTA series equivalent of New York City – where the mob is strong) for certain missions.

Pop and rock will dominate the soundtrack with tracks by U.K. pop duo Pet Shop Boys featuring in the game, strengthening rumors that the game will largely take place in the 1980s as the band was formed in 1981.

The game will be very Slavoj Zizek-esque according to the leaker, as it will be “very politically incorrect,” just like the previous entries in the series. The announcement may happen as early as spring 2022, they concluded.

Those are all the details the leaker shared about GTA VI but there is another whisper that has me amped up – even though it is not about the upcoming sequel.

When asked about the possibility of a remastered version of GTA San Andreas, the leaker says: "The anniversary is coming up, right?"

I guess we'll be waiting for Oct. 26 then. So from us gamers to Rockstar: we are ready and eagerly waiting. A GTA San Andreas remake to keep us busy for the rest of our lives before Godot. We are ready to take a wild, vaporwave ride in Miami – sorry, Vice City.