Israel as an apartheid state 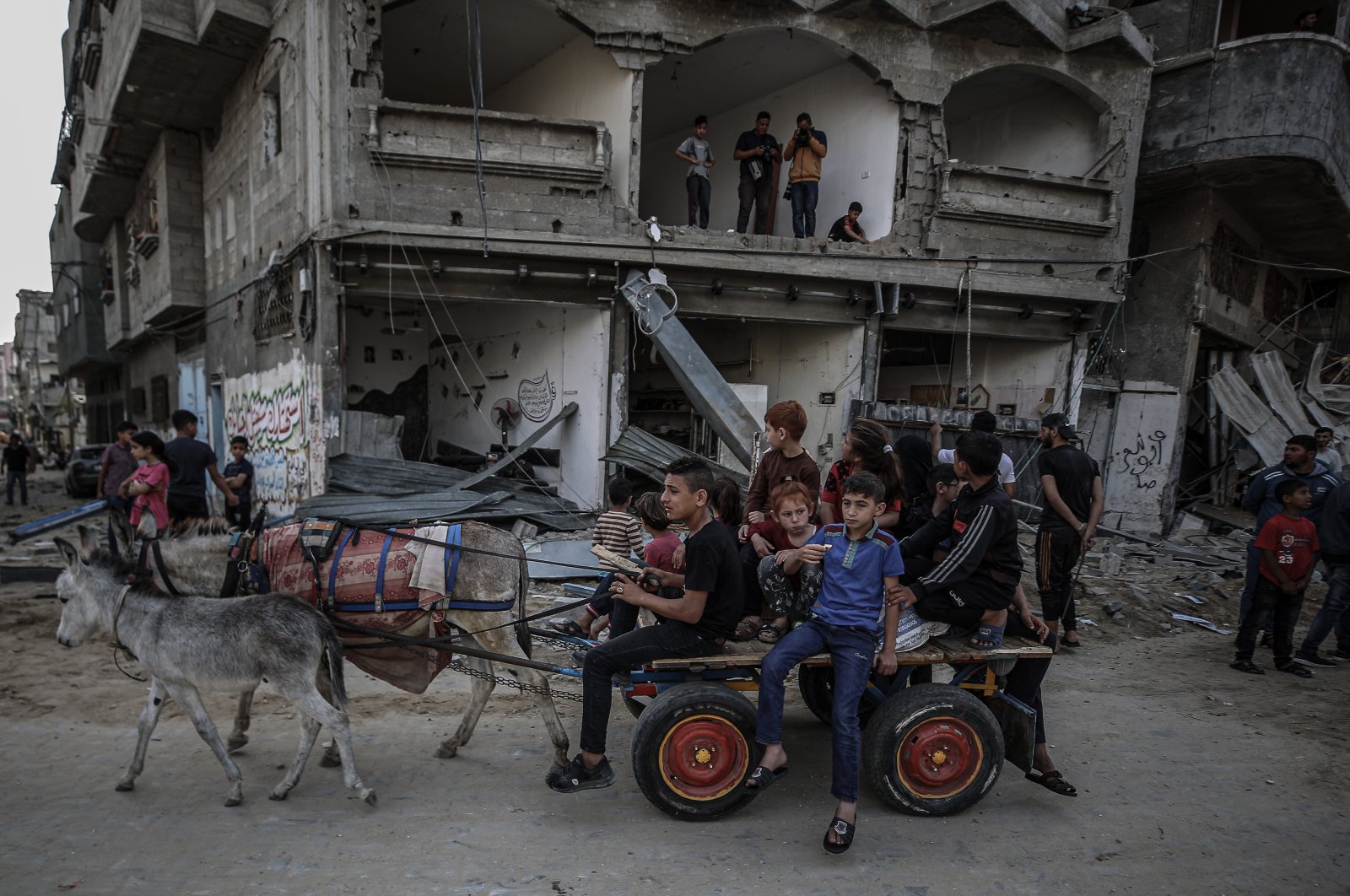 Palestinian civilians fleeing their hometown amid Israeli bombardments in the Gaza Strip, Palestine, May 21, 2021. (AA Photo)
by Hilal Kaplan May 21, 2021 12:05 am
RECOMMENDED

Israel is the only country that, on one hand, follows the policies of a racist apartheid regime but enjoys unconditional support from all Western states. This is the reason why Israel shows the audacity to present itself as “the only democracy in the Middle East.” However, the truth is far from it.

Every year, Israel occupies more territories that should be under the Palestinian Authority (PA). The only ruling authority here is Israel and therefore it is both committing the crime of occupying and driving the Palestinians out of their lands and homes while at the same time, allowing illegal settlers to move in. The 2018 Nation-State Law, passed by the Israeli parliament, is the clearest proof that this illegal settlement policy is supported by the state. Indeed, thanks to this very law, Israel has proved that its laws are also the laws of the apartheid state.

The Nation-State Law states that “the right to exercise national self-determination” in Israel is “unique to the Jewish people.” It establishes the “Jewish settlement as a national value” and mandates that the state “will encourage and promote its establishment and development.” It also defines Hebrew as Israel’s official language, and downgrades Arabic – a language widely spoken by Arab Israelis – to a “special status.”

'The Law of Return'

Furthermore, according to the law entitled “The Law of Return,” all Jews living in Israel are granted citizenship rights directly, regardless of their place of birth and they are allowed to maintain their Israeli citizenship even if they move out of the country. By contrast, millions of Palestinians, who have lived there for generations, are labeled refugees and are prohibited from returning to the country thanks to this illegal settlement policy of Israel.

In addition, all Jewish Israeli citizens have the right to travel freely within the borders of the country, as opposed to ethnic Arabs who are given color-coded ID cards depending on their location. They have to wait in long queues at checkpoints, under the supervision of heavily armed soldiers, on their way from one city to another.

Another crucial point is that in illegal Jewish settlements, access to electricity and clean water is substantially easier and even the bus stops are different from those in Palestinian neighborhoods. Of course, let's not forget that every aspect of Gaza's access to water, medicine and electricity is controlled by Israel, who does not hesitate to drop tons of bombs on the enclave, whenever there are protests anywhere in the country.

As a matter of fact, at the beginning of the latest Gaza attack, Israel had tried to force the Arabs out of their homes in East Jerusalem's Sheikh Jarrah neighborhood. When the residents protested, Israel attacked civilians worshiping at the Al-Aqsa Mosque, killing 21 people, including nine children. As of today, 217 people, including 63 children and 34 women, were killed by Israeli forces after Gaza finally responded with rockets.

Just like the famous saying: “Take my water, destroy my house, take my job, steal my land, throw my father in jail, kill my mother, bomb my country, starve us all, humiliate us all, but still I'm guilty, why: because I responded with a rocket."

In a 213-page report "A Threshold Crossed: Israeli Authorities and the Crimes of Apartheid and Persecution," the U.S.-based Human Rights Watch (HRW), one of the world's most respected non-governmental organizations, identified Israel as an "apartheid state."

This is only the start because a threshold has really been crossed.