New reshuffle in the Gulf region 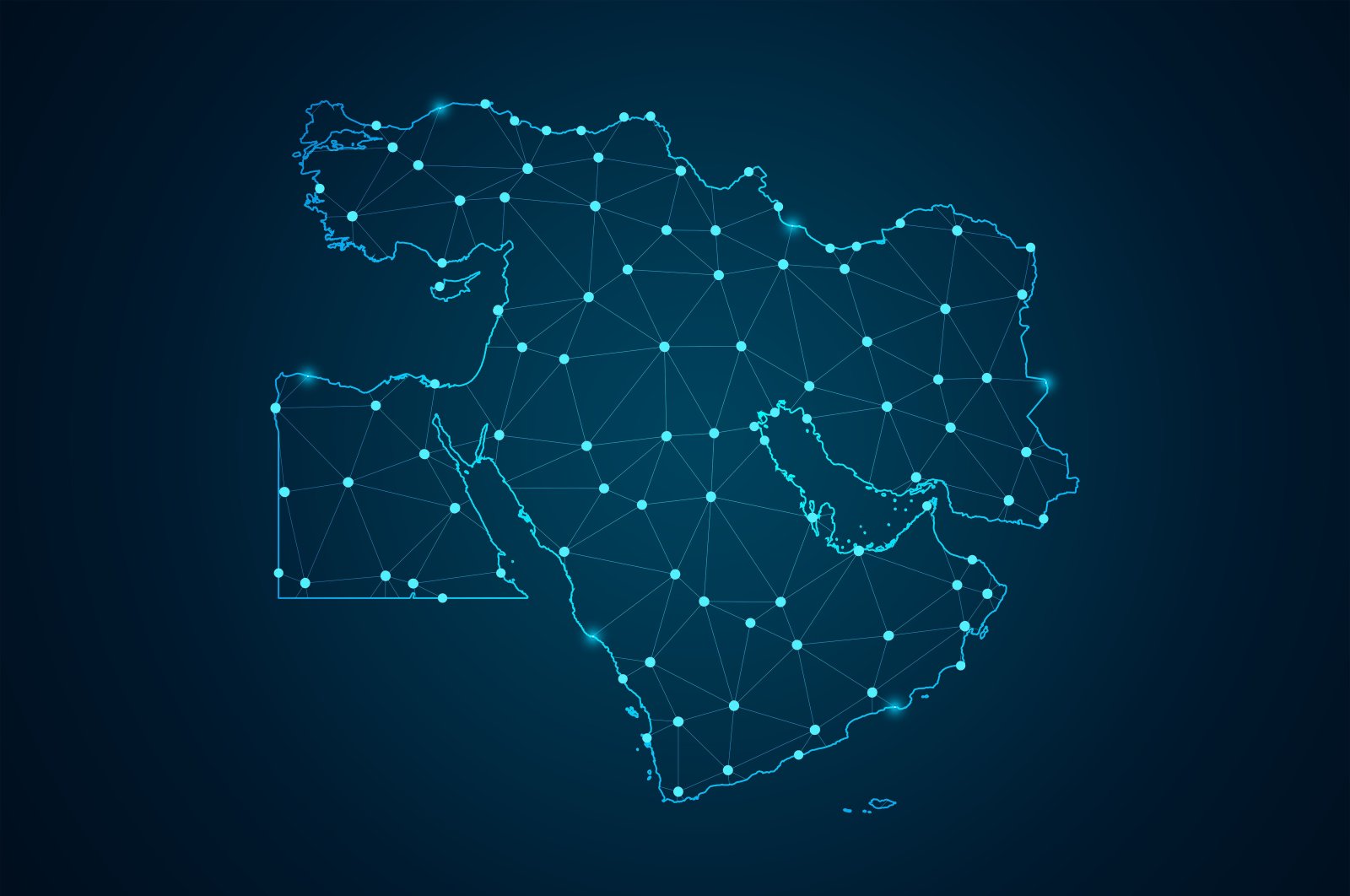 An illustration shows the map of Turkey, the Middle East and the Gulf region. (Photo by Shutterstock)
by Muhittin Ataman Dec 15, 2021 12:05 am

The wave of normalization promises to further improve regional strength

Since the eruption of the Arab insurgencies and revolutions, the Gulf states have restructured their foreign policy orientations several times. During the first two years, they were generally on the defensive against the wave of mass protests and revolutionary movements. Then, they initiated a counterrevolutionary process in 2013 and replaced democratic polities with personalistic and authoritarian regimes like Egypt. In the third phase, they formed an alliance, known as the “orb alliance,” under the leadership of former United States President Donald Trump with the encouragement of the U.S. government. Thus, they tried to institutionalize their regional cooperation and strategic partnership. However, after the collapse of the Trumpian “orb alliance” and the beginning of Joe Biden's administration, all regional states had to restructure their foreign policy orientations.

As with many foreign policy issues, Biden declared that he would reverse at least some of Trump's policies in the Middle East. One of the first reactions to come from a regional country came from the Gulf. The Trumpian states of the Gulf, namely the United Arab Emirates (UAE), Saudi Arabia and Bahrain, initiated a normalization process, starting with Qatar, then with other regional countries such as Turkey. The Trumpist Gulf countries restored their diplomatic relations with Qatar after the Al-Ula Gulf Cooperation Council (GCC) Summit in January 2021.

As a continuation of the normalization with the regional actors, the Trumpist Gulf states made some cooperative steps in Turkey's direction. There are several reasons why the Gulf states have been trying to improve their relations with Ankara. The first reason is the Biden factor as mentioned above. With the change of the government in the U.S, the Biden administration declared it will not issue the Gulf states a blank check. Certain discouraging statements by U.S. officials have led Gulf authorities to shuffle their regional policies, follow more conciliatory and cooperative regional policies, and deescalate regional tensions.

Second, the U.S.-Chinese rivalry and conflict has emerged as another global dynamic that has changed the priorities and policies of Middle Eastern countries. Compared with the tension in the trans-Pacific region and the trans-Atlantic alliance, the Middle East is not a U.S. priority. Therefore, it does not want threats to escalate in the region or for new conflicts to emerge that will consume its energy.

Third, the Gulf states do not perceive the mass democratic movements in the region as an imminent threat. In other words, the influence of prominent social and political movements has waned, and the powers of change do not pose an imminent threat to the personalistic and authoritarian regimes in the region. All effective social and political actors have been suppressed. Nowadays, there is no real opposition or threat to the regional status quo. Therefore, pro-status quo states have decided to stop otherizing states that support the powers of change such as Turkey and Qatar.

Fourth, the revisionist and interventionist policies of the Trumpist Gulf states on many regional issues have become an unbearable burden. In spite of their large-scale investments, the Gulf states were unable to effectively and successfully intervene in regional crises and their policies have failed in many areas. Many crises such as in Yemen, Libya and Sudan have turned into swamps for the Gulf countries; therefore, they want to disengage from these conflicts.

The visit of President Recep Tayyip Erdoğan to Qatar was seen as a response to the new regional developments. While Turkey normalizes its relations with the Trumpist Gulf states, it is determined to protect its strategic partnership with Qatar. In addition to 62 agreements and six joint statements signed in the last seven years, Ankara and Doha signed 15 agreements as part of the seventh meeting of the Turkey-Qatar Supreme Strategic Committee.

On the one hand, Turkey and Qatar have been trying to consolidate their bilateral relations. The volume of the bilateral trade has reached $1.6 billion, while Qatari investments in Turkey have passed $22 billion. The two countries will continue to cooperate in the military sector, and the Turkish military base in Doha will continue to serve common interests. They are determined to share know-how and experience in the management of their respective domestic problems. For instance, Turkey declared that it will contribute to the security of Doha during the 2022 World Cup.

On the other hand, Turkey and Qatar are determined to share similar views, follow parallel policies and cooperate on regional issues such as Syria, Yemen, Libya, Palestine and Afghanistan. Once these two countries have normalized relations with other Gulf states, it will be much easier to improve their collaboration in regional issues. They played a vital role in supporting the legitimate government of Libya, the Government of National Accord (GNA), against putschist Gen. Khalifa Haftar. Also, they have been cooperating on the Kabul Hamid Karzai International Airport after the Taliban took control of the city.

Furthermore, Erdoğan’s visit to Doha has shown that Turkey’s changing relations with other regional countries will not damage its relations with Qatar. In other words, besides the Iranian-led Shiite axis and the UAE-Saudi-Israeli alliance, Turkey and Qatar will continue to remain as the third axis of power in the Middle East. However, unlike the other two axes, these two countries have been following a more comprehensive, nonconfrontational and conciliatory regional policy. That is why the most recent normalization process will contribute to the improvement of the two countries' regional perspective.