Remembering the Oslo Accords through #changebloc 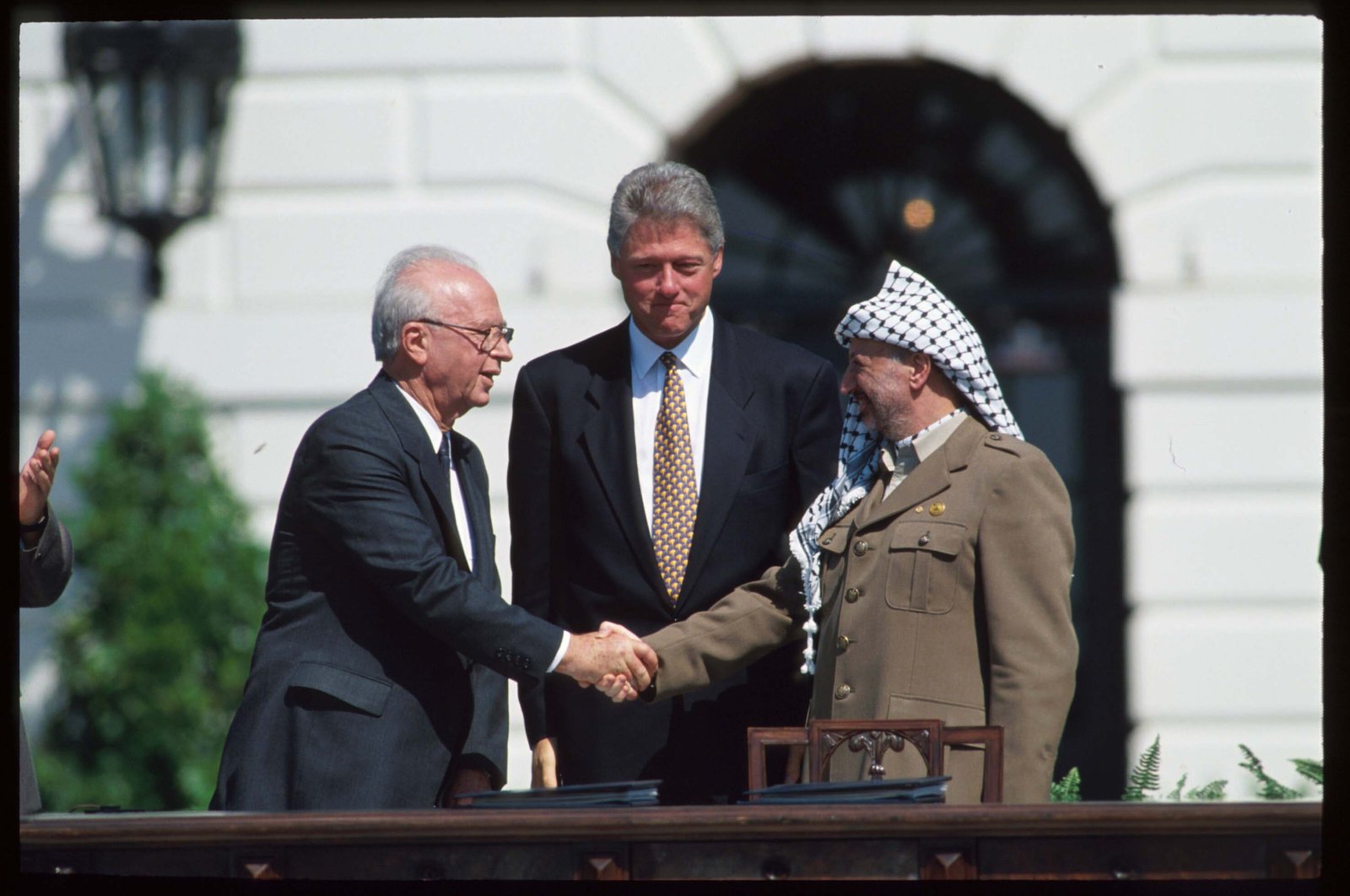 Thus, the opposition leader and the chairperson of Yesh Atid, Yair Lapid, was able to inform Israel's outgoing President Reuven Rivlin that he has succeeded in forming a coalition government in which Bennett will serve as the first prime minister.

The fact that the political power represented by "a Zionist and an Islamist," whose cooperation seems unforeseen even for an anecdote, could come together for a historical political coalition is proof of how unifying the "hatred against Netanyahu" is.

This political union, which is not expected to be long-term, took me back to the Oslo Accords period, which was a great source of hope when it was first signed.

Back in the recent past

Recognizing the legitimacy of the state of Israel against the recognition of a limited Palestinian Authority (PA) in Gaza and the West Bank was projected as an achievement to be crowned with the Nobel Peace Prize.

However, the brutal truth is that today neighborhoods of the West Bank are occupied by illegal settlers every day and left in pieces, while Gaza is no different from an "open-air prison" on which Israel arbitrarily rains tons of bombs every time it gets furious.

However, the fact that Rabin was besieged and humiliated by Israel in the period leading up to Arafat's death from the Second Intifada, which started after Rabin was murdered by an extreme right-wing Israeli and former Israeli Prime Minister Ariel Sharon raided Al-Aqsa Mosque, has engraved in our memories how misleading that photograph was.

Both leaders were forced to bid farewell to this world, receiving the "reward" for the peace effort.

I remember when the Likud Party won the elections in 1996, its leader Netanyahu argued that the Oslo Accords had violated "the historic rights of the Jewish people to the land of Israel."

In other words, it is possible to say today that a fierce Zionist and an Islamist leader unseated one of the leaders who eliminated the Oslo agreement.

Yes, perhaps the only thing the bloc agrees on is the anti-Netanyahu concept, and this bloc's life will likely be as fleeting as the Arafat-Rabin handshake.

However, no matter how we look at it, hats should be laid on this irony of divine justice.