What is the vaccine nationalism? 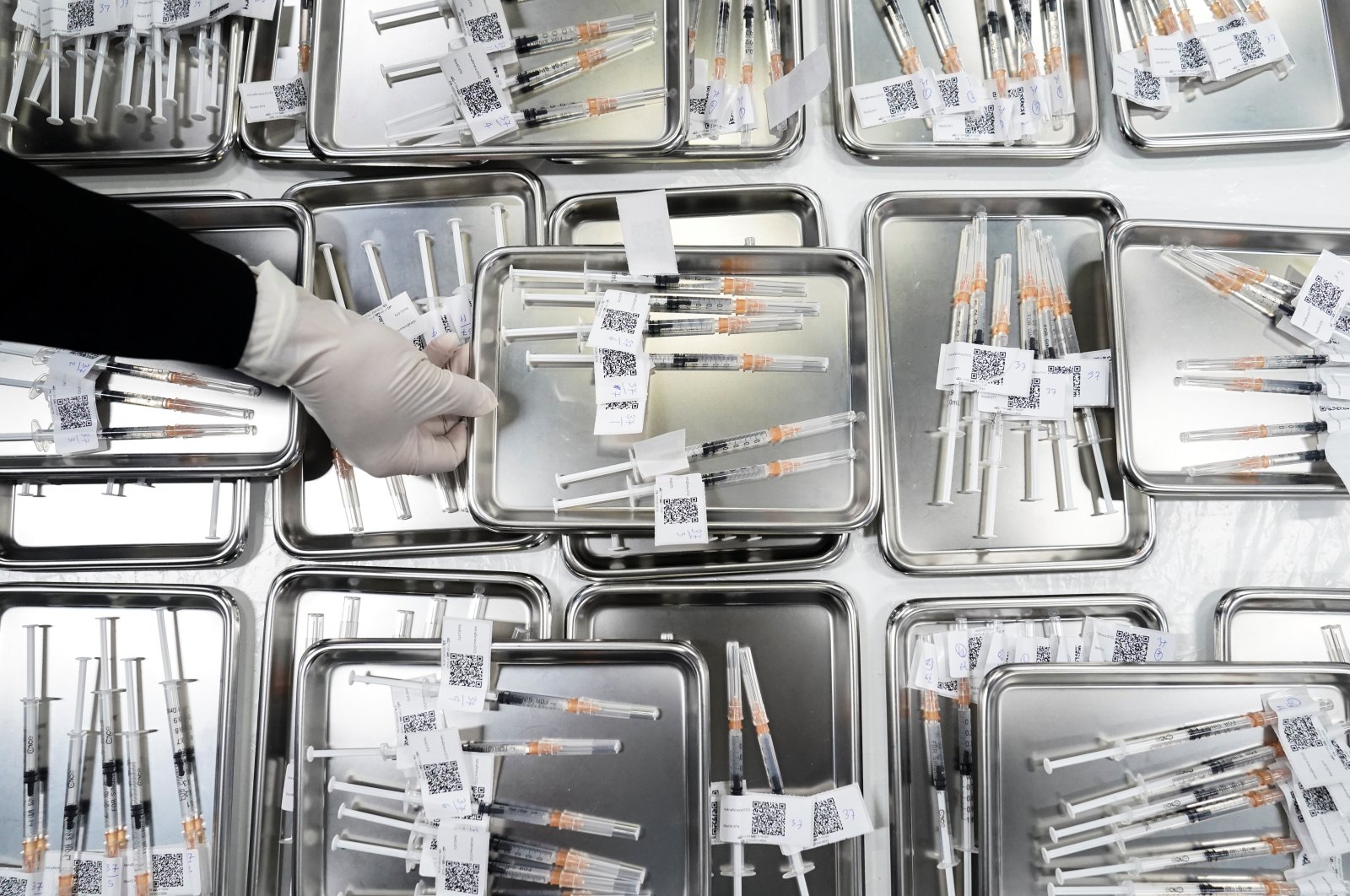 AstraZeneca COVID-19 vaccine syringes are prepared as people are vaccinated against the coronavirus at the Central Vaccination Center, inside Bang Sue Grand Station, Thailand, June 21, 2021. (Reuters Photo)
by Melih Altınok Jun 24, 2021 12:05 am
RECOMMENDED

There is vaccine mobilization all around the world. People are being encouraged to get inoculated with vaccines that may include unknown side effects and are believed to only protect the person who has received them. In addition, the campaigns are often accompanied by slogans suggesting "civic duty."

Even scientific objections to the function of vaccines are labeled "spoiled" because we are going through an extraordinary time as humanity. The critiques are evaded as if it is not the right time to make them.

There are even states that use the vaccine requirement to endanger the basic universal rights and freedoms that humanity has gained over hundreds of years. They discuss fines and prison sentences for those who refuse to be vaccinated. Some countries and leaders have even threatened to denaturalize those who are not vaccinated, like Philippines President Rodrigo Duterte.

Yes, as you can see, I have serious doubts over the vaccines released in less than a year. I'm not anti-vaccine. If I was bitten by a dog, I would get vaccinated without hesitation. However, I know that it takes a minimum of five to six years for a vaccine to become available "safely."

But let's do as the World Health Organization (WHO) says. Let's accept that this is a risk we have to take in the name of public health.

So, why do some states prefer only certain vaccine brands when all sacrifices are considered a duty in line with such a "higher goal"?

An insight into 'duty'

For instance, it has been reported that as of June 25, Germany will only allow people who have received two doses of BioNTech, Moderna, AstraZeneca, or Johnson and Johnson's vaccines, all approved by the European Medicines Agency (EMA), to enter the country.

None of the vaccines have even reached Phase 3 of the trial process. Since there is no healthy follow-up mechanism regarding side effects and deaths, we are deprived of a scientific basis to confirm one vaccine's reliability over others.

Moreover, there are European countries that have stopped the use of brands that Germany considers reliable compared to Chinese and Russian vaccines, such as Johnson and Johnson. There are also serious claims of deaths related to the Moderna vaccine.

So how can we be sure that the preference of vaccine brands by countries is based on scientific rather than political reasons?

There is no answer to this question but of course, this double standard and inequality in vaccination rates will go down in history as the world average reaches 20%, with North America at 40% while the African continent remains at only 2%.

The recent statements made by President Recep Tayyip Erdogan, who is preparing to launch the vaccine named "Turkovac" by the end of the year, should be hung at the entrance of the WHO building as a pandemic experience:

“Cooperation in the face of the pandemic, which has affected even the most remote places of the world, from the tropical islands to Siberia, has been replaced by protectionist and competitive policies. While the burden of billions of people will be lightened only by solidarity, our African brothers, Asian and Latin American friends have been left to their fate ... It is important not to allow vaccine nationalism to repeat the mistakes made during the pandemic period. The vaccine should not be used as a tool of blackmail, coercion or policy dictation.”