What's behind the Saudi-Iran rapprochement? 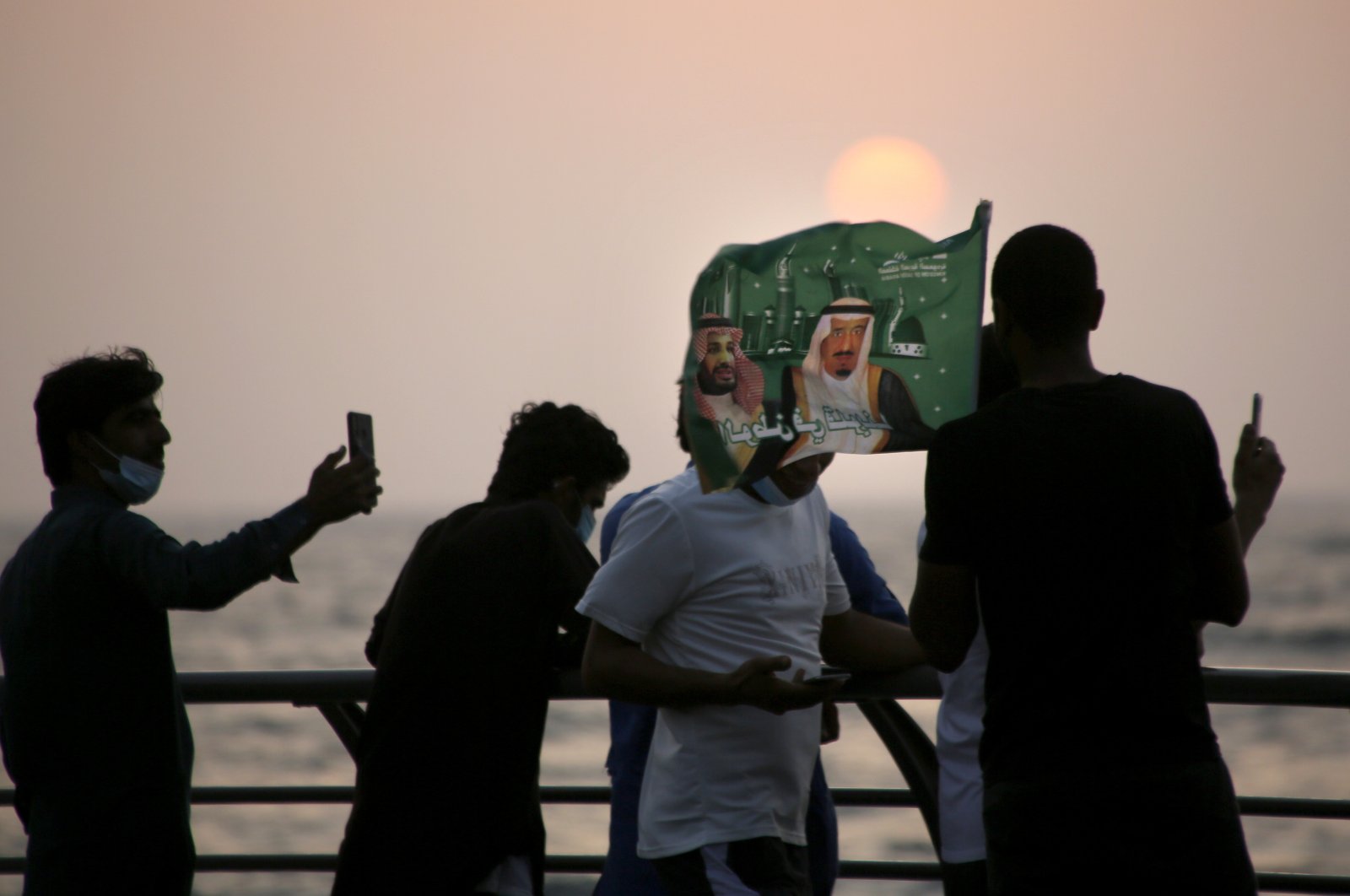 Saudis watch the sunset as they wave a flag with pictures of Saudi King Salman (R) and Crown Prince Mohammed bin Salman (L) during a celebration marking National Day to commemorate the unification of the country as the Kingdom of Saudi Arabia, in Jiddah, Saudi Arabia, Sept. 23, 2020. (AP Photo)
by Burhanettin Duran May 03, 2021 12:05 am
RECOMMENDED

The rapprochement being attempted by Saudi Arabia and Iran is the latest example of repositioning in the Middle East. Saudi Crown Prince Mohammed bin Salman (MBS) told his country’s public broadcaster last week that he wanted “a good and distinguished relationship” with Iran.

MBS also expressed the desire to resolve problems that Saudi Arabia and its regional partners have had with Tehran in order to develop a mutually beneficial and positive relationship.

According to media reports, officials from the two countries have been meeting secretly since January.

It is no secret that the Saudis, who the Biden administration abandoned in Yemen, wish to come out of isolation. The crown prince's decision to abandon building an anti-Iran bloc has many dimensions to it.

The Trump administration’s policy of maximum pressure, a strategy devised in cooperation with Gulf leaders, failed to strongarm Tehran into negotiations. Eager to reinstate the nuclear deal, the Biden administration is unlikely to insist on former U.S. Secretary of State Mike Pompeo’s 12 conditions.

Secondly, an attempt by the Gulf’s two ambitious crown princes to reshape the region has failed. MBS, whose reputation was severely tarnished due to the murder of journalist Jamal Khashoggi, remains committed to "Vision 2030" and fighting extremism.

Still, his international standing is nowhere near what it was when he spent a month touring Washington. Mohammed bin Zayed (MBZ), the crown prince of Abu Dhabi, in turn, has been trying to repair ties behind closed doors. His plan for a new regional order has failed and the nation was unsuccessful in containing both Iran and Turkey.

Indeed, not even the Qatar blockade managed to provide results. The Gulf states aborted the mission on Jan. 5, 2021, even though Doha did not agree to any of their demands – including the closure of Turkey’s military base in the country.

Moreover, it became clear that the United States would continue its withdrawal from the region. Washington is expected to focus on Iraq, following its retreat from Afghanistan, and to stick to its existing commitments in Syria, rather than taking on more. That situation fuels competition between not only regional powers but Russia, too.

Last but not least, all players seek to repair strained relations and make a fresh start in light of the emerging balance of power. States are taking precautionary steps now so as not to be caught off guard when the next power struggle occurs.

Turkey’s normalization attempts with Egypt and the United Arab Emirates (UAE), along with its rumored pursuit of de-escalation with Saudi Arabia and Israel, are directly related to this reality.

Likewise, Israel knows that the process of normalization with Arab nations slowed after former U.S. President Donald Trump's defeat and it knows Iran will have a stronger hand in this new chapter.

One cannot expect normalization attempts in pursuit of a fresh start by regional powers like Turkey, Saudi Arabia, Egypt, Iran and Israel to yield immediate results. No party is willing to make major concessions and thus they will have to compromise, each making partial modifications.

After all, no country intends to abandon its respective policy that put strains on bilateral relations to begin with. For example, Saudi Arabia cannot reasonably expect Iran to shut down its nuclear program or to stop developing ballistic missiles. It will settle for a pause in attacks by Shiite militias, such as the Houthis.

Likewise, Egypt cannot expect Turkey to withdraw from Libya as part of its rapprochement. It is important to consider the limits of normalization when it comes to Turkish foreign policy. The process will be slow, but there will be dynamic changes made to address real issues.

We are on the brink of a new era, one in which all parties will monitor one another, where all parties are free to speak and negotiate with whoever they please.