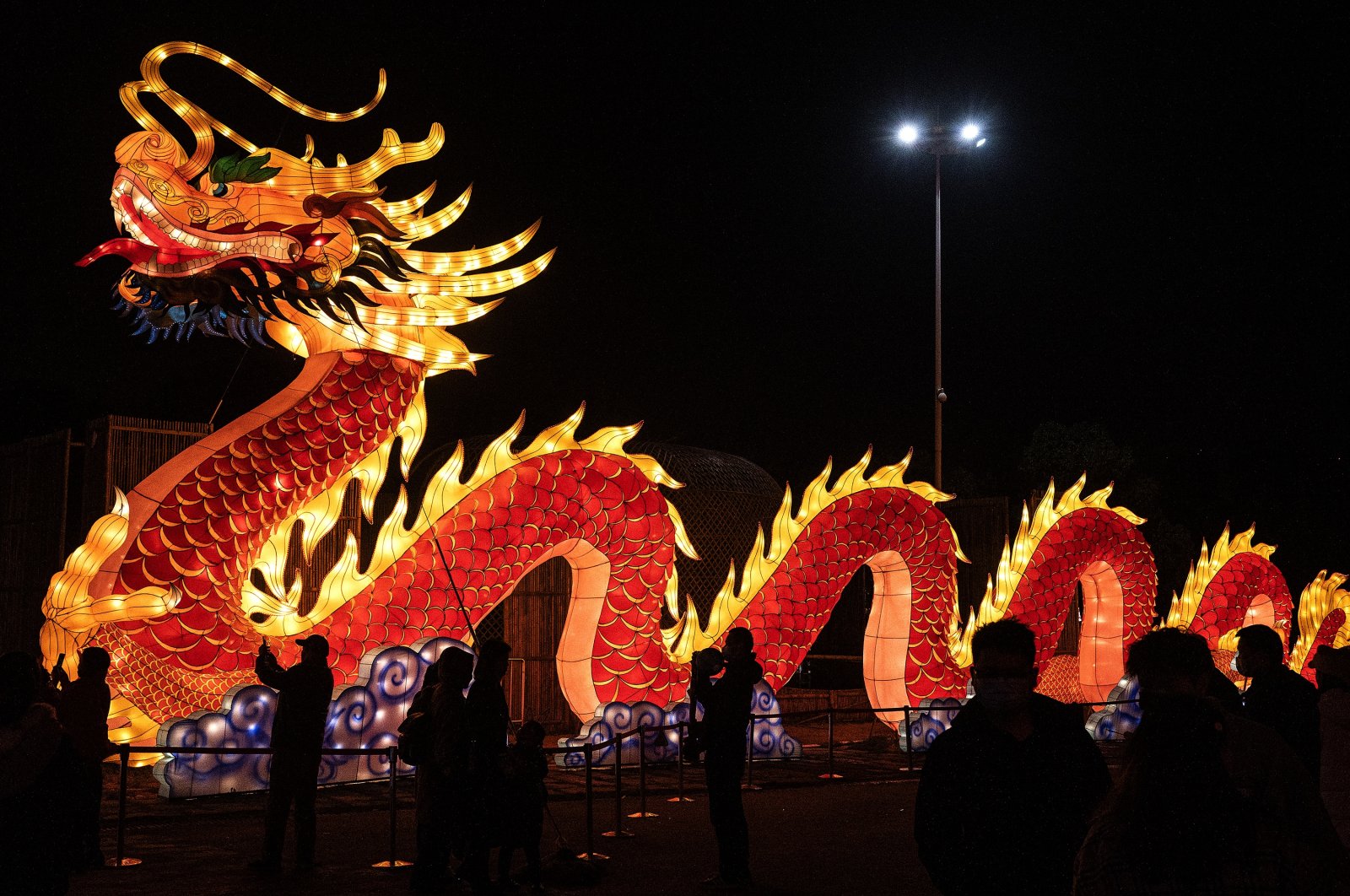 Turkey has exercised restraint in the past on the issue of China’s persecution of its Muslim Uyghur population in Xinjiang who has a close cultural and religious affinity with the Turkic people of Central Asia and Turkey.

But some Turkish politicians have recently criticized China’s treatment of the Uyghurs.

In fact, China’s ambassador in Ankara, Liu Shaobin, was summoned by the Turkish government over his outburst against criticism by the Turkish politicians.

Liu tweeted through the Chinese Embassy site: "The Chinese side determinedly opposes any person of power that in any way challenges China's sovereignty and territorial integrity and strongly condemns this," it said. "The Chinese side reserves its legitimate right to respond."

While Akşener tweeted that "we will not remain silent about their (Uyghur) persecution and martyrdom," Yavaş said, "we still feel the pain of the massacre" in 1990.

The 40,000 strong Uyghur population living in Turkey has urged the Turkish government to change its approach to Beijing following an extradition treaty between Turkey and China which, Uyghurs fear, could be used to deport them back to China to face trumped-up charges. The community also staged massive protests during Chinese Foreign Minister Wang Yi’s Ankara visit last month.

United Nations experts estimate that at least a million Uyghurs and other Muslims are held in detention camps in Xinjiang. The United States and its allies have condemned China’s repressive treatment of Uyghurs as "genocide and crimes against humanity."

China’s image has been badly tarnished in other countries too, not only because of the persecution of Uyghurs but also because of the situation in Hong Kong, Tibet, the COVID-19 pandemic and cover-up of the outbreak, as well as aggressive posturing by Chinese diplomats with their "wolf warrior" diplomacy using threats, coercion and even insults to influence local opinion.

China’s consul general in Rio de Janeiro, Li Yang in a tweet blamed Trudeau for the diplomatic crisis. Using a condescending tone, Li tweeted, "Boy, your greatest achievement is to have ruined the friendly relations between China and Canada, and have turned Canada into a running dog of the U.S."

The term "running dog," borrowed from Maoist rhetoric, is often used to describe nations that are subservient to countries like the U.S.

China’s ambassador in Ottawa, Cong Peiwu, warned Trudeau against granting asylum to Hong Kong activists, threatening that this could have consequences for the "health and security" of the 300,000 Canadians living in Hong Kong rocked by protests and a clampdown by China.

Meanwhile, the U.S. and its allies are considering a boycott of the 2022 Winter Olympics in China, according to State Department spokesperson Ned Price at a press briefing.

A boycott may have ramifications for China as it could help persuade international legal institutions to open an investigation into allegations of genocide in Xinjiang, according to recent comments by the human rights lawyer Djaouida Staci.

The list of countries where China has ruffled feathers is long. Australian Foreign Minister Marise Payne, in a March 23 joint statement with her New Zealand counterpart, expressed "grave concerns" over reports of China’s human rights abuses against Uyghurs and other Muslim minorities in Xinjiang, and welcomed the measures taken by the U.S., Canada, the United Kingdom and the European Union. Australia has also called for investigating the origins of the coronavirus.

Thereupon, Chinese ambassador to Australia Cheng Jingye warned that people should not be under the illusion "that China would swallow the bitter pill" of meddling in its internal affairs, nor attempts to mount a "pressure campaign."

Ties between Australia and its largest trading partner have steadily deteriorated since last April, when Prime Minister Scott Morrison’s government called for independent investigators to be allowed into Wuhan to investigate the origins of the coronavirus. China has imposed an unofficial ban on Australian products though it has largely been offset with Australian businesses finding new overseas markets for their goods.

Besides causing tensions with the neighboring states of the South China Sea with its aggressive posturing and forcible takeover of islands in the region – China has dismissed claims to the islands by Brunei, Malaysia, the Philippines, Vietnam and Taiwan – China was also locked in what is called an "eyeball-to-eyeball" confrontation with India in the Indian state of Ladakh in the Himalayan region.

Though no firearms were used because of a mutually agreed prohibition of weapons in the border region, 20 Indian soldiers died in the hand-to-hand scuffle using stones, iron rods and nail-studded wooden planks. Chinese soldiers were also killed but China did not release any numbers or details.

The border incident sparked widespread anti-Chinese protests in India, with demonstrators burning Chinese flags and portraits of Chinese leader Xi Jinping and India ordering a boycott of certain Chinese products. The flare-up was due to an ill-defined 3,440 km (2,100 mile) long-disputed border.

Myanmar has also witnessed outbursts of anti-Chinese sentiments, with demonstrations held over China’s lack of concern for those killed by the military during protests and attacks on Chinese-run factories in the country.

China’s muted response to the Feb. 1 military coup that overthrew an elected government and the ensuing violence is seen as support for the junta. China, a major investor in Myanmar, shares borders with Myanmar which is also an important part of Xi’s Belt and Road Initiative (BRI).

If the military is ousted or forced to back down, it could unleash a backlash against China whose long-term strategic interests in this part of the world could be harmed.

China’s aggressive posturing has become its own worst enemy in many countries around the world. As the COVID-19 virus spread last year, Beijing tried to mollify international opinion by offering medical assistance and hoping to gain political mileage in the recipient countries.

Lack of confidence in China and its president is at a historic high in every country for which trend data is available, except Japan and Spain. In most countries, the percent saying they have little or no confidence in him has grown by double digits since last year. For example, in the Netherlands, around 50% distrusted Xi last year, today this has grown to 70%.

These figures reflect an overwhelming deterioration of China's public image and its leadership even though there is – still – interest in China’s economic strength. But this is no compensation for the unusually low level of trust and confidence in China and the drying up of goodwill for it. China needs to reset its relationship with the international community based on mutual trust and respect for others’ sovereignty.