Is Afghanistan a playground for new proxy wars? 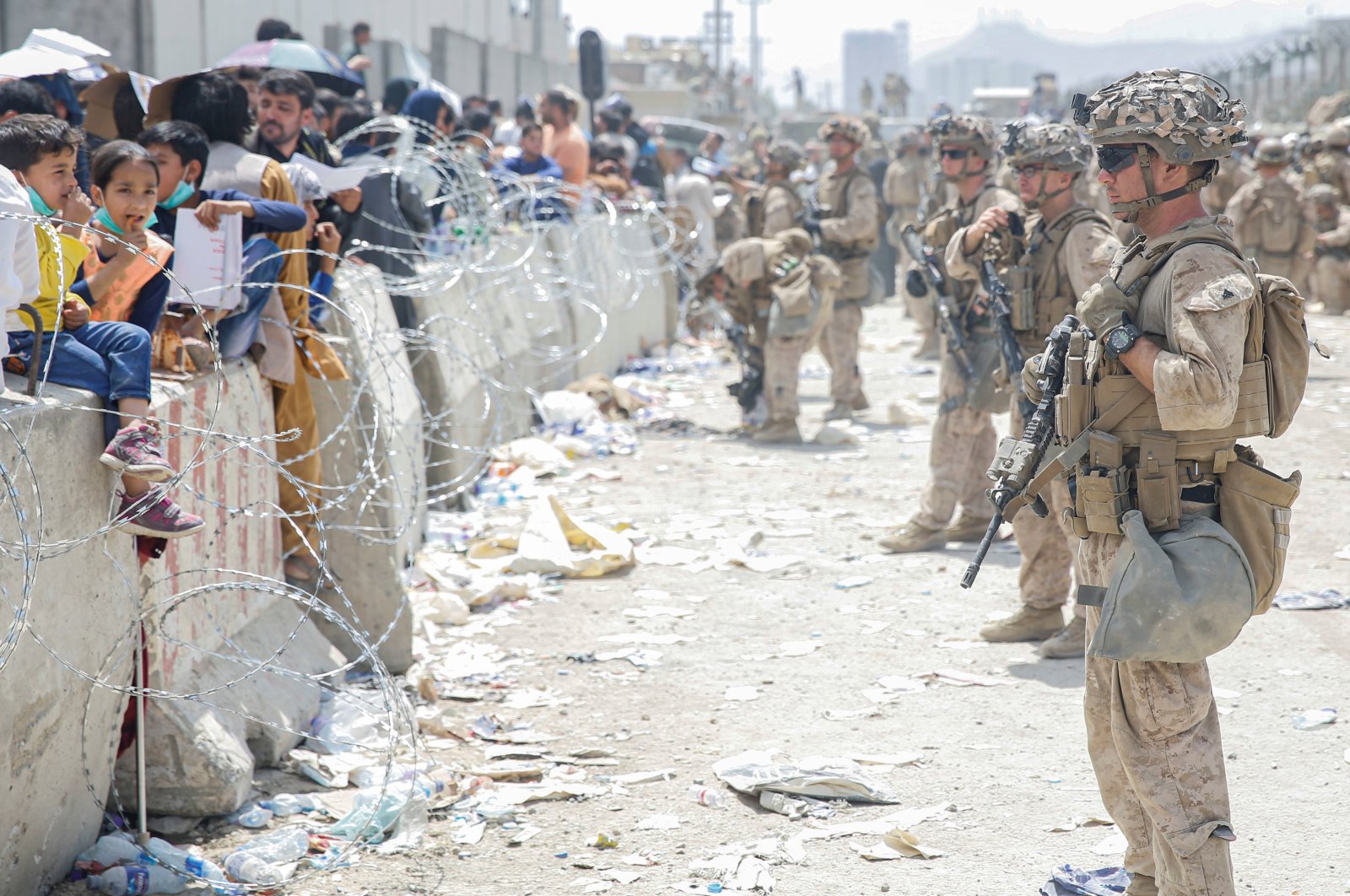 Those who think that the war ended with the U.S. withdrawal from Afghanistan and the Taliban taking control are mistaken. The balance of relations in Afghanistan may reveal new and different wars

Those pleased with the U.S. withdrawal and seeing the Taliban as new rulers of Kabul are experiencing sweet deceit. America and its allies are not going anywhere; in fact, they are repositioning themselves for yet another round of conflicts and wars.

In a recently published article entitled “Why we must not abandon the people of Afghanistan – for their sakes and ours,” Tony Blair has thoroughly discussed Western strategies in the context of Afghanistan.

It’s not rocket science for any ordinary reader to understand exactly what Blair thinks and what the West is going to do in the months to come.

America and China have been in a confrontational mode for a long time. Every leading American think-tank, newspaper, TV channel, radio station and university journal has weighed in on a single theme: The Containment of China. This is arguably not because China is a giant trade competitor but because it is a challenger to American hegemony.

China’s Belt and Road Initiative (BRI) is facing a new competitor as America and its Western allies have announced a grand infrastructure plan.

Throughout the Middle East, America is shifting and reshuffling its military bases to leverage against Iran while unusual heavy American deployments in the South China Sea to contain China are early signs of the beginning of a new wargame.

Soon after the return of the Taliban to Kabul, both China and Russia vowed to work closely with the Taliban, mainly to prevent security risks spilling over from Afghanistan and most notably to back an “inclusive political structure in Kabul cut off from terrorist groups.”

China and Russia share the same challenge: the infiltration of terrorist groups from Afghanistan. Last week, Russian President Vladimir Putin cautioned against the spillover of radical groups from Afghanistan while the Chinese are worried about the Wakhan Corridor, a narrow and remote “strip of Afghan high land in the mountains becoming a conduit for Uyghur militancy in Xinjiang.”

The adjacent Mustagh Range in the region links Afghanistan and Tajikistan, another hot spot that could explode at any moment. During a recent SCO Summit in Dushanbe on Afghanistan, Tajikistan’s President Emomali Rahmon blamed the Taliban for the escalating tension in Panjshir Province. More worryingly, the Russia-led Collective Security Treaty Organization (CSTO) had shown its willingness to deploy troops along the Tajik-Afghan border considering the changing security situation, whilst Iran has openly expressed its concerns over the Taliban’s victory in Panjshir and even blamed Pakistan for backing the Taliban in Panjshir.

Given the Iranian backing of several proxies in Syria, Bahrain, Kuwait, Iraq, Yemen and beyond, it seems yet another round of proxy wars between Shiite and Sunni powers may start in Afghanistan. For many terrorism experts, the biggest challenge ahead is how to avoid Afghanistan becoming a “failed state” because, as Noor Huda Ismail cautions, “history shows that failed states can become fertile grounds for transnational terrorist groups.”

Next door, Pakistan is genuinely concerned about the rise of Tehrik-i-Taliban Pakistan (TTP), a terrorist organization involved in a series of deadly attacks on mosques, public places and army convoys.

Both India and Pakistan have deep strategic interests in Afghanistan. This situation allows many experts to believe that once the U.S leaves, new proxies may start in the region. Aarti Betigeri thinks that this time, however, there is the very real potential that the conflict could bear the hallmarks of a proxy war between two of Afghanistan's closest allies, both nuclear-armed: India and Pakistan.

This is happening at a time when the Taliban are in charge of Kabul. Can the new rulers in Kabul stop the TTP and Daesh? There’s a big challenge ahead for the Taliban in Kabul, who have assured foreign powers that no terrorist organization could operate from their soil.

For a long time, Pakistan has been a victim of cross-border terrorism mainly because of the Indian backing of terrorist organizations spreading violence in resource-rich Baluchistan province.

Though the Taliban has asserted that they will not allow any radical group to infiltrate and operate in neighboring countries, the point is whether or not they can overcome Daesh-Khorasan Province (Daesh-K) or other groups, especially since Daesh-K recently succeeded in launching deadly attacks on Kabul airport. That means that Daesh-K has active “sleeper cells” in Afghanistan and in the neighboring countries.

The ingredients for war are already there in Afghanistan: weapons, money and foot soldiers. Also, where are members of the surrendered Afghan army? Have they merged with the Taliban? Have they fled to neighboring countries as refugees? Or are they hiding and waiting for another call to join Daesh-K? Or maybe there will be another terrorist group to take this proxy war into the heart of China and Russia.

In an editorial, The National predicted that “Afghanistan could become (a) battleground for (a) U.S.-Iran proxy war.” Afghanistan has long been a “proxy playground” for international powers.

Although a potentially peaceful Afghanistan could change the fate of the region, in contemporary times of conflicts, and with the ongoing proxy wars between regional and international powers, it wouldn’t serve its purpose for those engaged in achieving their imperial ambitions. Are we going to witness another round of horrible proxy wars?