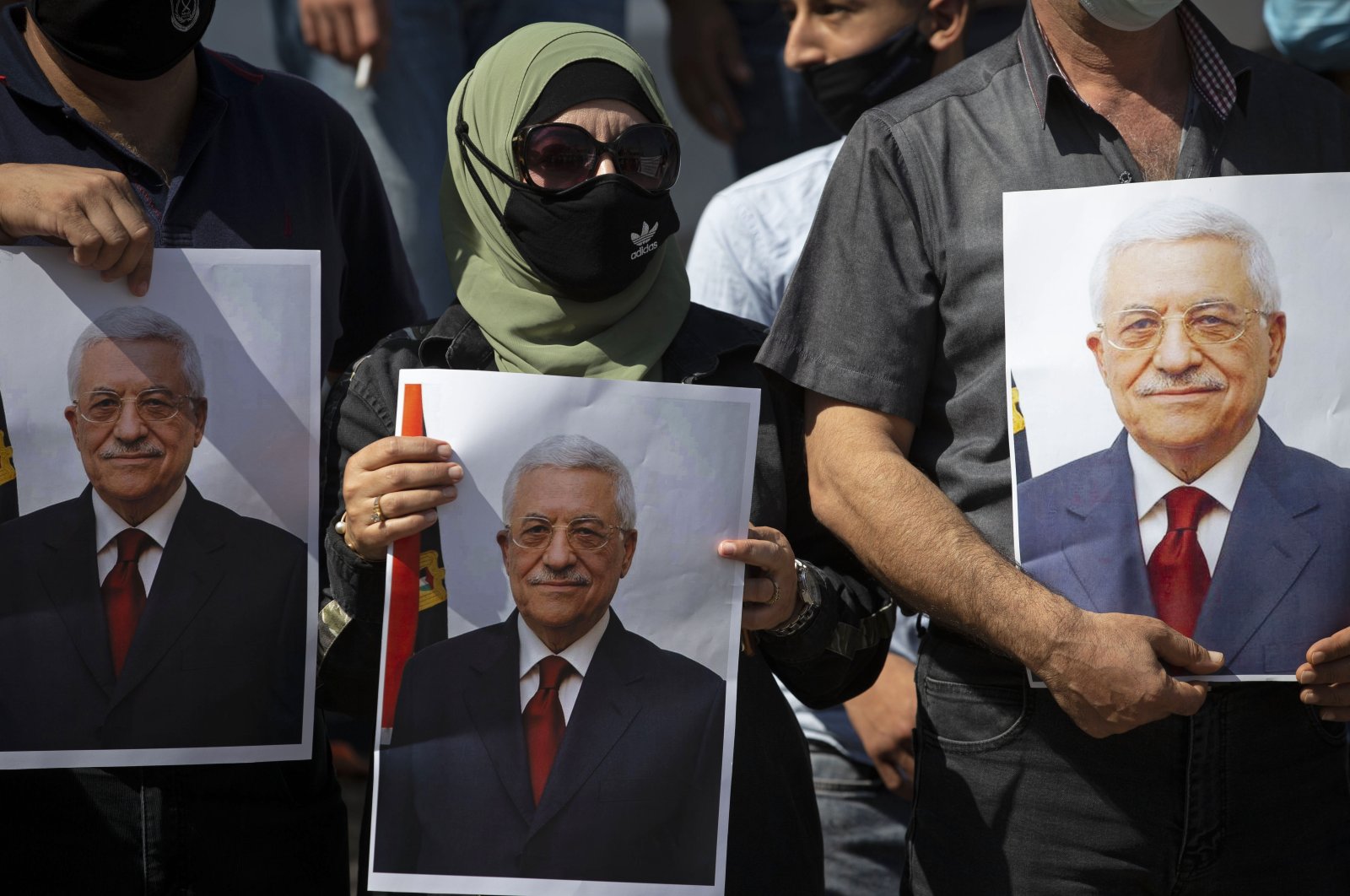 Under the decree, the legislative elections will be held on May 22, the presidential elections on July 31 and the PNC elections on Aug. 31.

The law considers the legislative elections – which will be held in the areas administered by the Palestinian Authority (PA) – the first phase in a greater plan to form and establish the PNC, which represents the Palestinian people at home, abroad and in the diaspora.

The PNC elections will be held wherever possible, the decree says.

Abbas’s announcement came one week after he entered the 16th year of his four-year term in office given that the last presidential election was held on Jan. 9, 2005, when Abbas was elected to succeed the legendary Palestinian leader Yasser Arafat.

Palestinian sources said the decision to hold general elections this year was made as a gesture to newly elected U.S. President Joe Biden, following the nation's difficult interactions with former President Donald Trump.

The Biden administration is currently expected to reverse certain aspects of the Trump policy toward the PA by attempting to reestablish contact and, eventually, reinstate some economic assistance.

The planned elections will be the first since 2006, when the PLC elections resulted in a Hamas victory, triggering a strong struggle between the rival Palestinian groups Hamas and Fatah.

The dispute reached its peak in 2007, when Hamas seized control of the Gaza Strip, ending Abbas’s rule over the coastal enclave, home to some 2 million Palestinians.

Since then, the 132-member Palestinian Legislative Council (PLC), the legislature of the PA, has been effectively paralyzed due to the ongoing Fatah-Hamas division.

Gaza is now a Hamas stronghold, while Abbas's power base is in the Israeli-occupied West Bank.

Ending the split between the two parties has consistently been a high priority for the Palestinian people, who blame both for its perpetuation in roughly equal measures.

The two sides have signed numerous reconciliation deals in response to public pressure but all failed to resolve the deep ideological disagreements and fundamental questions such as the fate of Hamas’s arms and its future role in the Palestine Liberation Organization (PLO).

Hamas and several Palestinian factions and officials welcomed Abbas’s announcement regarding the elections, expressing their hope that the elections would pave the way for ending the dispute between Fatah and Hamas.

“The year 2021 will be the year of Palestinian democracy and unity,” said Ahmed Majdalani, member of the PLO Executive Committee. “Our people have paid a heavy price for the division between the West Bank and Gaza Strip,” he said.

In a statement, Hamas affirmed its readiness to ensure the success of the elections, underlining that Palestinians have the absolute right to choose their leaders and representatives.

“We worked over the past months to overcome all obstacles to reach this day, and we demonstrated great flexibility,” Hamas said in a statement, referring to negotiations between its leaders and senior Fatah officials over the past few months in Turkey, Qatar and Egypt.

Hamas officials expressed hope that the elections would be fair, transparent and that residents of East Jerusalem would participate.

Fatah also praised the decision to hold long-overdue elections, calling it “an expression of the will of the Palestinian people and the outcome of instructions, dialogue and a responsible and national effort in which the national interest prevailed over factionalism.”

Hussein al-Sheikh, head of the PA General Authority of Civil Affairs and member of the Fatah Central Committee (FCC), said that Abbas’s decree was an important step “on the path of strengthening democracy and partnership in the political regime, our people’s unity and an end to the division between the West Bank and Gaza Strip.”

PA Prime Minister Mohammad Shtayyeh also expressed his hope that the elections would end the split between the West Bank and Gaza Strip, saying that his government was ready to do whatever possible to facilitate the electoral process.

Dr. Hanna Nasir, the chairperson of the Central Elections Commission (CEC) in Palestine, called on all Palestinians to participate in the electoral process, promising that his commission would see to it that the vote is conducted in full transparency with integrity. adding that the voter registration process for the parliamentary and presidential elections will begin on Feb.10.

Israeli officials have not commented on the Palestinian elections to date. It is still unclear whether Israel will allow election procedures to take place in East Jerusalem, as it did in the past.

Israel considers Jerusalem its sovereign capital and suppresses any Palestinian activity within the city’s boundaries, raising concerns it could hinder the vote in occupied East Jerusalem. Around 340,000 Palestinians live in East Jerusalem, which they hope to make the capital of their future state.

Nasir said that the residents of East Jerusalem who hold Israeli-issued ID cards are automatically registered in the voter registry. He pointed out that there was no guarantee that the elections would take place in the holy city but expressed hope that international pressure would force Israel into allowing the polls.

On his part, Abbas has said that there would be no elections if East Jerusalem was excluded.

The European Union called for Israel to allow the Palestinians to hold their elections in East Jerusalem, which the EU considers part of the “Occupied Palestinian Territories.” The EU is also disturbed by Israel's acts in the West Bank.

“The EU also calls on Israeli authorities to facilitate the holding of elections across all the Palestinian territory,” the EU said.

In the last round of Palestinian national elections, in 2005 and 2006, Israeli officials initially said that Israel would not permit voting in East Jerusalem if Hamas participated and also detained several candidates who attempted to campaign in Jerusalem.

However, it eventually backed down, allowing Palestinians to cast ballots at several post offices in the eastern part of the capital.

Although the East Jerusalem issue was raised and resolved in previous elections, both matters remain highly contentious – even more so than usual now that Israel is gearing up for its own elections in March.

What are the obstacles?

A system of proportional representation has been decided on, with the election determining its makeup, also meaning that country will be a single electoral district.

Additionally, the commission will adhere to the PA health ministry's COVID-19 protocols “to ensure the safety of citizens and electoral staff," Nasir said.

It is still unclear what mechanism will be put in place to ensure a free election or whether international observers will take part.

Although the new decree has generated a certain level of enthusiasm in Palestinian society, many are doubtful the elections will bring sweeping change. Despite being the first polls in 15 years, some doubt the elections will even take place given the country's history of failed initiatives due to factors that remain unchanged.

Meaningful, democratic elections can only take place if the CEC and other responsible bodies are representative of the people, transparent and independent of improper political influence.

The public, including political activists and leaders, must feel assured by the electoral bodies that the will of the voters is expressed through elections.

In addition, given the Palestinian peoples' demand for change and reform, public debate on the election system must be facilitated and encouraged through extensive public outreach.