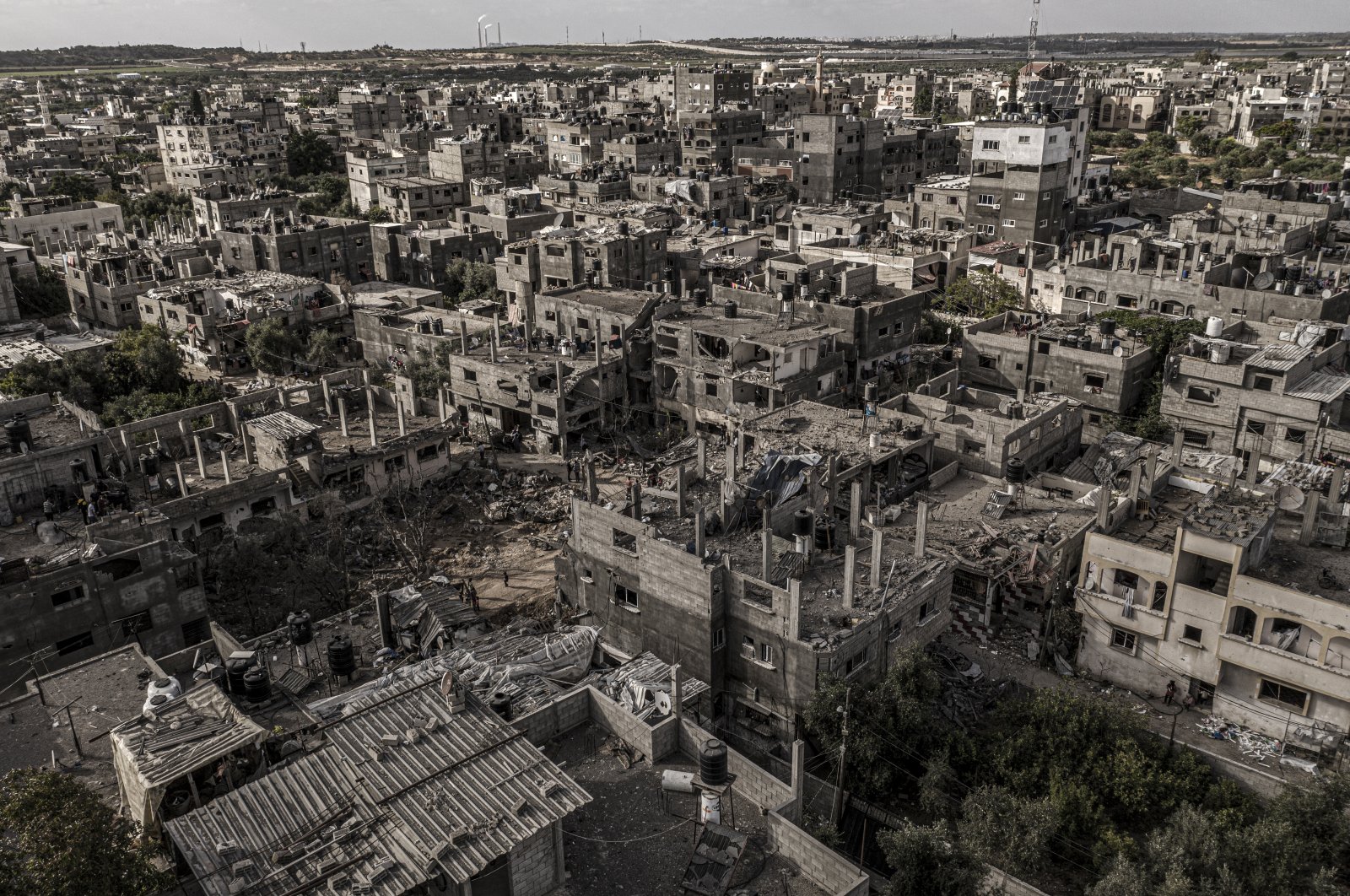 The lack of a political horizon on the Palestinian-Israeli conflict "kills hope" and "gives room for those not interested in peace," said United Nations special coordinator at the U.N. Security Council (UNSC) last May as a cease-fire was held between Gaza and Israel following 11 days of the most intense hostilities in years.

Today, it is clear there is no end in sight to the current impasse in the conflict and the window for a solution is closing as the possibility of a lasting deal seems as far away as ever. The history of failed negotiations suggests this is largely because Israel prefers the status quo and lacks either the interest or the ability to disrupt existing trends.

Israel continues its occupation and territorial expansion in the West Bank and East Jerusalem, with around 650,000 settlers now living beyond the 1967 borders.

In 2009, under great pressure from the U.S., Israel's former Prime Minister Benjamin Netanyahu did endorse, in principle, the idea of two states for two peoples; however, he did nothing all through his 12 years in power to advance that goal. Netanyahu froze the settlement growth temporarily under U.S. pressure but then approved settlement expansion plans and devised new ways to prevent the birth of a Palestinian state each day.

As early as 1967, the U.S. National Intelligence Estimates (NIEs) warned that the continued Israeli settlement expansion would lead to permanent Israeli control over the West Bank. This warning has also been voiced by various U.S. officials, especially former U.S. President Jimmy Carter, who, in his 2006 book, most famously warned of the unavoidable apartheid reality if Israel did not reverse course.

Israel remains the ultimate power in the West Bank shaping Palestinian lives. Even Palestinian officials cannot enter or exit the territory, where they supposedly exercise so-called authority, without Israeli permission, while their continued existence is tied to the extent to which they coordinate security with the Israeli military occupation.

The core of the state

“Palestine" seemed to be in the process of becoming a state but there were critical elements missing, especially related to security matters and international status. Palestine did not control its borders, acceded to Israeli-determined tax rates and revenue collection, lacked external security capabilities, found itself circumscribed in internal security and received no recognition as a sovereign actor.

By the time the UNGA recognized Palestine as a nonmember state in November 2012, the step only provided a temporary domestic boost for Palestinians as the recognition brought no tangible change. For Palestinians, who are facing stagnation, the dream of statehood is receding and few Palestinians see any practical trend in that direction soon.

Many areas of Palestinian life, such as educational and health care systems, continue to function as they always have. However, there are few structures capable of leading Palestinians in any particular political direction as some structures limp along while others have decayed.

Political, social and economic institutions are either barely managing or slowly decaying. Palestinians have found ways to manage on a daily basis with the resulting patchwork of institutions, rules and restrictions. Yet nothing in the environment suggests a path out of the current situation.

Official institutions still exist, but development has been frozen in many of them since 2007. They have simply ceased functioning altogether.

Realities on the ground

Since the 1967 occupation, a one-state reality is firmly ingrained.

Israel’s colonization of the West Bank has increased rapidly over recent years. The country has invested billions of dollars into merging these settlements with the rest of the country. Palestinian enclaves, as a result, have become scattered and isolated with no contiguity.

While Israelis have full citizenship rights no matter where they reside, Palestinians have various sets of limited rights as second-class citizens – or no citizenship at all. Palestinians inside Israel are treated as demographic threats and denied equal rights before the law. Palestinians in the West Bank are ruled by Israel’s military with no voice in that government at all. Those living in Jerusalem are cut off completely and are in a separate situation altogether. And in Gaza, Palestinians are besieged in a massive open-air prison.

Human Rights Watch (HRW) recently released a report concluding that Israel is practicing the crime of apartheid and persecution against the Palestinian people, in part stemming from a policy intending to dominate Palestinians in all of the land. Additionally, the think tank Carnegie Endowment for International Peace released a report arguing that the U.S. ought to establish clearer channels of accountability in the Israel-Palestine conflict.

The rights of both Palestinians and Israelis must be taken into consideration, the report says, describing former U.S. President Donald Trump's plan for the conflict as part of a scaffolding that “sustains occupation and is structurally incapable of delivering peace and human security.”

Although successive U.S. administrations have expressed support for a two-state solution and the establishment of a democratic state of Palestine, they have refrained from using U.S. power to stop Israel’s illegal settlement expansion. Instead, the U.S. has so far used its power to constrain Palestinians’ diplomatic and legal efforts to fulfill their legitimate aspirations.

It can be said that the U.S. has traditionally not supported Palestinian bids for statehood at the U.N., saying this matter should only be decided through negotiations with Israel. Unfortunately, U.S. President Joe Biden's approach has so far suggested that Washington will not do that much in the resolution as it has "more important priorities."

On its part, the European Union’s policy toward a two-state solution has remained steady over the years and continues to be the bloc's core position on the Israeli-Palestinian conflict.

As Palestinians search for political options to dig their way out of the current impasse, no credible solution has surfaced. The international community should seriously step up to this long-lasting conflict and generate progress in creating a political horizon.

It gives Palestinians hope of a just resolution that would support their freedom, security and prosperity in their independent state with East Jerusalem as their capital.

As long as this long-running political status quo remains, the more difficult and challenging it will be to reach the ultimate goal of calm and stability in the region.