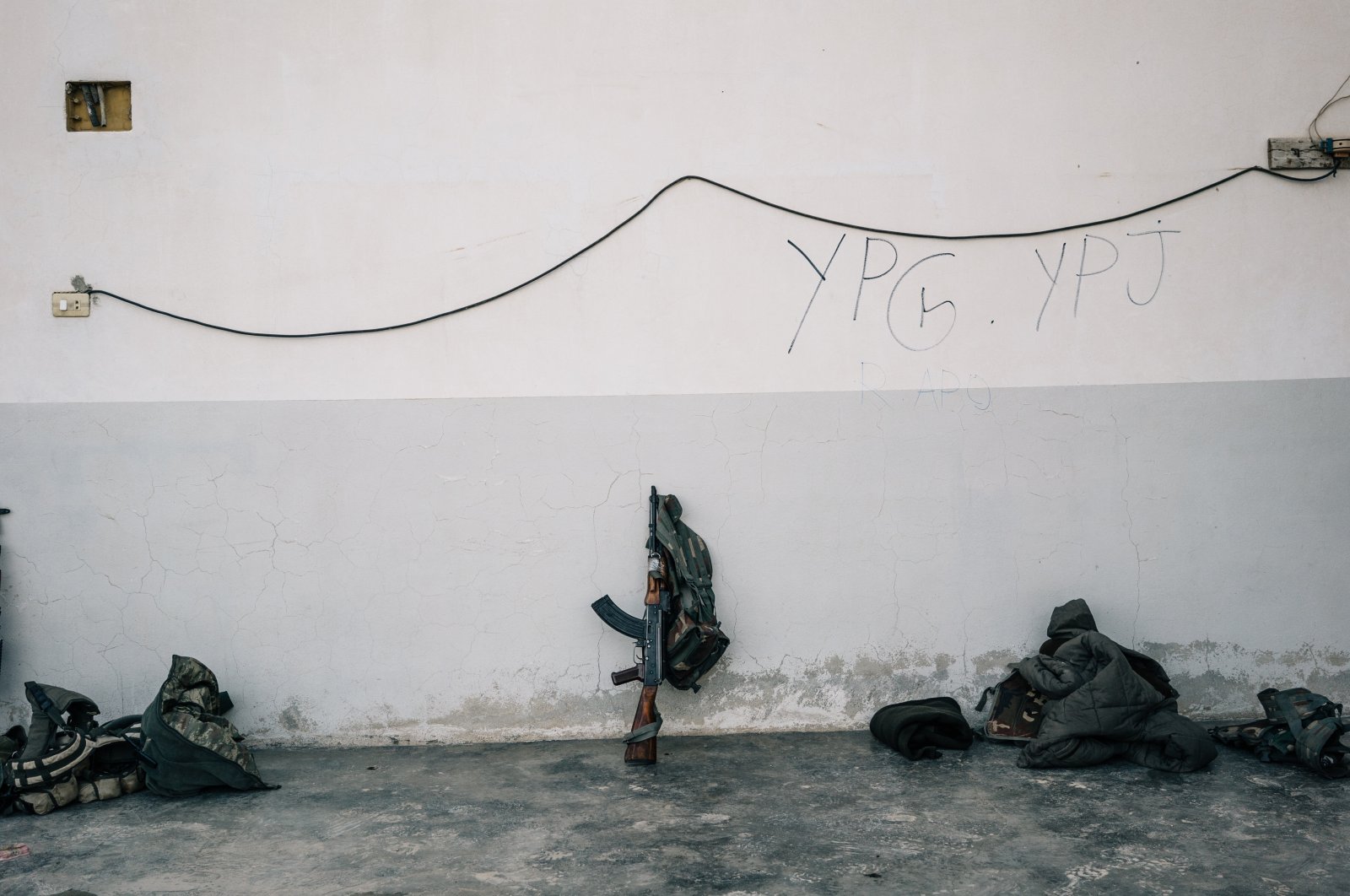 What makes highly experienced politicians who travel and know the world think terrorists are freedom fighters? How come after decades in the business of politics members of banned terrorist gangs and their offshoots continuously manage to fool them? What happened to political due diligence? Or could it be that certain holders of public office know exactly with whom they are dealing and actually have a master plan?

For the purpose of this article, let's head to Stockholm for some clarity.

At stake: members of the Swedish government who have repeatedly refused to distance themselves from individuals who have cleverly disguised their links to the PKK terrorist group despite in reality being integral parts of the very terror network.

This brief analysis focuses on recent comments made by Sweden’s foreign and defense ministers, respectively, and the Turkish reaction. The article aims to clearly demonstrate the intertwining of the PKK and its Syrian offshoot the YPG as well as its "rebranded" Syrian wing, the SDF.

News travels fast regardless of a pandemic and so it did not come as a surprise that it was not just the Turkish media reporting on the news that the Swedish ambassador to Ankara had been summoned to the Foreign Ministry. Case in point, Reuters broke the story to its worldwide audience shortly after 5 p.m. last Tuesday with the headline "Turkey summons Swedish Envoy to protest Sweden's 'support for terrorists.'"

Swedish Defense Minister Peter Hultqvist had held a videoconference with leading SDF representatives, including Ferhat Abdi Şahin, code-named Mazloum Kobani. This figure acts as head of the YPG, the armed Syrian militia wing of the outlawed PKK. We will expose the identical structures of the YPG and the SDF, and thus its connection with the PKK, in the next section.

Stockholm quickly confirmed the summoning, as it was undeniably happening, but argued it would not meet with organizations on the European Union’s terror blacklist.

Interestingly enough, screenshots of the high-tech gathering of dubious characters were shared on social media and websites sympathetic to the terrorist’s causes. The lack of privacy leads people to question whether perhaps that was exactly what the minister had intended by going public.

Comments attributed to Hultqvist include plans to resume cooperation with the YPG for a long time and potentially sending government representatives to northeastern Syria.

Six months earlier another leading member of the Swedish government, Foreign Minister Ann Linde, had stated during a press conference with her Turkish counterpart Mevlüt Çavuşoğlu during a visit to Ankara that "organizations such as the SDF are not listed as terrorist organizations ... we always reserve our right to meet with different actors on different issues."

Then, on the barbaric and shocking occasion of 13 Turkish hostages being executed at the hands of the PKK terrorists, Linde took to social media to express her concerns about Turkey arresting 718 individuals to determine their links to the banned terrorist gang. How would Stockholm react should – God forbid – terrorists kill 13 Swedish nationals in a similar atrocity: sit idle and let them continue? Like Sweden, Turkey is a democracy where all are presumed innocent until found guilty. But a nation under attack has a right to defend itself with preventive measures and that includes acting on intelligence to establish whether a particular individual has ties to the murderers.

Linden in the past had been known to distance herself from PKK satellites, but Anadolu Agency (AA) reported on July 10, 2020, that she had taken part in a videoconference that included members of the PKK and YPG. The discussions predominantly focused on criticizing Ankara's northeastern Syrian policies.

'The SDF equals the YPG'

Granted: before committing to accusations of any kind, journalists must do their fieldwork or desktop research. When it comes to clarifying whether the SDF is in fact the YPG and thus the PKK in disguise, the work is relatively easy.

The person who told the YPG to rebrand itself so as to appear independent of the PKK, confirmed in a 2017 speech in Aspen, Colorado, that he had instructed the YPG to reinvent itself a day or so before the group unveiled its alliance with the Syrian Arabs back in 2015. So who is the figure who went public? U.S. Army Gen. Raymond Thomas.

Ankara justifiably considers the YPG to be an extension of the PKK and Thomas confirmed almost four years ago that he had informed the YPG about Ankara's worries. He was featured in a fascinating analysis by Reuters published on July 22, 2017, titled "U.S. general told Syria’s YPG: ‘You have got to change your brand.'"

And thus the SDF was born, identical to the YPG but packaged to Ankara and the world as a separate structure. Thomas then went on by saying: "I thought it was a stroke of brilliance to put democracy in there somewhere. But it gave them a little bit of credibility." He concluded his shocking revelation by saying: "They got to work on their own branding. If they continue to keep linkage to their past product – the PKK linkage, specifically – the relationship is fraught with challenges."

Hence we can say with certainty that when Linde declared in Ankara that the SDF was not listed as a terrorist organization, she deliberately omitted the fact that the U.S. government rebranded the YPG as the SDF. By claiming to be in touch with the SDF, rather than directly dealing with the YPG, she personally created the impression that the SDF are freedom fighters and in no way linked to the YPG's parent structure, the PKK.

Is Swedish intelligence really so bad that they missed Thomas' 2017 public speech?

What’s more, the reason for the event that resulted in the summoning of the Swedish ambassador last week merits an explanation from Stockholm as to why Sweden continues to only support the YPG and in effect the PKK when the United States has clearly labeled the YPG as a product of the PKK.

Repeating the earlier question: Is Swedish intelligence really so bad that they missed Thomas' 2017 public speech?

There has been no mention of the fact that in Turkey the PKK continues to recruit underage people, with the help of the offices and logistics of the Peoples' Democratic Party (HDP), by promising them freedom yet forcing them to be trained as suicide bombers. Even if a teenager voluntarily ventures to one of the said offices, ultimately he or she is taken away to the Qandil Mountain range through kidnapping camouflaged as recruiting.

Why doesn't the Swedish minister consult with one of the desperate mothers of the innocent youngsters?

There has been no word about Thomas' revelations, but we are informed, as is Turkey and Stockholm must be aware.

No word about the constant threats by the PKK to the integrity of the Turkish nation.

No word about the constant threat by the PKK to strike elsewhere, not just in Turkey.

But one videoconference here, another video link there and bizarre suggestions that the SDF is not a terrorist network? Lending an ear, then a hand and now perhaps even actively financing infrastructure?

As a proud nation with a history of neutrality and good political foresight, Sweden can do so much better. Hultqvist, Linde: please return to the path of good political due diligence.