Turkey can mediate in the Renaissance Dam dispute 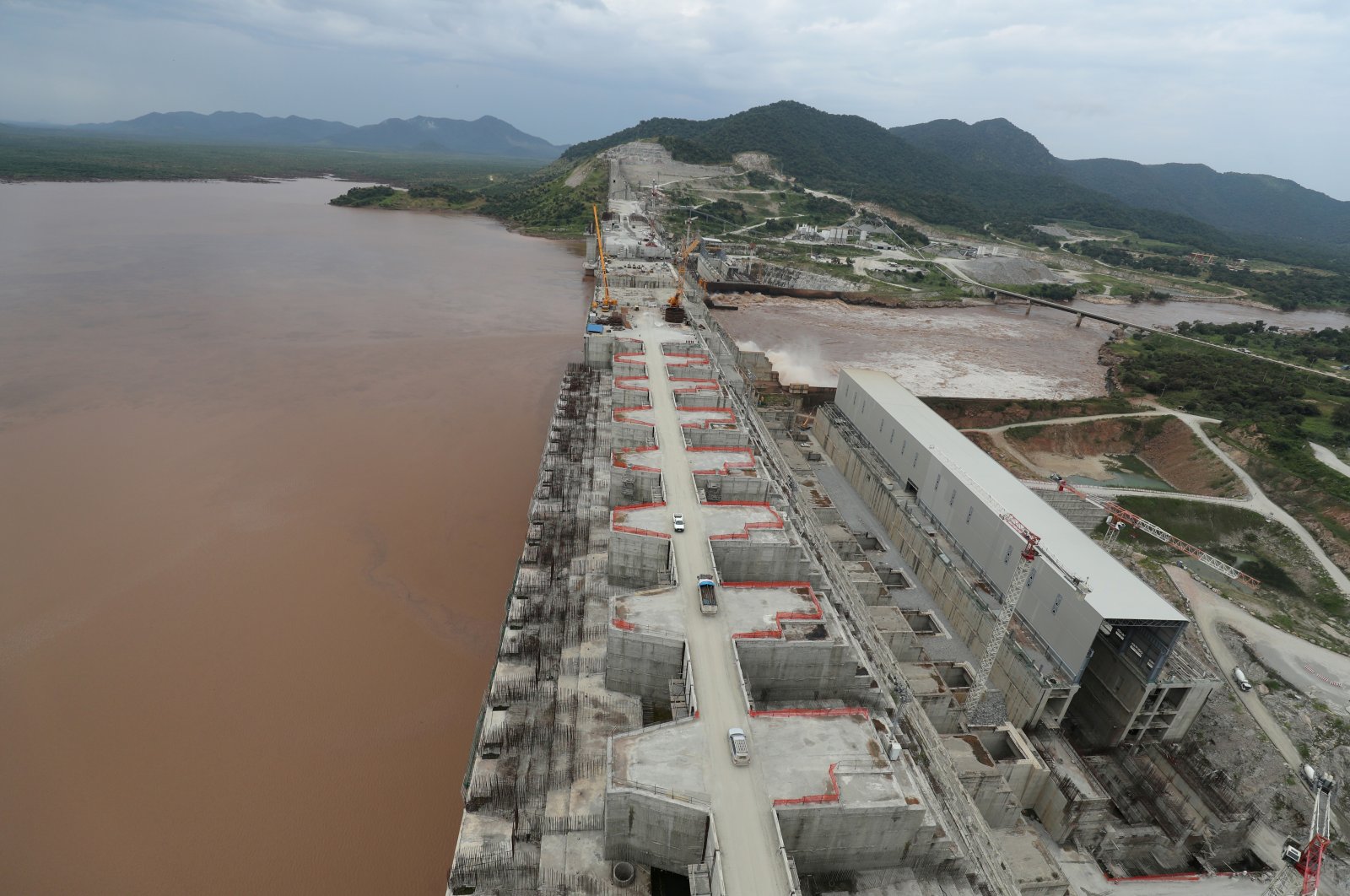 Turkey is on the ground to mediate the Grand Ethiopian Renaissance Dam crisis between Egypt and Ethiopia, with mediation efforts expected to heal Ankara-Cairo relations

The Nile has flowed along its long route for thousands of years, bringing life to dwellers of 11 modern nation-states. The allocation of water for such a vital waterway has long been a problem for the countries located in the basin.

The latest and most serious dispute started 10 years ago when Ethiopia declared that construction of a $4.2 billion project was about to start: the Grand Ethiopian Renaissance Dam (GERD).

This gigantic structure is designed to be the largest hydroelectric plant on the continent with a reservoir covering a surface area bigger than Rome. The electricity that will be produced is expected to bring light to the homes of more than 65 million people.

The quantitative return of the project for Ethiopia is indisputable. Besides, it means a lot to take advantage of the Nile for Ethiopians whose lands are the source for a substantial portion of the water flowing into the Mediterranean through it.

Everything comes at a price. The monetary cost of it for Ethiopia aside, the GERD is a burden on the shoulders of Egyptian politicians, too. The short-term damage of the project to Egypt is the focal point of the problem.

The issue of the amount of water the dam will release to downstream countries until the reservoir is filled has resulted in a deadlock.

The Nile is the primary source of freshwater for Egyptians for whom water security is equal to national security. Therefore, Egypt insists that the filling stage should take 12 to 20 years.

On the other side, Ethiopia wants to see a quick return on its huge investment and is looking to fill the dam over a period that would take five to seven years.

Until now, the U.S., the World Bank and the African Union (AU) are just some of the actors that intervened to resolve the conflict. The U.N. Security Council (UNSC) has discussed the problem together with the representatives of Egypt, Sudan and Ethiopia.

The statement of Ethiopia's ambassador to the U.N. stressing that the UNSC "should not be a forum for settling scores and exerting diplomatic pressure" underscores the complexity of the discussion.

The call by Veysel Eroğlu, a former Turkish minister of agriculture and forestry and current special envoy of President Recep Tayyip Erdoğan to Iraq, to mediate comes amid the ongoing tension between Egypt and Ethiopia. He stated that the issue is a technical one, and Turkey has many experts to resolve such problems.

The timing of the call is deliberately designed in the context of ongoing reconciliation efforts between Turkey and Egypt. There are promising developments in three prominent international issues that have been confronting the two countries.

In Libya, the interim government that will lead the country to elections toward the end of the year is established and has been welcomed by both Turkish and Egyptian diplomats.

Lastly, the solid structure of regional polarization in the Middle East is softening as new positive approaches in Saudi-Turkish, Saudi-Qatari and Egyptian-Qatari relations are put forward.

The comments by Turkish ministers emphasizing a possible rapprochement with Egypt are not incidental in these regards.

Normalization efforts and periods come with goodwill and sustainable agenda making, and Turkey's potential to mediate for this decadelong crisis can serve the purpose.

Turkey is the pioneering state in the international mediation field with its efforts within the bodies of the U.N., the Organisation of Islamic Cooperation (OIC) and the Organization for Security and Co-operation in Europe (OSCE).

As a strategic partner of the AU, its economic, diplomatic and cultural ties with the continent are increasing day by day.

Regarding the relations with Ethiopia and the region, it is even more salient. Turkey proved its competence in conflict resolution by successfully mediating between the administrations of Somalia and Somaliland.

The international society and regional actors monitor and appreciate Turkey's enthusiasm for settlement, as Ethiopia's ambassador to Ankara previously declared that if Turkey offers mediation in the Ethiopia-Sudan border dispute, his country would welcome it.

A good reputation means a lot for international mediation, and Turkey can transform the prestige into new success stories in the field.

Above all, it should be noted that the Turkish government has already chosen its representative. Eroğlu is one of the most experienced Turkish bureaucrats in water politics with a 27-year career. He was appointed to the post to deal with water issues of Iraq, too. To hear Ankara's willingness to settle the dam dispute from an official with such a profile would interest anybody concerned with the problem.

In case Turkey takes on the task, apart from rapprochement with Egypt, it would also create inroads to further cooperation with Ethiopia.

Ankara can be a key partner of Addis Ababa in the settlements of the Ogaden border dispute and the current humanitarian crisis in the Tigray region of Ethiopia.

In the meantime, solving this issue would fortify the positive image of Turkey in Africa.

Ethiopia began to fill the dam in July 2020, and the dispute is the No. 1 priority for Egyptian foreign policy. Turkish diplomacy is adequately qualified to mediate between the two nations.

In the condition that they agree on shaking the hand of amity extended by Ankara, it will not only pave the way for the resolution of a water conflict but will also reflect the readiness of the region to solve its problems without any interference from the West as well.