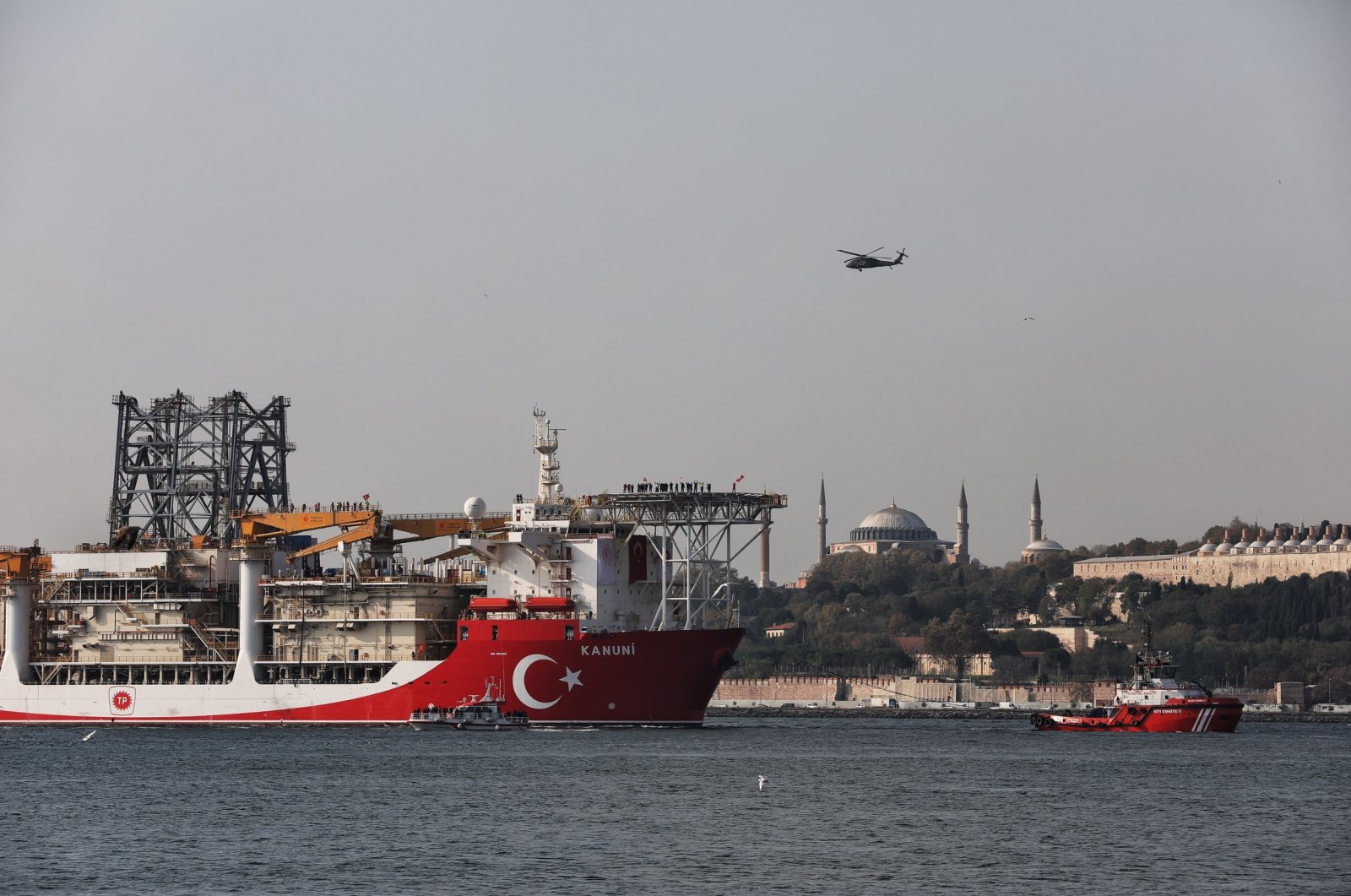 With new discoveries to increase natural gas reserves, Ankara's primary goal is to make Turkey an independent energy hub in the region

The discovery of new oil and gas reserves gives a country more power in international relations. When a country has huge oil and gas reserves, it is able to extract, consume and supply energy in the global market. In other words, the power comes from the fact that energy-consuming countries are dependent on the supplier country.

The country with energy resources can also reorganize its economy and use exports as a powerful tool in the international arena.

Diversification of energy resources and taking advantage of Turkey's geographical location in energy equations have always been one of the basic principles of Turkish energy policy and foreign policy.

For a long time, Turkey has been aiming to become a hub and center of energy trade. It is currently playing an important role in energy transit.

This means that if Turkey is able to provide the relevant infrastructure and natural gas storage facilities, as well as regulate the laws related to the energy market, it can become an energy hub in the long term, given its geographical location.

Turkey spends about $40 billion (TL 345 billion) to $50 billion annually on energy imports. And, the energy dependency affects Ankara's relations with its suppliers such as Iran, Russia and Azerbaijan.

In recent years, the country has invested heavily in the energy sector, especially in the conversion of energy into natural gas.

It shows the country consumed about 3 bcm more natural gas than in 2019. Turkey currently imports about $12 billion worth of natural gas annually, mainly from Russia, Azerbaijan, Iran, the United States, Qatar and Algeria.

The start of gas extraction operations from the Tuna-1 well, with 320 bcm of natural gas reserves, which will probably be operational by the end of 2023, could reduce Turkey's dependence on imported gas.

If 10 bcm of natural gas is produced annually from the Sakarya gas field, one-fifth of Turkey's gas needs will be supplied from this field alone in the next 20 years.

Turkey is also exploring and extracting hydrocarbon resources in the Eastern Mediterranean using its exploration and drilling vessels. A new source of gas discovered by Turkey in the Black Sea in August 2020 promised Ankara more drilling in both the Black Sea and the Mediterranean.

Stating that they aim to reduce Turkey's dependence on foreign energy with these discoveries, Erdoğan said that "I hope we will expand this resource further with the good news we receive from new drilling in the Black Sea and the Mediterranean. Our drilling ship, Barbaros Hayrettin and Oruç Reis seismic research ships, continue their activities."

In this context, the discovery of new gas fields and an increase in the share of renewable energy and nuclear energy is also needed.

Turkey imports an average of 9 bcm to 10 bcm of gas annually from Iran. The current contract expires in 2026 and negotiations to extend the contract have not yet been concluded.

In March 2020, when Iran's gas export pipeline to Turkey exploded, Ankara did not face any problem in supplying its energy needs until June last year without importing gas from Iran.

According to a new report released by Zonguldak Bülent Ecevit University, even the gas that has already been discovered corresponds to half of the natural gas consumed by Turkey in the last 33 years.

In this context, when the natural gas wells discovered in the region go into production, they will have the capacity to meet 30% of the country's annual natural gas needs.

Some energy experts believe that it is better to see how much can be extracted from this source and in what year Turkey will be able to start extracting from this source.

Erdoğan is scheduled to announce more "good news" about gas resources in the Black Sea on June 6. A new discovery or development to increase reserves would mean more than just good news for Turkey's related industries, economy and foreign policy.

Turkey's geographical location is such that it can become an energy hub. If the country provides the necessary conditions for energy trade in the medium term, it will become an active element in the energy market as well as European energy security.

The discovery of new energy sources by Turkey will give Ankara an upper hand in future gas import contracts with other countries and it will be able to steer the conditions in the contracts in a favorable direction.

Iran needs to pay attention to Turkey's conditions to extend the gas export contract; otherwise, the market will lose out on the Turkish gas.

From now on, Russia must also pay more attention to the dynamics of the Turkish energy market. Energy will continue to play an active role in Turkey's foreign policy, and the country will continue to invest in energy infrastructure.

In addition to paying attention to new gas sources, Turkey also pays special attention to renewable and nuclear energy sectors. Utilizing energy resources while providing part of the required energy will bring a fundamental change in energy geopolitics in the region.

The Turkish government is aware of the importance of the gas reserves and thus is trying to reduce dependence on foreign resources as much as possible. The primary goal of the country, therefore, is to become an independent energy power in the region.