Turkey’s reorientations and new era in the Middle East 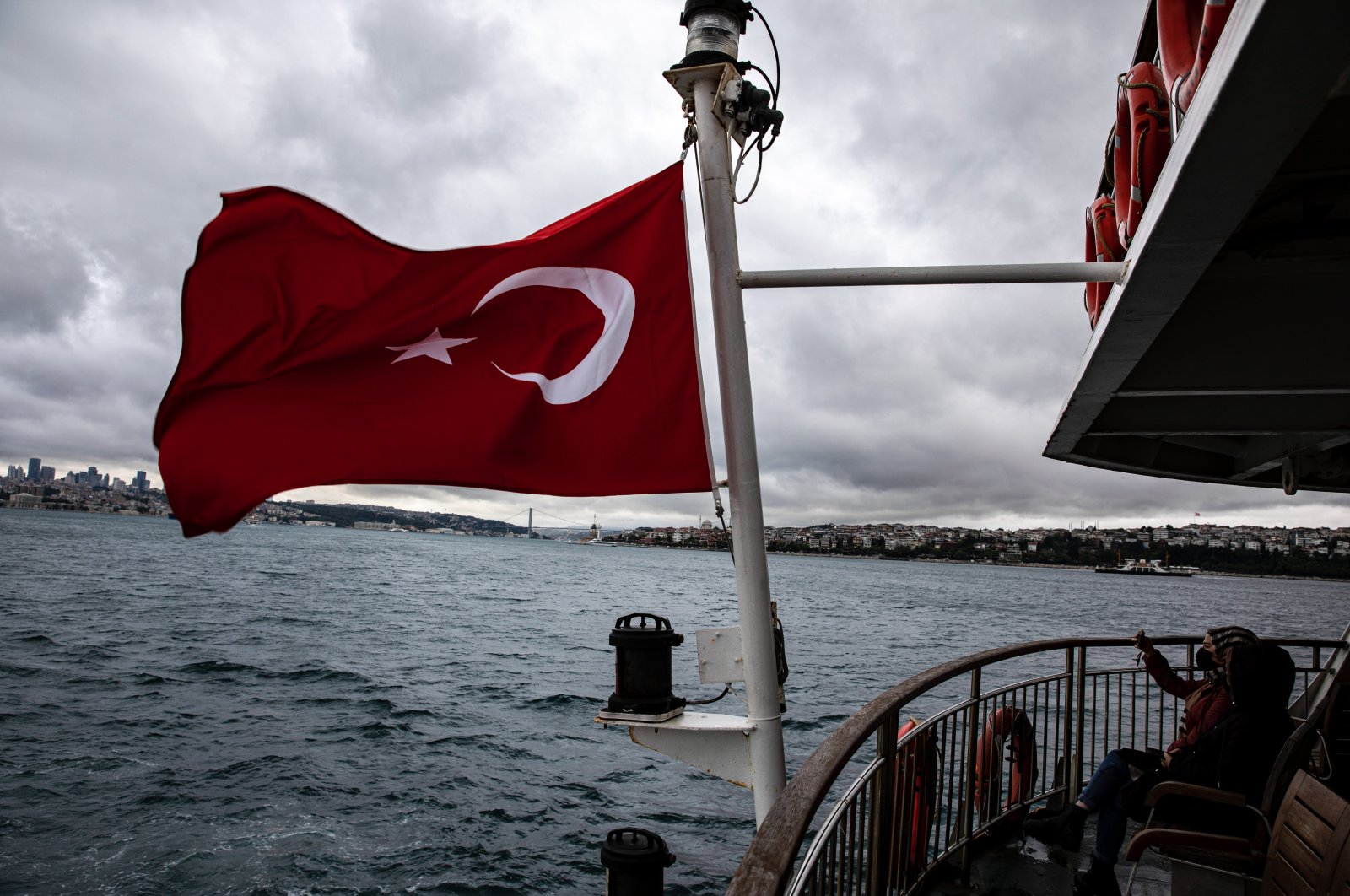 People traveling on a ferry from the Eminönü district to the Kadıköy district take pictures on a cloudy day, Istanbul, Turkey, May 21, 2021. (Photo by Getty Images)
by Ismail Numan Telci
May 25, 2021 12:05 am

Turkey has prioritized eliminating security threats against the nation and protecting its regional interests through its foreign policy in recent years.

Using military measures to address this situation, especially in the period following the coup attempt in 2016, spanning a region stretching from Iraq to Syria, Libya to Karabakh, the Eastern Mediterranean to the Horn of Africa, Turkey has protected its interests and tried to ensure its security by using legitimate instruments and adhering to international law.

While the last five years of Turkey's foreign policy have been shaped by gains, some countries in the region view this development as an attempt to increase Turkey's influence, and a coordinated attack has been initiated to cement this perception in regional and global community.

Saudi Arabia, the United Arab Emirates (UAE) and Egypt have been the leading actors championing the anti-Turkish campaign over the past years. Actors like Israel, the U.S. and France have also supported similar policies to break Turkey's increasing influence in the region.

These countries opposed Turkey's legitimate military initiatives in Syria that were designed to protect Turkey’s borders from terrorist elements and contribute to Syria’s territorial integrity and also joined forces against Turkey’s policies in Libya.

The counterrevolutionary alliance supported the forces of Gen. Khalifa Haftar, who aimed to establish a military regime in Libya against the internationally recognized central government in Tripoli.

In regions like the Eastern Mediterranean, the Horn of Africa and the Balkans, attempts were made to prevent Turkey's constructive policies, but Ankara managed to secure political, diplomatic and economic gains in the regions nonetheless, leaving the campaigns against it fruitless.

On the other hand, when we look at the recent regional policies of the counterrevolutionary alliance that includes the UAE, Saudi Arabia, Egypt and Bahrain, the engagements have been inconclusive, targets have not been met and serious economic burdens have emerged.

While Saudi Arabia and the UAE's operations against the Houthis in Yemen did not produce the desired result and drove a political wedge between to allies, the attempted coup in Libya, carried out with the support of these nations by Haftar, failed.

The smear campaigns targeting Turkey, especially through traditional and social media, did not have an effect on Arab public opinion and Ankara's positive image in the region continued to strengthen.

With each failed attempt to paint a gloomy picture of Turkish foreign policy, particularly in regards to the Khashoggi issue and the war in Yemen among other negative developments, their support bases on the Arab streets would deteriorate.

Considering these developments as a whole, it can be said that Turkey aims to put a stop to the endless and rather aggressive foreign policies of certain Middle East countries working against Ankara.

Turkey focuses on reducing regional tensions as they have the potential to turn into more serious conflicts that can further damage the political and security situation in the region.

A plan that serves none

A military confrontation between the regional powers of the Middle East, such as Saudi Arabia, the UAE and Turkey, is in nobody’s interests.

It should be underlined that although they are some of the largest importers of defense industry products in the region and the world, the military capacities of countries such as Egypt and Saudi Arabia and their ability to use these instruments effectively in foreign policy are incomparably weak compared to Turkey’s.

While Egypt is struggling to fight effectively against the limited number of terrorist organization elements in the Sinai Peninsula, Saudi Arabia is seeking a way out of the war in Yemen.

On the other hand, Turkey has a strong military structure and history as well as the capability of military engagements not only within its borders but also outside of its borders.

The recent military operations abroad have clearly indicated that Turkey has transformed into a “hard power” country.

Therefore, military power wise, Turkey is an incomparably advantaged position vis-a-vis the counter-revolutionary alliance and this should be a clear sign for these countries to not to extend their hostile policies against Ankara.

Another reason behind Turkey's reconsidering its relations with the countries of the region can be shown as economy.

Regional actors normalizing ties would not only benefit one party but all parties involved in the process. Both Egypt and Saudi Arabia are facing serious economic uncertainties for varying reasons and are looking for ways out in this sense.

Due to the fragility of its dependence on oil, the impact of the COVID-19 pandemic and costly foreign policy engagements stemming from adventurist military interventions, Saudi Arabia has the potential to experience deep economic problems.

In order to prevent this situation, Riyadh realized that it had to reconsider its relations with both regional and global actors and increase its economic cooperation.

Saudi Arabia, in this respect, not only made an effort to mend ties with Turkey but also carefully implemented the Al-Ula Declaration, which put an end to the 3 1/2-year Gulf crisis.

Therefore, further mending ties with Turkey and Qatar would create a beneficial climate for Saudi Arabia. The same can be said for Egypt.

In Egypt, which has not been able to improve its economic situation since the military coup in 2013, large social segments are affected more heavily by the economic deterioration with the impact of International Monetary Fund (IMF) policies and the coronavirus pandemic.

The societal contract in Egypt has become so fragmented it cannot be saved by Egyptian President Abdel-Fattah el-Sissi, making the economic issue more and more serious.

On the other hand, Turkey's economy, which has grown to become a global power during the tenure of the ruling Justice and Development Party (AK Party), has experienced in own problems, with limited impact, in recent years due to political disagreements with the U.S. and the pandemic.

Turkey wants to eliminate all obstacles on its path to becoming one of the 10 largest economies in the world and is implementing foreign policy moves within this scope.

Turkey has been developing economic relations with global actors like Russia and China, but it also wishes to turn a new page with the European Union.

In addition to that, Turkey also pursues an economy-based normalization strategy with countries like Egypt, Saudi Arabia and even Israel, which have the largest economies in the region.

Finally, Turkey aims to increase the export capacity of its defense industry, which has made significant progress in recent years, and in this sense, views these countries as potential markets.

It is clear that the major players in the region have reached a new understanding of the post-pandemic political landscape in the Middle East.

These actors do not desire a further escalation of tensions as each has its own challenges to tackle. With its mature and responsible approach to foreign policy, Turkey has opened a new window of stability in the region.

It is up to the actors to support and benefit from Ankara’s leadership amid this transformation. Turkey will continue to work alongside every party in the region that has a constructive agenda for the future of the Middle East.