What is Biden hoping for Turkey-US affairs? 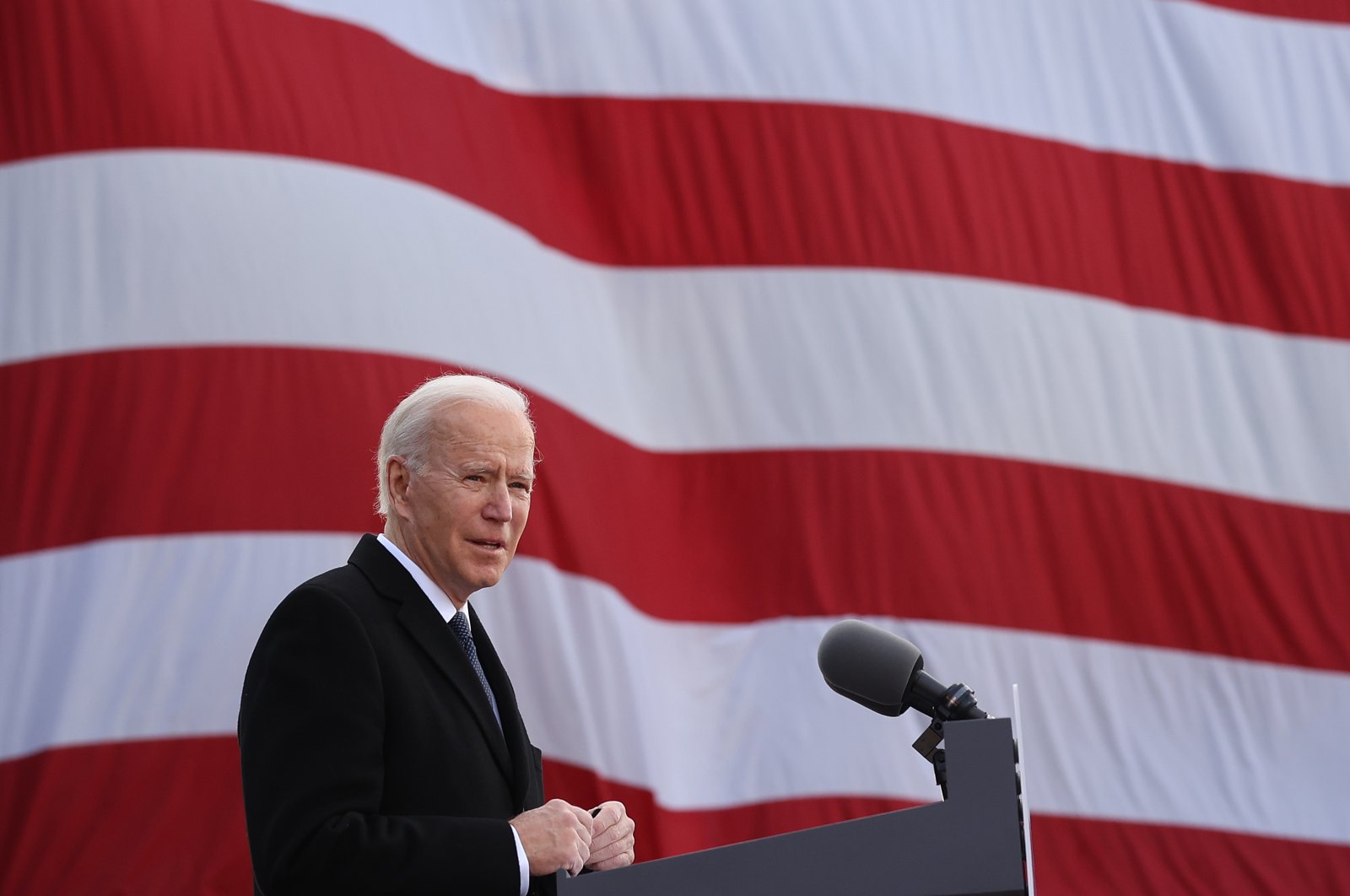 One day before being inaugurated as the 46th president of the United States, President-elect Joe Biden delivers remarks in New Castle, Delaware, U.S., Jan. 19, 2021. (Photo by Getty Images)
by Seymur Mammadov May 05, 2021 12:05 am
RECOMMENDED

U.S. President Joe Biden recognized the 1915 events as "genocide." Since it has no legal force, the U.S. president's statement will not entail legal consequences; however, it may well spoil the relations of the Biden administration with Turkey.

For a long time, the 1915 case has been used as a definite instrument by certain circles in the international political arena in order to put pressure on Turkey.

Except for former U.S. President Ronald Reagan, who used the "genocide" definition for the case in 1981, no previous U.S. president has mentioned this word in their related statements. According to Ben Rhodes, who was one of former U.S. President Barack Obama's advisors, it is directly linked to geopolitics.

Similarly, Biden did the same for geopolitical reasons. You can even say that he surpassed Reagan.

Although it had also been predicted that Biden would use the "genocide" remark, why did he do it?

The main question is now how the two NATO allies will and should develop their relations further in the context of Biden's decision.

It was reported in agencies that Biden and President Recep Tayyip Erdoğan spoke over the phone the day before. According to an administration official, during the conversation, Biden informed Erdoğan of his intention to recognize the 1915 events as "genocide."

Biden indeed wants to work closely with Erdoğan to resolve issues of concern to both sides. He offered to meet with Erdoğan in person when both are at the NATO summit in June.

Frankly, U.S. intentions to melt the ice in relations with Turkey do not look so sincere. If they were, Biden would not have played the "genocide" card against Ankara. In this way, it is clear that the U.S. is trying to bargain for advantages in some issues that, in the opinion of the American side, run counter to the U.S. foreign policy principles.

The term used by Biden is completely irrelevant here. First, the Russian-Turkish cooperation has noticeably strengthened in recent years. A vivid example of this is the participation of both countries in the implementation of large projects such as the TurkStream natural gas pipeline and the Akkuyu Nuclear Power Plant (NPP).

For another example, Turkey's purchase of Russia's S-400 anti-aircraft missile systems cost it the suspension of participation in the international program for the construction and development of the fifth generation F-35 fighter.

As a result, the already tense relations between Turkey and the U.S. deteriorated even more. Simply put, Washington wants Ankara to reduce contacts with Moscow.

Secondly, after the end of the second Karabakh war, Turkey and China stepped up joint cooperation within the framework of the Belt and Road Initiative (BRI) program.

The first export train from Turkey to China departed from Istanbul on Dec. 4, 2020, and arrived at its destination on Dec. 19, 2020. The train moved along the Baku-Tbilisi-Kars railway line along the Trans-Caspian Middle East-West corridor, it crossed two continents, two seas and five countries, delivering cargo to China in 12 days.

In the same month, a second freight train with export goods departed from Turkey departed to China. In March 2021, the third export train from Turkey to China was sent along the Baku-Tbilisi-Kars railway corridor.

What does this all mean? That Turkey attaches great importance to China's BRI, which aims to create a network of transport infrastructure between China, Asia, Europe and the Middle East.

Turkey has become the most strategic point in this project, also known as the Iron Silk Road. Thanks to the project, the transit time between Turkey and China was reduced to 12 days from 30 days.

The transit times between China and Europe have also been reduced to about 18 days through the Turkish Marmaray underwater tunnel.

As we can see, the Turkish-Chinese cooperation in the field of transportation favors the interests of both Ankara and Beijing. And since the sea routes of the Chinese initiative pass through Turkey, this factor ties the hands of the U.S. in curbing the development of the Chinese mega-project. The Turkish-Chinese rapprochement in the framework of the BRI deeply worries the U.S.

Thirdly, the topic of Turkey's active search for oil and gas in the Eastern Mediterranean is also from the category that haunts not only Europeans but also Americans, who are geographically far from this region. There are also disagreements between Ankara and Washington on this issue.

Turkey spends an average of more than $40 billion (TL 332.90 billion) annually on energy imports. At the same time, its own production is at the level of 350 million cubic meters (mcm) – that is, less than 1% of the country's annual consumption.

Therefore, the attempts of the Turkish authorities to explore the Eastern Mediterranean and Black Sea are fully justified, especially since, according to geologists, the shelves of these seas should store a lot of natural gas and oil.

Fourthly, Turkey has strengthened and became capable of repelling any enemy claiming its land. And here the Turkish Armed Forces (TSK) play an extremely important role.

Turkey's military-political weight in the Middle East, Africa and the South Caucasus is obvious. The country retains a serious military and political potential and faces an urgent need to develop an optimal formula for gaining benefits from globalization in the interests of its development while maintaining space for broad foreign policy maneuver and protecting its security interests.

Thus, in June, at the NATO summit, one should expect big changes in the relations between the U.S. and Turkey. However, one thing is clear that under Biden, relations with Turkey will no longer be the same as under former U.S. President Donald Trump.