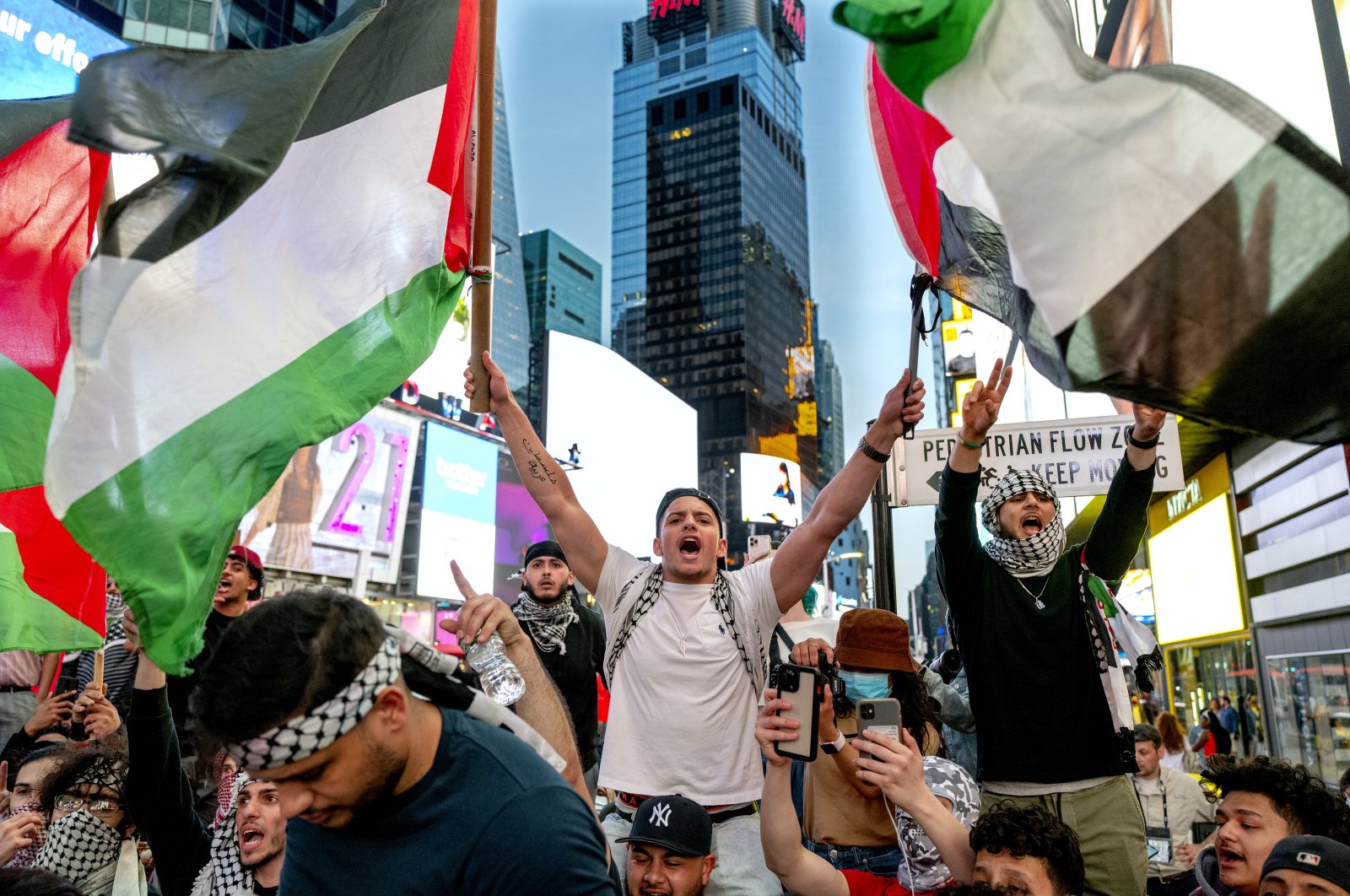 Israeli attacks on Palestine, which flared up with the events in the Sheikh Jarrah neighborhood, ended differently this time. With the influence of social media, the whole world witnessed the persecution of Israel and millions of people stood by Palestine

The bloody war started when the Israeli court threatened to evict some Palestinians from their homes in the Sheikh Jarrah neighborhood in occupied East Jerusalem. It escalated with Muslims targeted during the holy month of Ramadan, especially around Al-Aqsa Mosque.

Despite international calls for a cease-fire, Israel did not stop its attacks on Al-Aqsa Mosque and, consequently, Hamas, a resistance group representing the Palestinians, announced war against Israel and started firing back.

In return, Israel started air raids on Gaza, killing many Palestinians. The U.N. issued a stark warning that “we're escalating toward a full-scale war.” In the violence that continued for over a week, several buildings were destroyed and many Palestinians were killed and wounded.

After 10 days of conflict, and with the mediation of Qatar and Egypt, a cease-fire was announced. Even though many Palestinians lost their families, there was an air of celebration over the cease-fire. Thousands poured into the streets to mark the cessation of hostilities and success against the oppressors who for more than a decade had touted their advanced military power and tried to reconcile with the Arab world.

This conflict was different than the previous three in Gaza since the beginning of the 21st century. The nature of the struggle between Palestinians and Israeli forces and settlers in the West Bank and the Arab Israel cities witnessed a remarkable change.

The most remarkable development was Hamas' breaking of the military power of Israel. It was the greatest challenge for Tel Aviv in terms of image.

The other thing was the involvement of the Palestinians living inside the 1948 Green Line (Israeli borders). Called the Arabs of Israel or 1948 Palestinians, they are descendants of Palestinians who remained in their homes in the 1948 Arab-Israeli War. They are now living under the Israeli government, forming 5% of citizens with Israeli citizenship.

Even though they are officially Israeli citizens, Hamas convinced them to join the cause, reminding them of their Palestinian identity and their ties to Jerusalem and Al-Aqsa Mosque and their responsibilities toward other Palestinians.

For a long time, Israel had limited the activities of these individuals. Moreover, Israel always tries to draw a line between the Arabs of Israel and the Palestinian issue and tries to eliminate the identity of the new generations by implementing an education system biased toward Israel.

However, the recent crisis triggered Palestinian anger both inside and outside Israel.

In other words, all Palestinians with their different factions and attitudes united against the Israeli occupation and proved to the world that they have one common goal which is the liberation of Jerusalem and Al-Aqsa Mosque from the occupying power.

The insecurity of Israelis will affect the ability of Zionist organizations around the world to convince Jews to immigrate to Israel.

But this time, Hamas succeeded in creating noise regarding the Arab opinion on the Abraham Accords, which does not contribute to peace.

On the other hand, it was amazing to see the Arab protestors in neighboring countries like Jordan and Lebanon running toward the borders with Israel trying to cross the border while Egypt surprised the Palestinians with its stance that was different from that in previous wars.

In addition to the changes that shaped public opinion in the country, Egypt quickly opened the Rafah crossing hosting the wounded Palestinians in the Egyptian hospitals and sending ambulances to receive them. Along with Egypt, Qatar was also part of the mediation effort for a cease-fire with Israel.

In the previous wars, Israel won international public opinion through social media in the West, especially in the American community.

It used to present Israel as a victim exposed to terrorist attacks from Hamas and justified its aggression as the right to self-defense. Such an image was formed under the pressures of the Israeli lobbies and interest groups that affect the decision-making of the U.S. Congress.

But this time, social media witnessed a big shift in discourse about the Arab-Israeli conflict. Everyone in Palestine had access to the internet. Palestinians in Jerusalem and Gaza recorded live videos of the Israeli attacks which reached thousands of viewers around the world.

In Gaza and Sheikh Jarrah, families recorded the rockets when they hit their homes and the daily violence they faced from the illegal settlers.

Social media is also considered a major contributor to the recent escalation. The crisis started after the hashtag #SaveSheikhJarrah launched by 23-year-old Palestinian activist Muna al-Kurd, from a family in the occupied Sheikh Jarrah neighborhood.

The hashtag was shared extensively on social media platforms by millions of internet users worldwide.

The footage, showing the Israeli attacks on Al-Aqsa Mosque, ignited the protests that called Hamas to interfere and respond to the Israeli attacks. Social media revealed the nature of attacks on both sides, while Israel conducted indiscriminate attacks on civilians killing children and women, Hamas aimed for the strategic and military targets.

Consequently, Hamas, in its last war with Israel, proved its military prowess and showed the world that it is a player that cannot be ignored when it comes to Jerusalem and Al-Aqsa Mosque.

Secondly, the Palestinian issue has regained its place in the international arena, especially after Palestinians used social media to show the realities on the ground, disproving the Israeli narrative in presenting itself as a victim and the rightful owner.

Finally, it can be said that halting the expansion of Zionist projects in the Palestinian lands is a victory, and that must be continued for the sake of the martyrs of Gaza who lost their lives for Jerusalem and the people of Jerusalem.

Researcher with a Ph.D. in International Relations at Uludağ University
RECOMMENDED