Erdoğan thanks Germany's Merkel for contribution to Turkey-EU ties 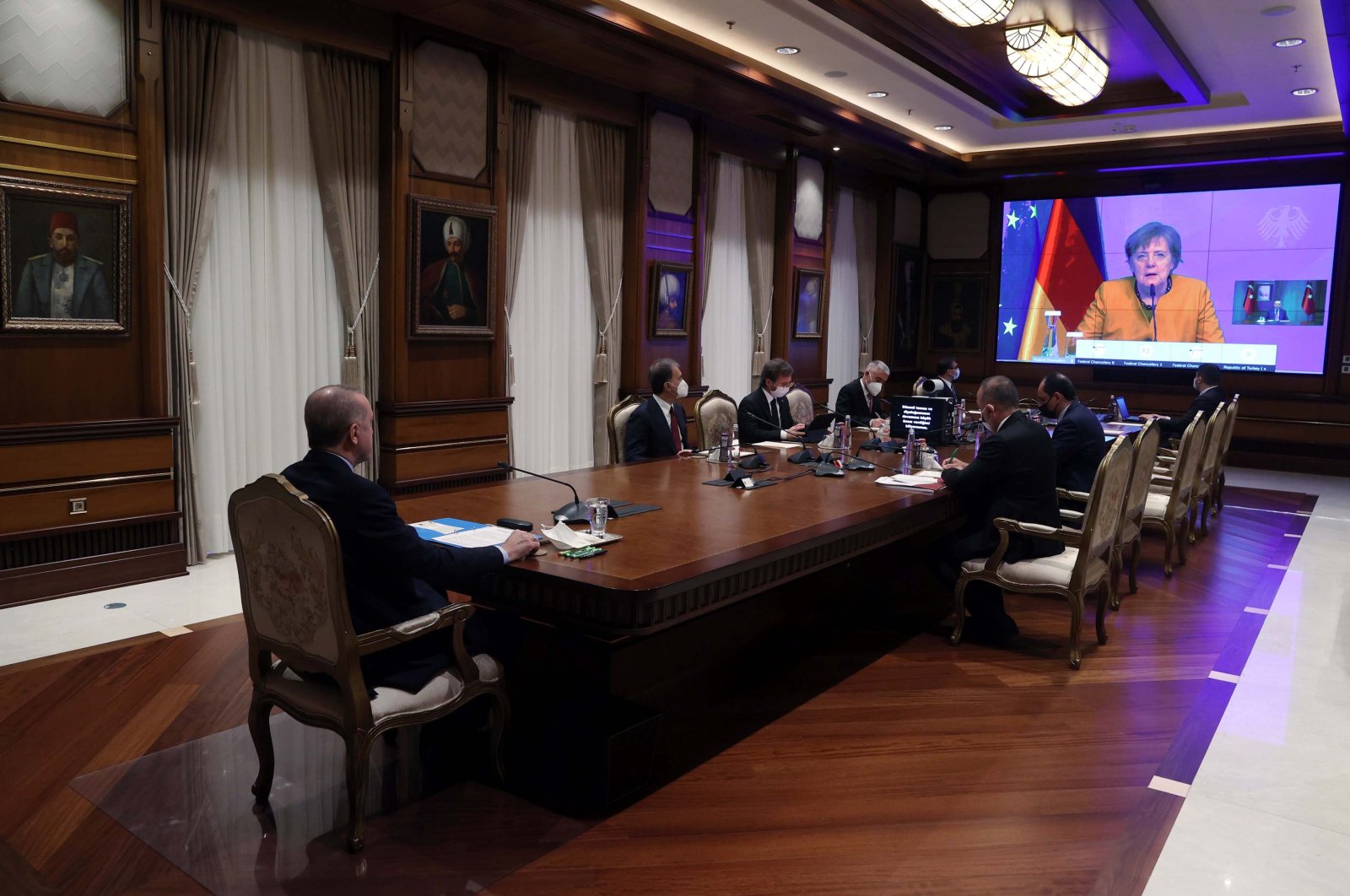 President Recep Tayyip Erdoğan discussed ways to enhance Turkey-Germany and Turkey-EU relations with German Chancellor Angela Merkel, as he thanked her for her contribution to the positive atmosphere, Presidential Communications Directorate said Tuesday.

Highlighting that they have seen the positive repercussions of dialogue in Turkey-EU relations, Erdoğan said during a video conference that Merkel has personally played a significant role in the developments.

The president noted that the issues of visa liberalization, update of the Customs Union and opening new negotiation chapters need to be addressed as a whole under the scope of the update regarding the 2016 Turkey-EU migrant deal.

Since last year, when the renewed attacks on civilians by the Assad regime in northwestern Syria risked another wave of migration to Turkey, Ankara has also frequently expressed that as years have passed since the deal was made and conditions have since changed, a new road map to tackle the issue of irregular migration is now required. During Foreign Minister Mevlüt Çavuşoğlu’s visit to Brussels earlier this year, he also said that Turkey and the EU voiced a consensus on the need to renew the March 18 migration deal.

He also told Merkel that they need to encourage Greece to maintain dialogue regarding tensions in the Eastern Mediterranean and the Aegean.