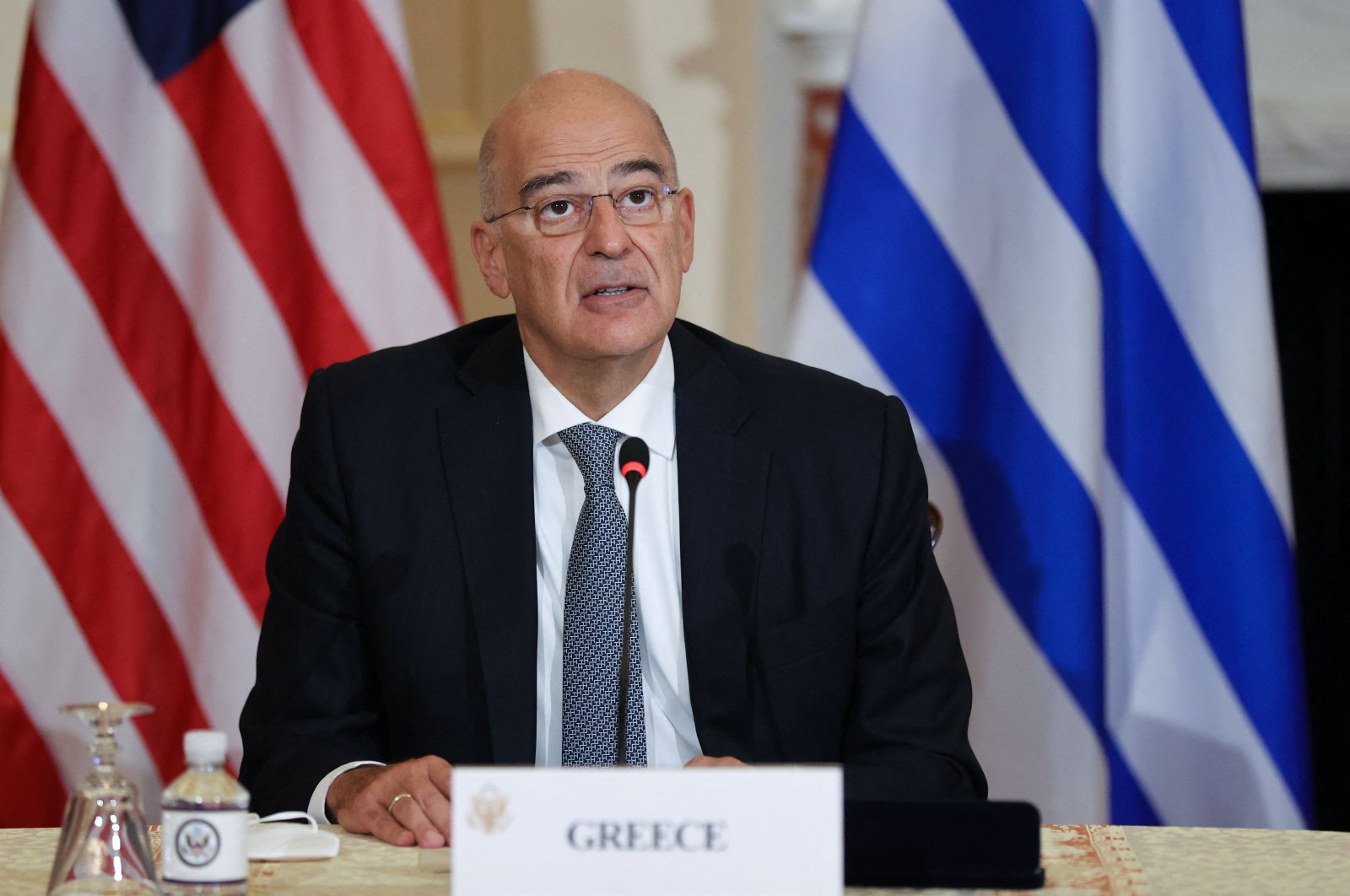 In the Eastern Mediterranean, Greece is facing a casus belli, a threat with war if it exercises its sovereign rights, Greek Foreign Minister Nikos Dendias said Thursday.

He made the comment after the United States and Greece signed a deal expanding their defense cooperation agreement to grant U.S. forces broader use of Greek bases, in another move by Athens that is likely to increase tensions with neighboring Turkey.

The deal, signed in Washington by Secretary of State Antony Blinken and Greek counterpart Dendias, will allow U.S. forces to train and operate "in an expanded capacity" at four additional bases in Greece, Dendias said.

Dendias did not explicitly mention Turkey but said Athens has peacefully worked to set maritime demarcations with other neighbors – Egypt, Italy and Albania.

"In the Eastern Mediterranean," Dendias said, "Greece is facing a casus belli, a threat with war if it exercises its sovereign rights and, I have to say, Greece is facing daily provocation."

"Greece is committed to resolve disputes with diplomacy and always in accordance with international law," he said.

Blinken called Greece a "strong and reliable ally" and, in a later statement, said the expanded agreement would "advance security and stability in the Eastern Mediterranean and beyond."

“This is not an agreement ... against anybody else,” Dendias also said in an interview with The Associated Press (AP) after the signing ceremony, although he noted the new agreement put a U.S. military presence just miles (kilometers) from Turkey.

"It’s an agreement between Greece and the United States of America, and the purpose of the agreement is the stability and prosperity of both our countries."

Greece is pinning much of its defense strategy on close military cooperation with France and the United States as it remains locked in a volatile dispute with Turkey over sea and airspace boundaries. Greek officials also have been actively pursuing other international agreements, with partners in the Middle East, Europe and elsewhere.

Blinken at Thursday’s signing ceremony called the U.S. and Greece “two proud, strong NATO allies, both deeply committed to our alliance.” Thursday’s agreement, building on an existing one, will run for five years with automatic renewal, Greek officials said.

NATO – the North Atlantic defense bloc to which the U.S., Turkey, France and Greece all belong – is built on the idea of collective defense, so that an attack on one member nation is considered an attack at all.

NATO Secretary-General Jens Stoltenberg earlier this month appeared to criticize Greece’s newly ratified mutual defense agreement with France, without naming the two countries. "What I don’t believe in is efforts to try to do something outside the NATO framework, or compete with or duplicate NATO," Stoltenberg said then.

Dendias, speaking at the residence attached to the Greek Embassy in Washington, said Greece's mutual defense deal with France “is an agreement that is complementary to NATO."

“It does not diminish the role of NATO,” he added.

Despite having said that it has no intention of entering an arms race with its neighbor and NATO ally Turkey, Greece announced last month the purchase of three new Belharra frigates from France with the option for one more.

The Greek parliament a week ago ratified a major defense agreement with France, with Athens buying the three frigates at a cost of 3 billion euros ($3.5 billion). Earlier last month, Greece also announced that it was planning to buy another six Rafale fighter aircraft.

Turkey denounced the French deal, saying the goal was the "isolating and alienating of Turkey instead of cooperation."

Turkey in turn accuses Greece of overstating its own territorial claims to the Aegean and other waters.

Thursday's U.S.-Greece agreement builds on one signed in Athens two years ago by Blinken’s predecessor, Mike Pompeo, and will give the United States increased access to two bases in central Greece and one at Alexandroupolis, near the Greek-Turkish border. The U.S. naval base at Souda Bay, on the Greek island of Crete, is also key to the defense relationship.

The Greek push to build alliances comes as the United States tries to turn more of its international focus to competition with China, reducing its military strength in some other parts of the world.

The Greek government understands the United States needs to pay more attention to China and the Indo-Pacific overall – but argues that Greece's neighborhood is one American forces shouldn't leave, Dendias said.

“If the American presence is not manifested, some countries may have clever ideas about their role,” envisioning themselves as “local superpowers,” he said. “I am sometimes afraid that Turkey may be falling under that category.”

The Turkish Foreign Ministry described recent Greek explorations as "provocative activities" that endangered peace and stability in the Eastern Mediterranean. Ankara announced that it would take all "necessary steps on the ground" to stop this.

"The main cause of the tension in the Eastern Mediterranean in recent years has been Greece's and the Greek Cypriot administration's maximalist maritime jurisdiction area claims and unilateral acts that ignore Turkey's and the TRNC's (Turkish Republic of Northern Cyprus) rights and interests," read the statement.

Turkey has sent drillships with a military escort to explore for energy on its continental shelf, stressing that it and the TRNC have rights in the region. To reduce tensions, Turkey has called for dialogue to ensure the fair sharing of the region's resources.

The ministry pointed out that President Recep Tayyip Erdoğan called on the European Union to convene an "inclusive conference" in the Eastern Mediterranean last year. Turkish Cyprus also made a detailed proposal to the Greek Cypriot side in July 2019 regarding hydrocarbon resources, it added.

The two NATO allies have been at odds over decades-old issues including the extent of air and maritime boundaries in the Aegean Sea and the future of the divided island of Cyprus. Turkey and the Turkish Cypriots have ruled out discussing a federal system to reunify the island, insisting that a two-state accord is the only way forward.