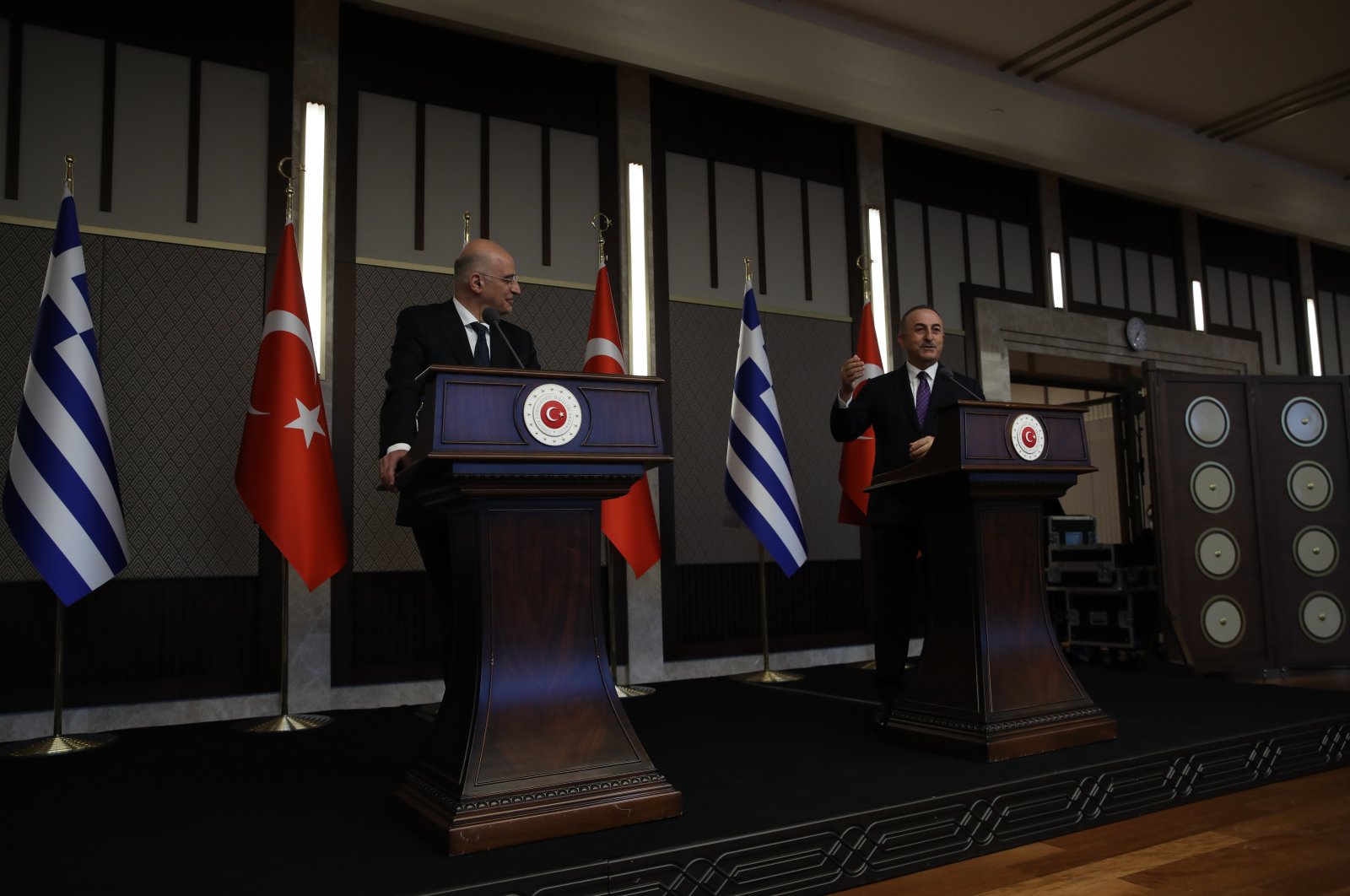 Speaking to Anadolu Agency (AA), Bahrooz Jaafar said that the regional alliances formed in the Eastern Mediterranean serve the interests of the EU and that Libya rightly made a maritime deal with Turkey, despite Greece's objections.

For Greece to understand Libya's interests, it should look at the Euro-Mediterranean Partnership (Euromed) founded in 1995, Jaafar explained. He recalled that the union established in 2008 for increasing the economic cooperation between Mediterranean countries and EU members is the Union for the Mediterranean (UfM).

The UfM is an intergovernmental organization of 42 member states from Europe and the Mediterranean Basin, including the 27 EU member states and 15 Mediterranean partner countries from North Africa, Western Asia and Southern Europe. The union has the aim of promoting stability and integration throughout the Mediterranean region. It is a forum for discussing regional strategic issues, based on the principles of shared ownership, shared decision-making and shared responsibility between the two shores of the Mediterranean.

Jaafar said that as a result of the EU's backing of Greece's and the Greek Cypriot administration's policies, the "Union for the Mediterranean" has become a "Union for the Europeans" in practice.

"The latest example of this was that Greece's prime minister threatened Libya saying, 'If you want to normalize relations with the EU, you should cancel the deal with Turkey,' during his visit to Tripoli. We should now question to what extent the EU fulfills its responsibilities for regions like the Middle East and Africa. It is obvious that it does not share their peace and welfare with everyone."

In 2019, Ankara signed a maritime delimitation agreement with Tripoli over the Eastern Mediterranean that provided a legal framework to prevent any fait accompli by regional states. The two countries also signed a military cooperation accord. Greece, which opposes the maritime agreement between Tripoli and Ankara, reiterated its call for the accord to be canceled last week, as it reopened its embassy in Libya after seven years. In response to the 2019 deal, Greece and Egypt signed an agreement in 2020, designating an exclusive economic zone in the Eastern Mediterranean that overlaps with the maritime zones agreed between Turkey and Libya, a move that Turkey claims infringes on its continental shelf.

Also, Greece has recently announced that it is working on a new maritime deal with Libya. Greece and Libya have agreed to hold talks on marking out their maritime zones in the Eastern Mediterranean, Greek Prime Minister Kyriakos Mitsotakis announced last week following a meeting with Libyan Presidential Council President Mohammad Younes Menfi. On the other hand, Libya's Presidential Council spokesperson later in the day said that the council has no authority to make international deals, adding that the authority belongs to the government led by Prime Minister Abdul Hamid Dbeibah.

Mitsotakis also said Athens aimed to reset relations with Libya, which were soured by the internationally recognized Tripoli-based Government of National Accord's (GNA) signing a maritime boundary accord in 2019 with Turkey, Greece's regional rival. The issue has fed into tensions between Athens and Ankara over territorial and energy issues in the Eastern Mediterranean that brought the two NATO allies close to armed conflict last year. Turkish President Tayyip Erdoğan last week said Turkey and Libya were committed to the 2019 accord following talks with Dbeibah in Ankara.

Underlining that Greece's Eastern Mediterranean policy has been aiming to limit Turkey to a very small area, Jaafar said: "Athens has been acting in line with the EU's interests by ignoring the regional actors' interests. Some parties in the Eastern Mediterranean equation do not want Turkey's involvement in the energy traffic in the region. Justifiably seeking an alternative, Turkey signed the Memorandum of Understanding on the Delimitation of the Maritime Jurisdiction Areas in the Mediterranean with Libya's Government of National Accord in November 2019 in accordance with its exclusive economic zone borders."

He also said that Libya prefers just investments, and Turkish investments in the country have reached $120 million (TL 970.19 million) across different areas, including construction, infrastructure and energy. Jaafar added that Greece and the Greek Cypriot administration will continue their initiatives to exclude Turkey from alliances in the region.

"However, I do not think that anyone can benefit from hydrocarbon reserves without forming a regional alliance with Turkey," he said.

Turkey, which has the longest continental coastline in the Eastern Mediterranean, has rejected maritime boundary claims made by Greece and the Greek Cypriot administration, stressing that these excessive claims violate the sovereign rights of both Turkey and Turkish Cyprus.

Instead of opting to solve problems with Ankara through dialogue, Athens has, on several occasions, refused to sit at the negotiation table and opted to rally Brussels to take a tougher stance against Turkey.