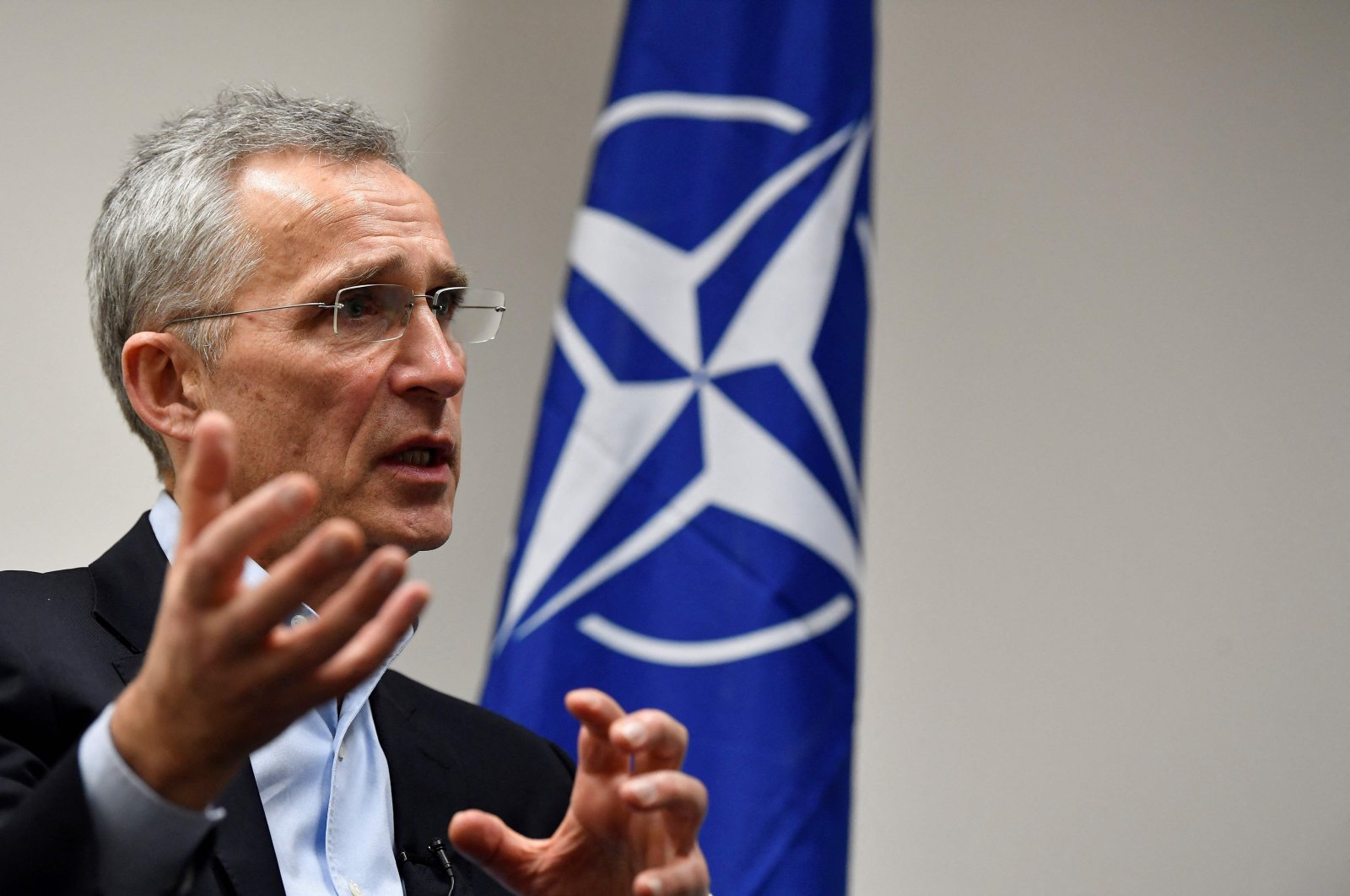 NATO Secretary-General Jens Stoltenberg speaks during an interview with AFP at the College of Europe in Bruges, Belgium, March 4, 2021. (AFP Photo)
by Daily Sabah with AFP
Mar 05, 2021 11:18 am

NATO Secretary-General Jens Stoltenberg warned Thursday that Europe's defense depends on close trans-Atlantic bonds and not on a quest for the continent's strategic autonomy, also underlining that the European Union's flanks are defended in the southeast by Turkey, which sits on the borders with Syria and Iraq and is "extremely important in the fight against Daesh and international terrorism."

Most EU member states are also NATO member states, and their citizens' safety relies on an alliance that far outspends their own capitals on security, he argued.

In an interview with Agence France-Presse (AFP), after an address at the College of Europe in Belgium, Stoltenberg said he welcomed Brussels' efforts to boost spending and streamline its defense industry.

But he was dubious about calls for the continent to develop "strategic autonomy" of the kind championed by France's President Emmanuel Macron.

The EU doesn't have an army of its own, but the European Commission is seeking what it calls a more "geopolitical role" with its own foreign and defense industry policy.

Fellow Brussels-based institution NATO, by contrast, bills itself as the most successful military alliance in the world – in large part thanks to American military spending.

"I support EU efforts on defense because more defense spending, new military capabilities and addressing the fragmentation of the European defense industry – all of that will be good for European security, for trans-Atlantic security, for all of us," he told AFP.

"So all these efforts – as long as they complement NATO – we welcome them, but the EU cannot defend Europe."

"More than 90% of the people in the European Union, they live in a NATO country. But only 20% of NATO's defense spending comes from NATO EU members," Stoltenberg said.

Turkey had harshly criticized Macron's statements undermining NATO's main principle, which is based on the solidarity of its allies.

There have also been tensions between some European capitals and NATO ally Turkey, which was accused of violating Greek waters in a search for gas reserves following the pressure from EU members Greece, the Greek Cypriot administration and France.

Most recently, the two neighboring NATO allies in January launched the first direct exploratory talks in nearly five years to address their disputes related to sovereignty rights in the Eastern Mediterranean. That meeting in Istanbul, the 61st round, lasted only a few hours, but both sides said that they had agreed to meet again in Athens.

During the recent period Britain, a major NATO member, left the union, further tipping the balance of spending between EU and non-EU allies in the latter's favor.

This has fueled calls from some in Europe for the continent to chart its own strategic course.

Macron told the Financial Times last month: "I am a defender of European sovereignty, of strategic autonomy, not because I'm against NATO or because I doubt our American friends but because I am lucid on the state of the world.

"Nobody can tell me that today's NATO is a structure that, in its foundations, is still pertinent. It was founded to face down the Warsaw Pact. There is no more a Warsaw Pact," he said. The Warsaw Pact was signed in 1955 to form a Soviet bloc counterpart to NATO, which was created six years earlier.

But Stoltenberg says NATO still faces many other foes. He cited Russia's encroachment on its neighbors, international terrorism, cyberattacks, the security impacts of climate change and the need to maintain an advantage over rising China.

"Because I don't believe that any country or any continent alone can manage the security challenges we face today."

In geographic terms, he points out, the EU's flanks are defended in the north Atlantic from Russian encroachment by non-EU members the U.S., Canada and the U.K.

In the southeast, non-EU member Turkey sits on the borders with Syria and Iraq, he said and added it is "extremely important in the fight against Daesh and international terrorism."

Turkey was one of the first countries to declare Daesh as a terror group in 2013. The country has since been attacked by Daesh terrorists multiple times. In response, Turkey launched anti-terror operations at home and abroad to prevent further attacks.

U.S. President Joe Biden, expected to attend a NATO alliance leaders' summit later this year, is seen as wanting to keep pushing European members to meet their defense spending commitments – as Trump did.

"But most importantly, this is about politics," Stoltenberg said. "Because any attempt to weaken the link, to divide Europe and North America, will not only weaken NATO, it will divide Europe."