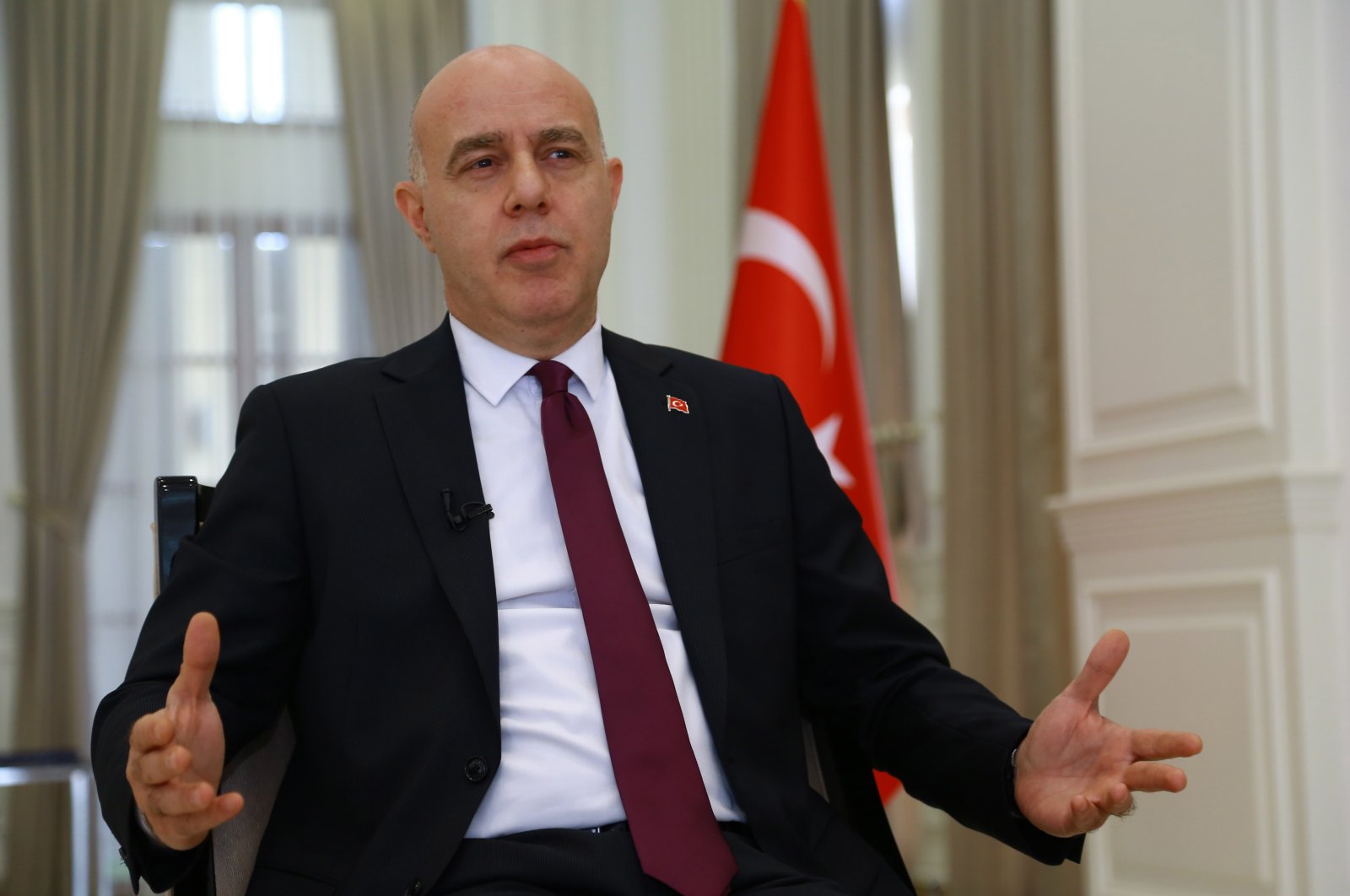 Turkey sees any threat against Iraq's territorial integrity as a threat against its own national security, said the new Turkish ambassador to the country on Thursday, underlining that a new positive period will soon launch that benefits both sides and bilateral ties.

Having recently assumed his new role in the capital Baghdad, Ambassador Ali Rıza Güney told Anadolu Agency (AA) that the PKK presence in northern Iraq is an issue that can be understood through mutual empathy.

"We have to fight this terrorist organization that nests in Iraq in a way that will eliminate them. The first actor that needs to do this struggle is the Iraqi government and the Kurdistan Regional Government (KRG). The Kurdish people also must be more sensitive against the terrorist group. Iraq has homework to do on this issue. What we expect; If we have to take precautions when there is an attack on Iraq from our land, Iraq should also do this," the Turkish ambassador said.

Commenting on how Turkey seeks to strike a balance between the central government in Iraq and the KRG, Güney said that Turkey views Iraq as a whole despite its federal structure. Underlining the shared history and brotherly relations between the two nations, Güney said that the different groups and identities in Iraq are not a determinant factor for Turkey.

He said that he would increase his activities in the country and organize more frequent visits within Iraq, during which he will visit all provinces without discrimination.

Earlier this week, Iraq's Foreign Ministry summoned the Turkish diplomatic representative in the country's capital Baghdad to express their concern over Turkish Defense Minister Hulusi Akar's weekend visit to troops at a military base in northern Iraq.

The Iraqi Foreign Ministry said in a statement that it handed the Turkish charge d'affaires a protest note regarding Akar's visit to a Turkish base in northern Iraq. According to the statement, the ministry told the top Turkish Embassy official that Baghdad "categorically rejects the continuing violations of Iraqi sovereignty ... by the Turkish military forces."

Commenting on the incident, Akar said that Turkey respects the territorial integrity and sovereignty of all of its neighbors, in response to Baghdad’s decision to summon the Turkish diplomat over Akar’s visit to a base in northern Iraq.

“Our only goal is to fight terrorism and terrorists. Everybody should know that we are in northern Iraq due to the terrorists who have taken shelter over there due to the region’s geographical conditions,” Akar said, adding that Turkey will continue to do whatever is necessary to end the PKK’s four-decade terrorist campaign that has claimed the lives of 40,000 people in Turkey. He also underlined Ankara has no other intentions in northern Iraq or Syria.

PKK terrorists often use northern Iraq as a base to plan cross-border terrorist attacks on Turkey. The Turkish Armed Forces (TSK) regularly conduct cross-border operations in northern Iraq. Turkey has long been stressing that it will not tolerate terrorist threats posed to its national security and has called on Iraqi officials to take the necessary steps to eliminate the terrorist group. Ankara previously noted that if the expected steps were not taken, it would not shy away from targeting terrorist threats.

Noting that Iraq holds elections every four years, even when going through difficult periods, Güney expressed his hope that the upcoming elections will be more democratic and go smoothly.

"Whoever is elected, our hope is that they offer prosperity to its people and make the income sharing fair. We also trust Iraqi youth."

He recalled that Iraqi Turkmen experienced problems in previous elections and expressed Turkey's hope that no such issue occurs again.

"Iraqi Turks are our kin. Iraqi citizen Turks are a bridge of friendship between us. They have never taken action against Iraqi territorial integrity. We saw this in the 2017 referendum (KRG independence) ... When you read the history of the Iraqi Turks, you see how brutally they were massacred. The Iraqi Turks should be embraced by the Iraqis. One of the guarantees of Iraq's integrity is the Iraqi Turks. I will extend my hand to them, and we will work together for the good of Iraq and Turkey."

Güney also touched on the topic of schools linked to the Gülenist Terror Group (FETÖ).

"It seems like FETÖ schools provide education but families here, unfortunately, make a mistake. There are other serious scenarios behind those schools. The diplomas of those who graduated from FETÖ schools are not recognized in Turkey."

He also underlined the success and educational quality of schools run by Turkey's Maarif Foundation in Iraq, just like in other countries. Güney said the foundation aims to open at least one school in every province and added that Turkey prefers FETÖ schools be handed over to Maarif.

The Turkish Maarif Foundation has become an important worldwide educational brand in the few years since it set out to expand Turkey’s clout in the sector. It was established to set up Turkish schools abroad and is now active in 67 countries with 357 schools and dormitories, from simple education centers to universities that cater to more than 40,000 students. The foundation, which was founded on June 17, 2016, officially started its activities a few months later after a brutal coup attempt orchestrated by FETÖ. One of Maarif's missions was to take over the schools formerly operated by FETÖ, which is known for its international network of institutions.