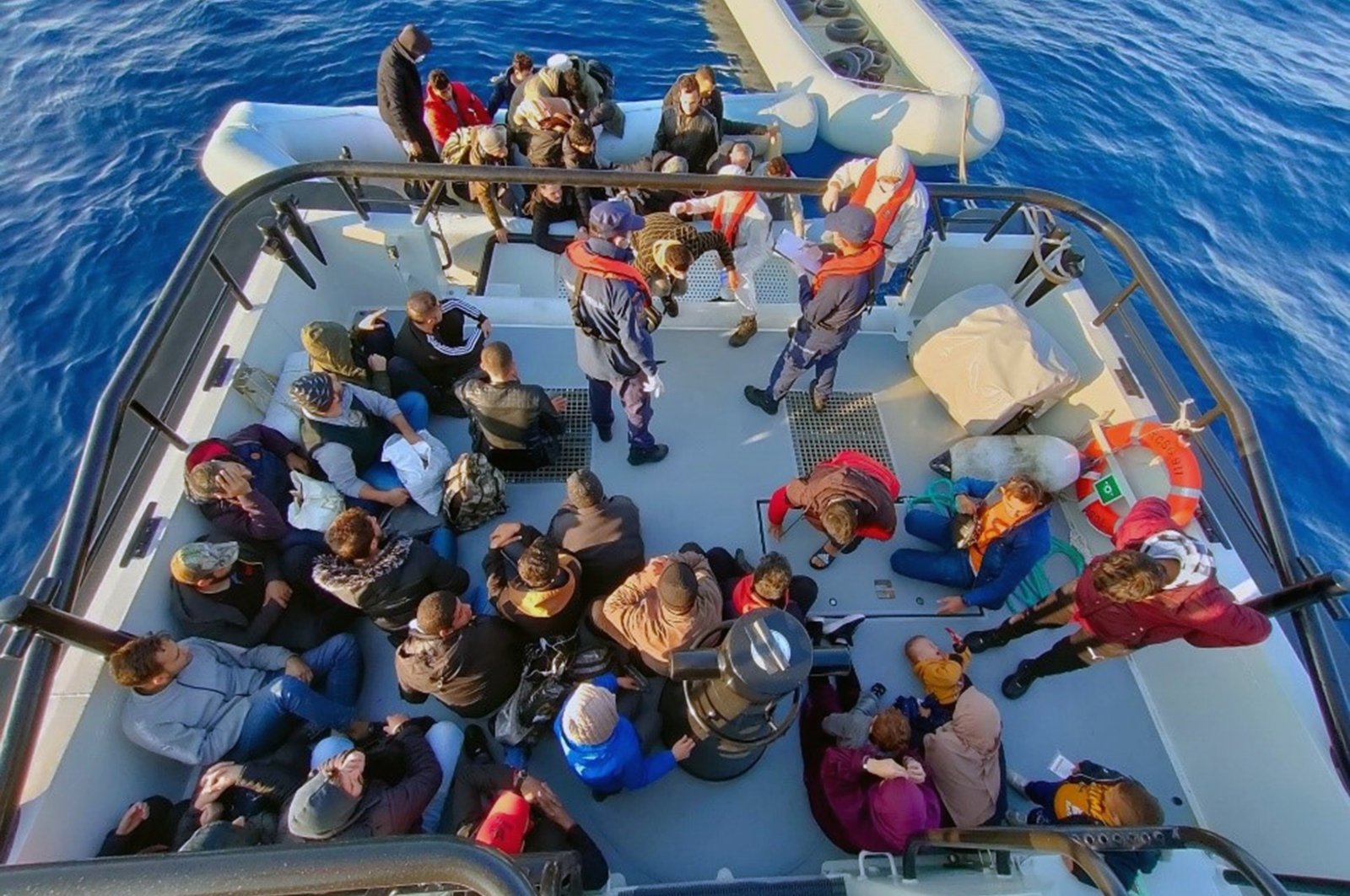 Turkish security forces on Monday and Tuesday held some 164 irregular migrants in the country's eastern provinces and rescued 258 asylum-seekers from the Aegean sea after an illegal pushback by Greece amid the ongoing migrant crisis due to instability in different countries of the region, mainly in Afghanistan and Syria, security sources said.

Gendarmerie forces in the eastern Ardahan province stopped three vehicles at a checkpoint and caught 27 irregular migrants as well as three drivers suspected of human trafficking.

The migrants were referred to the provincial migration office while the drivers were arrested.

Separately, in the eastern Van province, 73 migrants were found hiding at a shop in the Edremit district. The migrants, who were Afghan nationals, were later sent to the local migration office.

The shop owner along with another individual were held on suspicion of human smuggling.

Turkey is not the only country putting up barriers. Its neighbor Greece recently completed a 40-kilometer (25-mile) fence and surveillance system to keep out migrants who manage to enter Turkey and attempt to reach the European Union.

Authorities say there are 182,000 registered Afghan migrants in Turkey and up to an estimated 120,000 unregistered ones. President Recep Tayyip Erdoğan urged European countries to take responsibility in the event of an influx, warning that Turkey had no intention of becoming "Europe's migrant storage unit."

Turkey hosts nearly 5 million refugees – more than any country in the world. After the Syrian civil war broke out in 2011, Turkey adopted an “open-door policy” for people fleeing the conflict, granting them “temporary protection” status. Afghans are believed to be the second-largest refugee community in Turkey after Syrians. Many of the migrants arriving via Iran are heading for Istanbul to find work or passage to another coastal city from which to embark for Europe.

In two separate incidents, the Turkish Coast Guard rescued some 101 asylum-seekers who were illegally pushed back by Greece off the coast of the southwestern province of Muğla.

The asylum-seekers were rescued from rubber boats and then referred to the provincial migration office.

On Tuesday, 157 irregular migrants pushed into Turkish territorial waters by Greek elements, off the coast of İzmir's Urla, Dikili, Seferihisar and Çeşme districts, were also rescued.

Turkey and human rights groups have denounced Greece's practice of pushbacks, saying that in addition to violating international law, the pushbacks endanger innocent asylum-seekers, including women and young children.

"Pushbacks are illegal under international law and should not happen," U.N. High Commissioner for Human Rights spokesperson Marta Hurtado said at a U.N. press conference.

Meanwhile, Bulgaria on Monday deployed 350 soldiers to the border with Turkey to help police cope with the growing influx of migrants, the defense minister announced.

"Soldiers arrived at the Bulgarian-Turkish border since today to back up the border police," Georgi Panayotov told the private bTV channel.

The 350 troops deployed with 40 units of equipment, he added.

This year has already seen more than 6,500 people cross illegally into Bulgaria, three times the numbers for the first nine months of 2020, according to the interior ministry.

The east European country sits on one of the main routes migrants use to enter the EU from the Middle East and Afghanistan.

Bulgaria is an external border for the European Union. A partly damaged barbed-wire fence runs the length of the 259-kilometer frontier with Turkey.

The Bulgarian Parliament agreed in August to dispatch 400-700 soldiers to the borders with Greece and Turkey, mainly to help build the fencing.

Bulgaria is the poorest EU member state and has never taken in large numbers of asylum-seekers, most of whom try to move on through the EU before waiting for a response from Sofia on their refugee status.

EU countries have feared an influx of people from Afghanistan since the Taliban seized control on Aug. 15, with memories of the migrant crisis that shook Europe in 2015 still fresh.