Turkey won't be intimidated by US threats of sanctions: Bahçeli 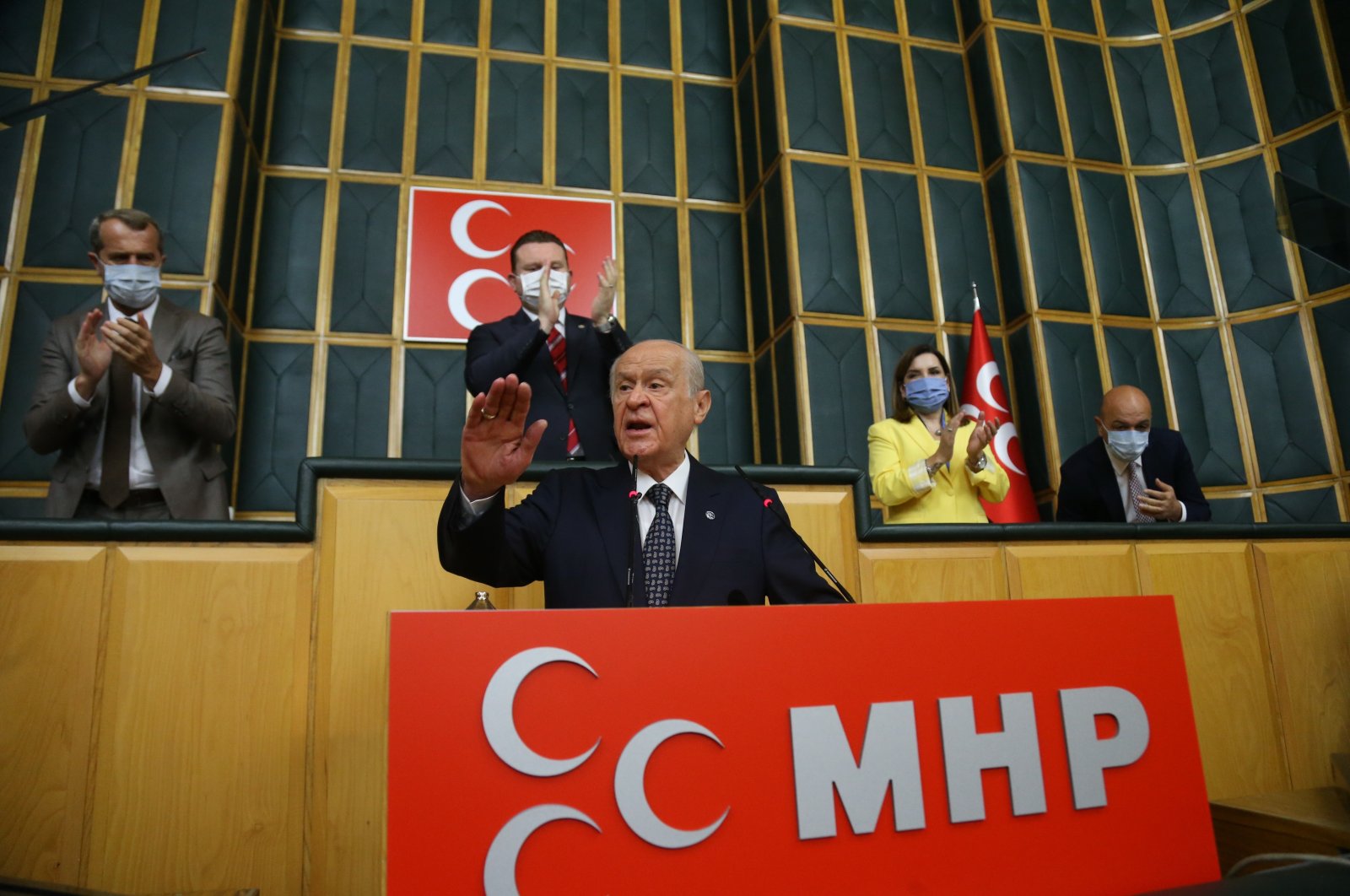 Nationalist Movement Party (MHP) Chairperson Devlet Bahçeli criticized the United States for threatening to impose more sanctions on Turkey if it proceeds with the purchase of additional S-400 missile defense systems from Russia, and said their threats are in vain.

Speaking at his party’s first parliamentary meeting of the new legislative session, Bahçeli said Turkey will not give up its sovereign character after the U.S.’ “sanctions card.”

“So the U.S. administration threatens us with new sanctions. Let them do that, we’ve gotten used to it by now,” Bahçeli said, as he criticized Washington for threatening Turkey but providing weapons to terrorists in northern Syria.

The U.S. has called on Turkey to refrain from buying additional Russian arms after President Recep Tayyip Erdoğan said they still intended to acquire a new batch of Russian-made missile systems, despite Washington's opposition.

Turkey’s initial purchase of the first batch of S-400s from Russia strained ties with the U.S.

The move prompted Washington to remove Turkey from the new generation F-35 Lightning II jet program before it imposed sanctions on the country’s Defense Industry Presidency (SSB), its chief, Ismail Demir, and three other employees in December

Erdoğan explained that Turkey was not given the option to buy American-made Patriot missiles and that the U.S. had not delivered F-35 stealth fighter jets despite payment of $1.4 billion (TL 12.37 billion).

The MHP chair also slammed the U.S. for plans to label the Idealist Hearths as a terrorist group.

“Only martyrs and heroes come from Idealist Hearths, not terrorists or traitors,” Bahçeli said.

The 2022 National Defense Authorization Act (NDAA) adopted by the U.S. House of Representatives seeks to designate the Idealist Hearths, as a foreign terrorist group. The Gülenist Terror Group (FETÖ) and the Armenian lobby in the U.S. are thought to be behind the act.

“Turkey does not have a Kurdish issue,” he said, adding that the Republican People’s Party (CHP) and the Good Party (IP) see Kurds as a problem. He noted that there is a terrorism problem in the country instead. He also dismissed the opposition’s demand to hold early elections once again and said there was no return to the parliamentary system.

“The presidential system needs to be enhanced and maintained,” he said, in response to the opposition’s plans to return to the parliamentary system.

It has been more than four years since Turkey switched from a parliamentary system to the current presidential system after the majority of Turkish voters opted to create the new system. Turkish voters narrowly endorsed an executive presidency in the April 16, 2017 referendum with 51.4% of the votes in favor. The official transition to the new system took place when President Recep Tayyip Erdoğan took the presidential oath of office in Parliament after the June 24, 2018, general elections, during which he won 52.6% of the votes.

The next presidential and general elections are planned to be held in 2023.