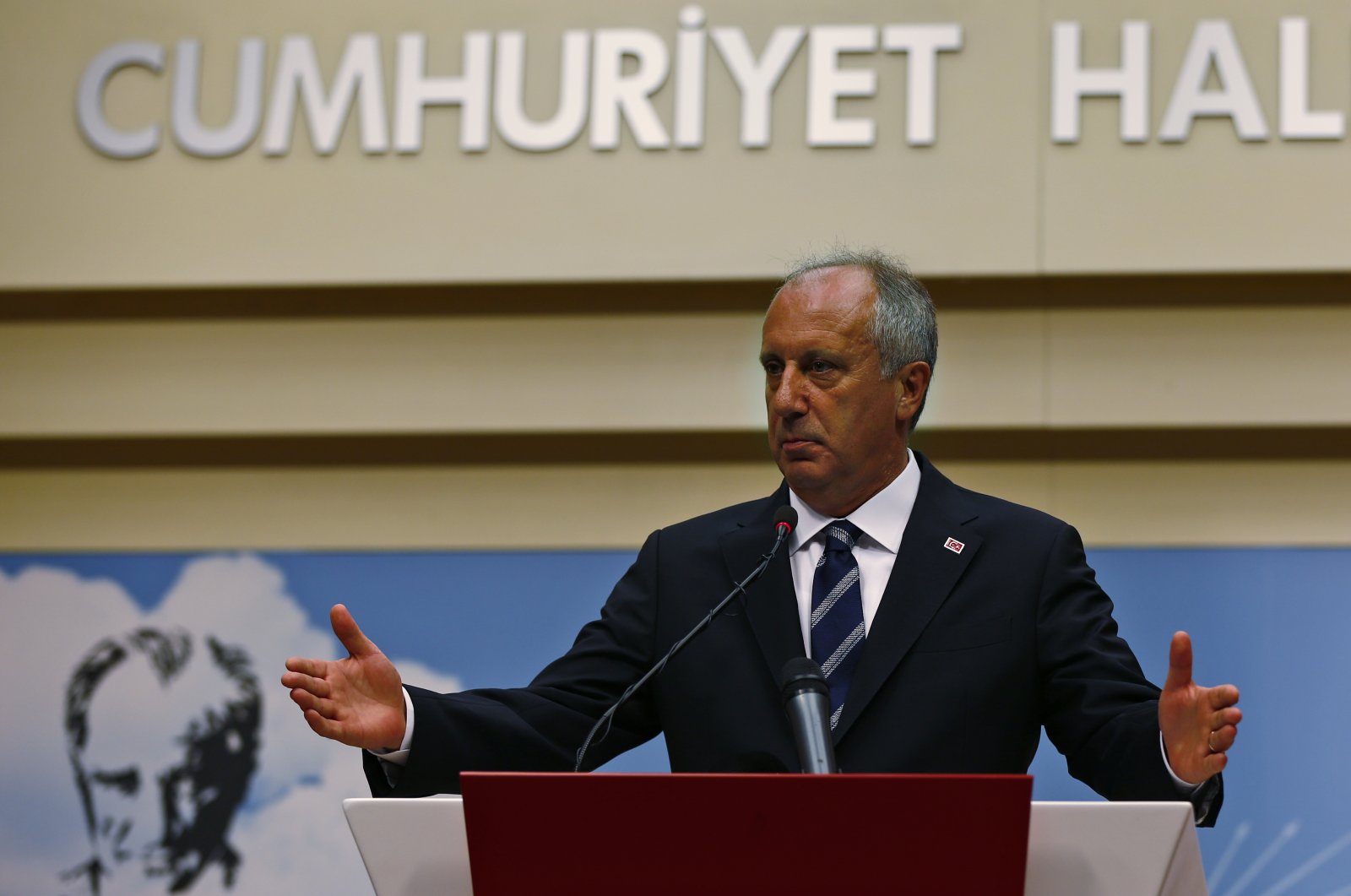 Main opposition Republican People’s Party (CHP) dissident Muharrem İnce, who ran as the party’s candidate in the 2018 presidential elections, is preparing to resign from the party after 40 years and establish his own party, Hürriyet daily reported yesterday.

As the main opposition party’s candidate in the 2018 Turkish presidential election, İnce received just over 30% of the votes, placing second behind the first-round winner, President Recep Tayyip Erdoğan, with 53%.

İnce, who had launched the Homeland in A Thousand Days campaign back in August, is planning to resign on March 1 and has rented a 4,500-square-meter (48,438-square-foot) building in the capital’s Çankaya district for his new party, Hürriyet daily columnist Yalçın Bayer said. The dissident is planning to include İzmir Deputy Mehmet Ali Çelebi and and former Good Party (İP) founder Ali Türkşen to his new party. Both former soldiers implicated in sham trials linked to the Gülenist Terror Group (FETÖ) had openly expressed their dismay with their respective party administrations.

On Jan. 15, Çelebi said on his Twitter account that the CHP administration has not responded to a letter submitted by fellow party members about the lack of democratic intraparty practices and a political framework to win the elections they had submitted on Dec. 10, 2020.

“No steps have been taken,” Çelebi said.

Bayer noted that İnce will try to refrain from extravagance, and the headquarters in Çankaya is seen as a display of modesty.

Dissidents accuse CHP Chairperson Kemal Kılıçdaroğlu with hypocrisy in terms of criticizing Erdoğan for so-called “one-man rule,” while maintaining a firm grip on the party. They claim that Kılıçdaroğlu has become a pioneer of one-man rule as he has failed to step down even though the party has lost numerous elections under his leadership. The dissidents also criticize the party for nominating individuals who seem to contradict party ideology and principles and for failing to hold offenders accountable for their mistakes.

İnce was elected four consecutive times in 2002, 2007, 2011 and 2015 as a CHP deputy for his hometown Yalova. He also served as the CHP’s parliamentary group deputy chairman for two terms. He is not the first CHP dissident to part ways with the party. Recently in December, former mayor of Istanbul’s Şişli district, Mustafa Sarıgül, announced the name of his party, the Party for Change in Turkey (TDP) in an official launch ceremony held in Istanbul.