'Cooperation on migration should not be reduced to financial aid' 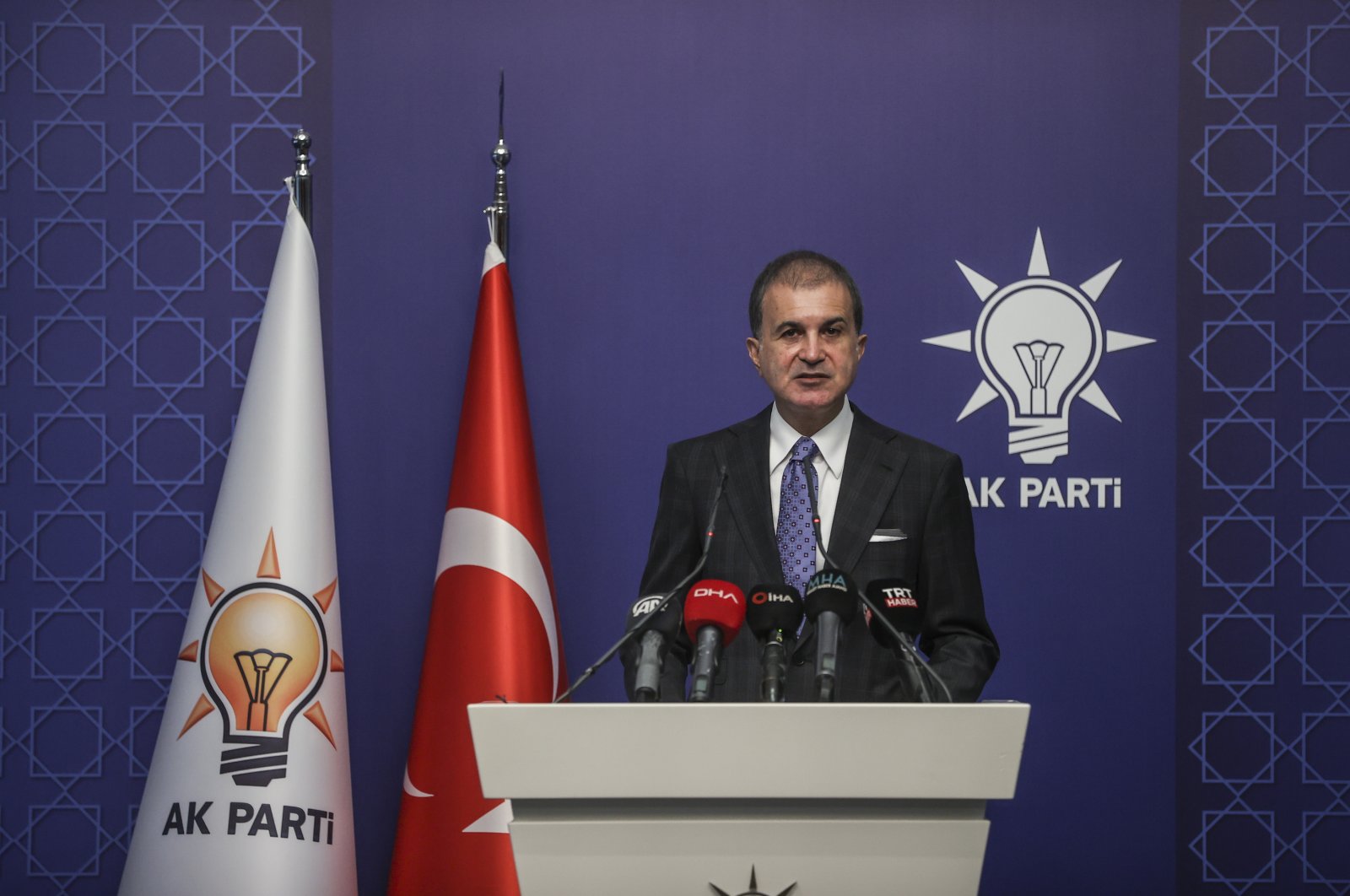 Support for Turkey's struggle in managing the migrant crisis should not be reduced to financial issues only, said the ruling Justice and Development Party's (AK Party) spokesperson Tuesday, who added that Turkey has a limit to the burden it will carry on migration.

Ömer Çelik criticized the European Union for "reducing the issue of migration to merely financial aid," which he viewed as "a lack of vision, unsustainable in the long run, a grave mistake."

He said the aid will be provided to Syrian refugees, not Turkey, and the EU desires to protect Europe from migration and its negative effects through the funds.

"Turkey bears this burden, but there is a limit to Turkey's bearing of this burden. Therefore, the determination of close cooperation should not be reduced to financial issues only, but should be viewed from a broader perspective," he said.

In response, the Turkish Foreign Ministry said that the decisions taken regarding Turkey at the EU summit in Brussels are far from containing the expected and necessary steps.

"The proposed new financial aid package is for Syrian refugees, not Turkey, and is essentially a step to be taken to ensure the EU's own peace and security. Reducing migration cooperation to merely a financial dimension is a big mistake. Aiming for close cooperation in this area would be beneficial for everyone," it said.

Çelik went on to say that the 2016 migration agreement between Turkey and the bloc should be addressed in all aspects rather than partial approaches.

The deal has been successful in stemming the flow of migrants and refugees, but the EU’s reluctance to take in refugees from Turkey and bureaucratic hurdles in transferring promised funds for refugees have led to sharp criticism from Turkish politicians.

Turkey is hosting 6 million migrants, with nearly 4 million from Syria, its migration authority says. That is 2 million more than in 2016 and a heavy burden on a country that only had 60,000 asylum-seekers in 2011 before Syria's civil war broke out.

Çelik also reiterated that Greece violated the 1988 Athens Memorandum of Understanding (MoU) by declaring war drill zones in the Aegean Sea during the summer tourism season, a period not allowed by the deal.

He said the attitude Greece adopted is against the deal as well as discussions between Turkish President Recep Tayyip Erdoğan and Greek Prime Minister Kyriakos Mitsotakis.

"As a result of Greece's tendency to maintain the policy of tension, Turkey issued a Navtex," said Çelik. "Turkey has no choice but to issue a Navtex ... The whole world must see that tensions originate in Greece."

According to the information received from security sources, with the Athens MoU signed between Turkey and Greece in 1988 it was decided not to carry out exercises in the international waters of the Aegean Sea and not to declare a military training area during the busy summer tourism season between June 15 and Sep. 15. Taking into account the moratorium period established by the MoU, Turkey did not declare an area in international waters in the Aegean Sea for military training between June 15 and Sept. 15 during the planning of its 2021 operations-training activities. Greece, on the other hand, did not comply with the agreement and declared a training/practice area for this year, including the period determined by the moratorium. Despite Turkey's respectful attitude and diplomatic initiatives to the moratorium, Greece did not make any changes in the areas it had declared in order to comply with the moratorium.

Turkish Foreign Minister Mevlüt Çavuşoğlu recently said that Greece must halt its provocations in order for relations to grow and to avoid further escalation. The bilateral ties between the two neighbors have become tense due to conflicts concerning drilling rights and maritime borders in the Eastern Mediterranean.

Turkey, which has the longest continental coastline in the Eastern Mediterranean, has rejected the maritime boundary claims of Greece and the Greek Cypriot administration, stressing that these excessive claims violate the sovereign rights of both Turkey and Turkish Cyprus.

On the Cyprus issue in particular, Çelk said decisions about the island at last week's EU summit did not present a fair attitude.

"The EU failed to see the realities on the island once more, as seen in the summit decisions. We emphasize once again that the EU needs to see the truth on the island, and that there is a state and society that shares equal status with the Greek Cypriots, as the TRNC (Turkish Republic of Northern Cyprus)," he said.