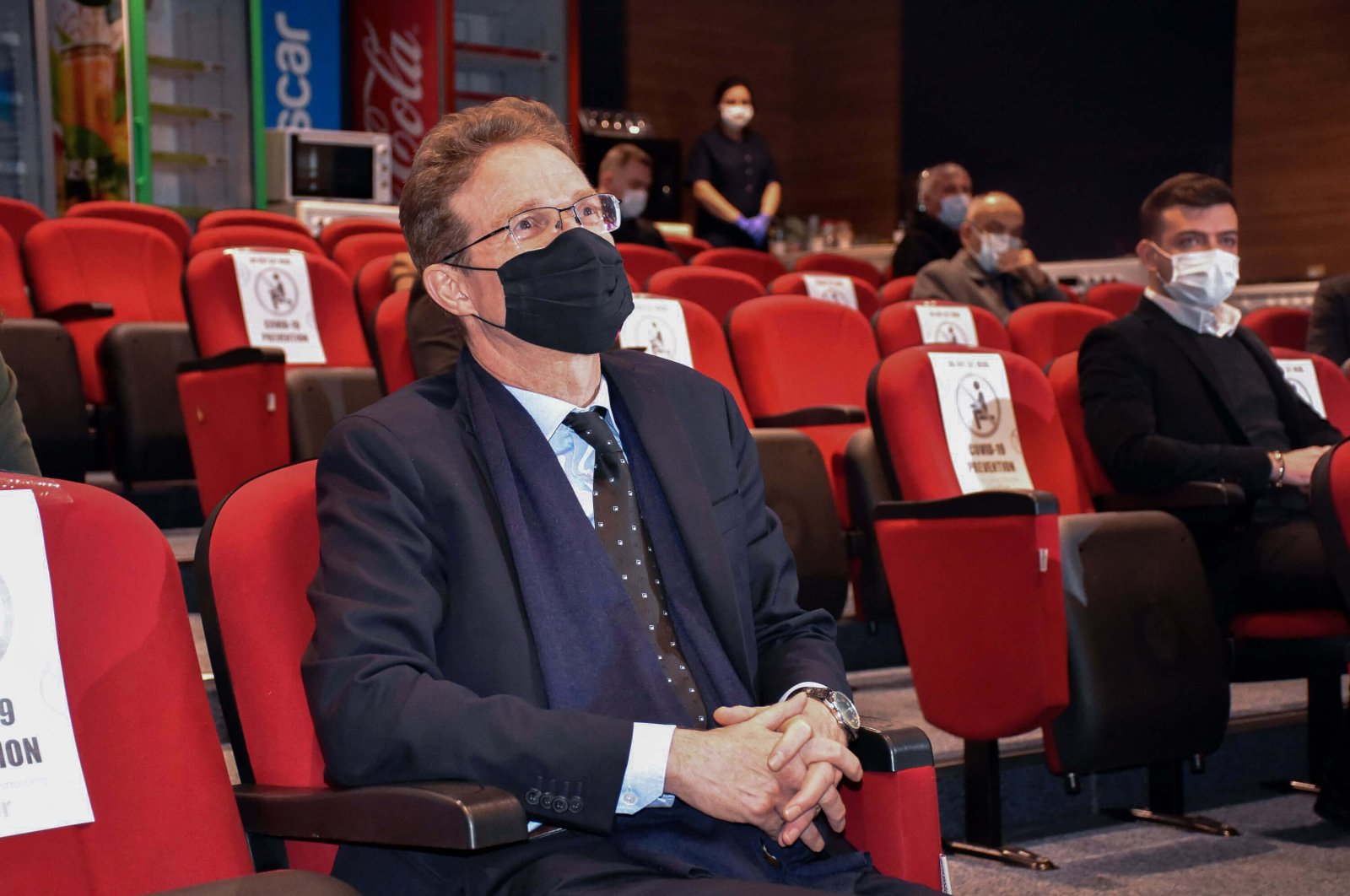 Nikolaus Meyer-Landrut, head of the European Union Delegation to Turkey, is briefed by officials during a visit to a factory in the central province Kayseri, Turkey, Feb. 4, 2021. (AA Photo)
by DAILY SABAH WITH AA Feb 05, 2021 12:16 pm
RECOMMENDED

"We received this well. We wish to see concrete steps in a direction that will lead to the opening of a window of opportunity in EU-Turkish relations," said Meyer-Landrut as quoted by Anadolu Agency (AA), referring to the Turkish government's latest push for reforms expressed by President Recep Tayyip Erdoğan.

"The reform package includes very essential issues such as economic reforms, judicial reforms and an EU action plan. This is important not only for the country (Turkey) but also for Turkish-EU relations. As such, we will closely follow the developments," he added.

Erdoğan said Monday that if the AK Party reaches a consensus with its partner in the People's Alliance, the Nationalist Movement Party (MHP), then an "action for drafting a new constitution in the upcoming period" was possible.

On Tuesday, Devlet Bahçeli, the leader of the MHP, said Turkey is "obligated" to replace its current Constitution. He said the country's Constitution in its present form was the "product of extraordinary conditions."

Talk of a new constitution came amid the government's new democratic reform initiative. The president referred to 2021 as the “year of reforms” and pledged that his party would overhaul the economy and judiciary.

Meyer-Landrut also underlined the importance of confidence-building and focusing on positive steps in Turkish-EU relations.

During a meeting in Brussels on Dec. 10, EU leaders decided to draw up a list of Turkish targets to sanction. While France, Greece and the Greek Cypriot administration have been the biggest advocates of taking a hard line against Turkey, other EU states led by economic powerhouse Germany have leaned toward a more diplomatic approach so far.

Since then, the hostile rhetoric has subdued dramatically, with Turkey and the bloc both voicing their desire to "turn a new page." Turkey recently reiterated that it is part of Europe and sees its future in the EU, adding that it will continue to work toward full membership. Turkish officials have also said that they hope for progress in 2021 and expect the bloc to take definitive action to this end.

Most recently, last week the EU decided to hold off on potentially sanctioning Turkey thanks to positive developments made during a meeting with the bloc's foreign ministers.