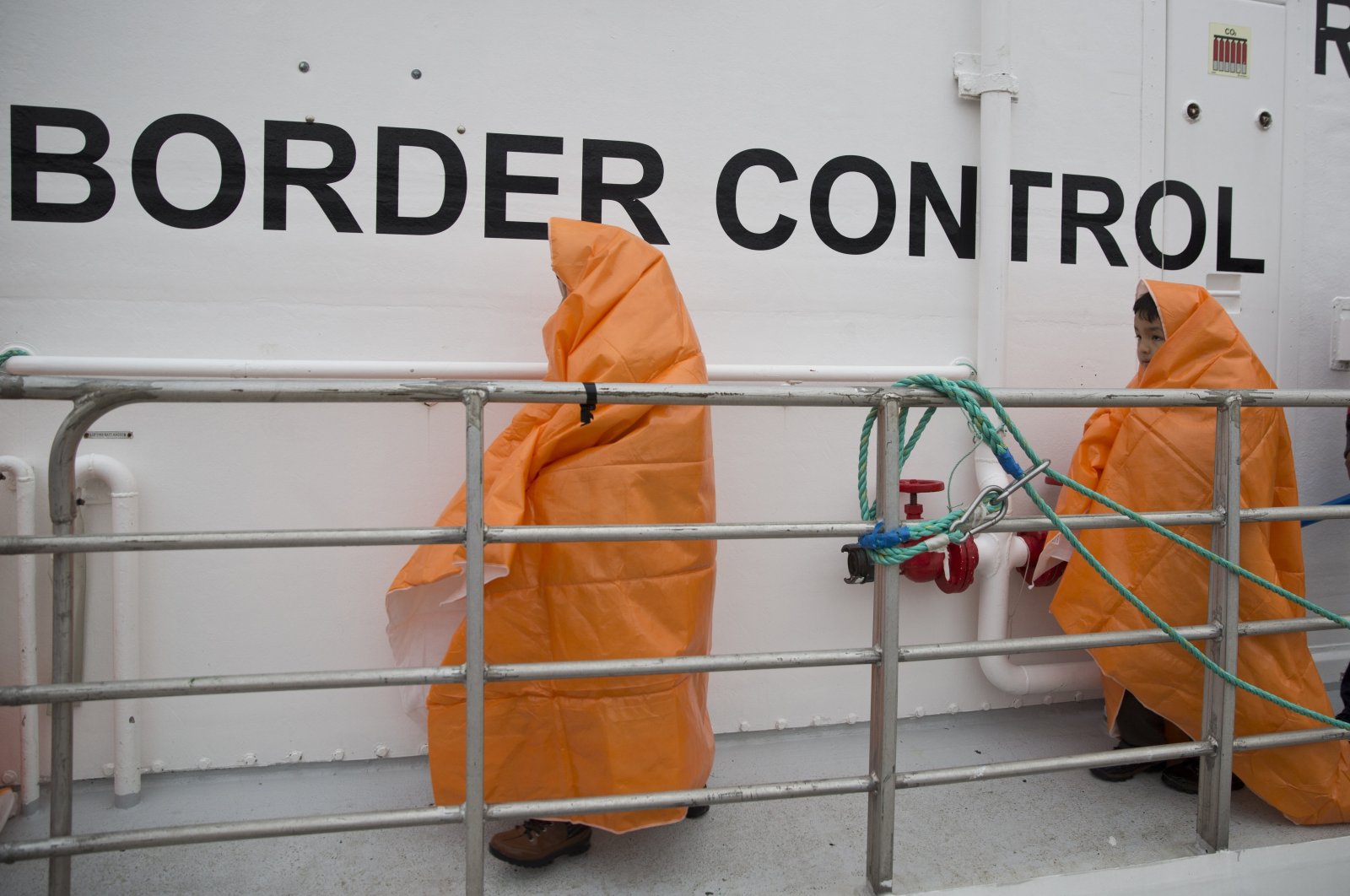 Two children prepare to disembark with other 53 migrants and refugees from a Norwegian Frontex patrol vessel after they were rescued near the shores of the island of Lesbos, Greece, March 22, 2016. (AP Photo)
by DAILY SABAH Jun 13, 2021 11:29 am
RECOMMENDED

Speaking to the British media outlet The Guardian in his first interview since leaving the office, Gil Arias Fernandez commented on the recent criticism over Frontex's role in the mistreatment of irregular migrants, including pushbacks from the EU border toward Turkish territorial waters in the Aegean Sea.

He said the current situation of the agency “pains” him and that it is vulnerable to the “alarming” rise of populism across the continent.

Expressing his deep concern about the agency’s damaged reputation, its decision to arm officers and its inability to stop the far-right from infiltrating its ranks amid anti-migrant movements across Europe, Fernandez said: “Weapons are not needed for Frontex operations. They are more of a problem than a help.”

“Frontex pains me. Especially for the staff, because they don’t deserve what they are going through. We saw the agency as an instrument to help the member states and the migrants. These events put a dent in all that effort. I do not believe that the agency has proactively violated the rights of migrants, but there are reasons to believe that it has turned a blind eye," he told The Guardian.

Frontex has come under heavy fire due to accusations of involvement or complicity in pushbacks, often in the Aegean Sea, but the agency denies the allegations. An internal probe this year found no evidence that Frontex was involved in pushback reports made public by a media consortium last October.

EU member states were involved in pushing back some 40,000 migrants and refugees into Turkish waters, resulting in the deaths of over 2,000 individuals during the pandemic, according to an investigation by The Guardian last month.

Following the news, the Council of Europe last month urged Greece to end its practice of pushing irregular migrants back from its borders toward Turkey and launched a probe into the allegations.