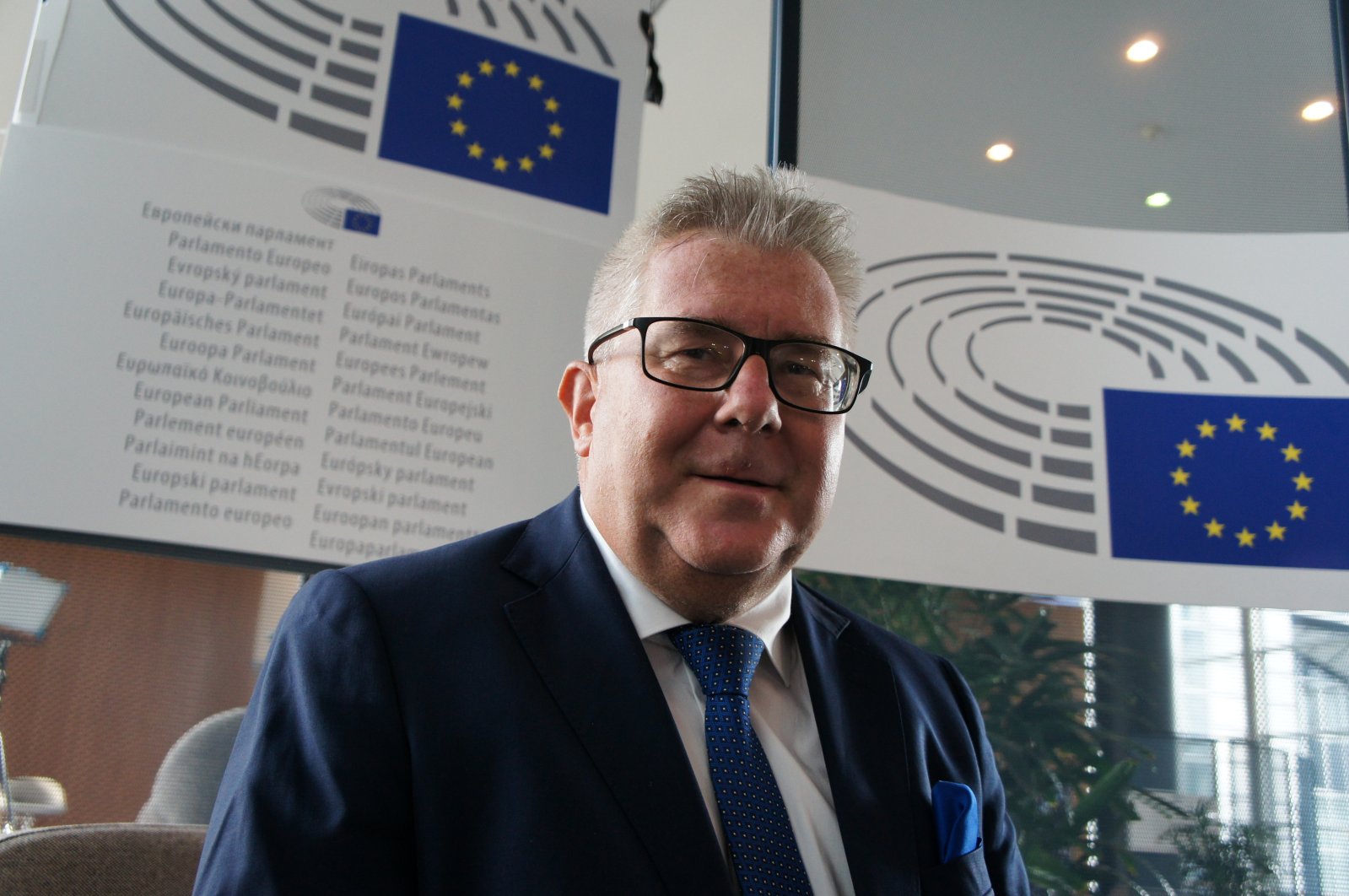 The positive agenda between Turkey and the European Union can pave the way for a more constructive relationship between the two sides, the chair of the EU-Turkey Friendship Group in the European Parliament said Friday.

Speaking to the Anadolu Agency (AA), Polish lawmaker Ryszard Czarnecki stated that 2020 was a very difficult year in EU-Turkey relations, and with the positive signals from Ankara at the beginning of 2021, relations have been relatively positive this year.

"The start of the consultative talks between Turkey and Greece, especially with the stable situation in the Eastern Mediterranean, made it possible for the European Council to present Turkey with a positive agenda that would protect the main interests of all parties. This positive agenda can pave the way for a more constructive relationship," he said.

Both the EU and Turkey have voiced their intentions to set a positive agenda, yet further efforts and actions are needed. Turkey has reiterated that it is part of Europe and sees its future in the EU, adding that it will continue to work toward full membership. Turkish officials have also said that they hope for progress in 2021 and expect the bloc to take definitive action to this end.

European Union leaders earlier this year said the bloc is ready to support a concrete and positive agenda with Turkey, especially in the areas of economic cooperation and migration, after President Recep Tayyip Erdoğan received the head of the European Council, Charles Michel, and the head of the European Commission, Ursula von der Leyen, in Ankara to discuss bilateral ties and seek a way forward after tensions rose high last year.

Stating that a slow but stable dynamic that facilitates constructive approaches has emerged in the last six months in the Eastern Mediterranean, Czarnecki said: "As time passed, it became clear to all parties that narrow and maximalist national positions would deepen the differences between them. The EU has also revealed that its members can count on European solidarity. The talks between Turkey and Greece and the de-escalation of tensions in the Eastern Mediterranean ensure that all parties seek negotiated solutions."

Turkish leaders have repeatedly stressed that Ankara is in favor of resolving outstanding problems in the region through international law, good neighborly relations, dialogue and negotiations. In order to find a solution to the dispute that favors all parties, last year Turkey also proposed holding a conference with the participation of each Mediterranean nation, including the Turkish Cypriots, but the EU has yet to provide a concrete answer to the proposal.

Most recently, on recent disputes with Greece – including the maritime jurisdiction areas, violations of the non-militarized status of Aegean islands and provocative Navtex announcements – Erdoğan said Turkey prioritizes solving issues through dialogue and negotiation.

The president stressed that Turkey has never neglected to provide opportunities for diplomacy while defending its legitimate rights based on history and international law.

The president said that Turkey expects Greece to respect its rights and interests and called on Athens to avoid "unilateral actions" and attempts at faits accomplis.

"We will find solutions based on fairness, justice, and cooperation with Greece, observing neighborhood ties," Erdoğan added.