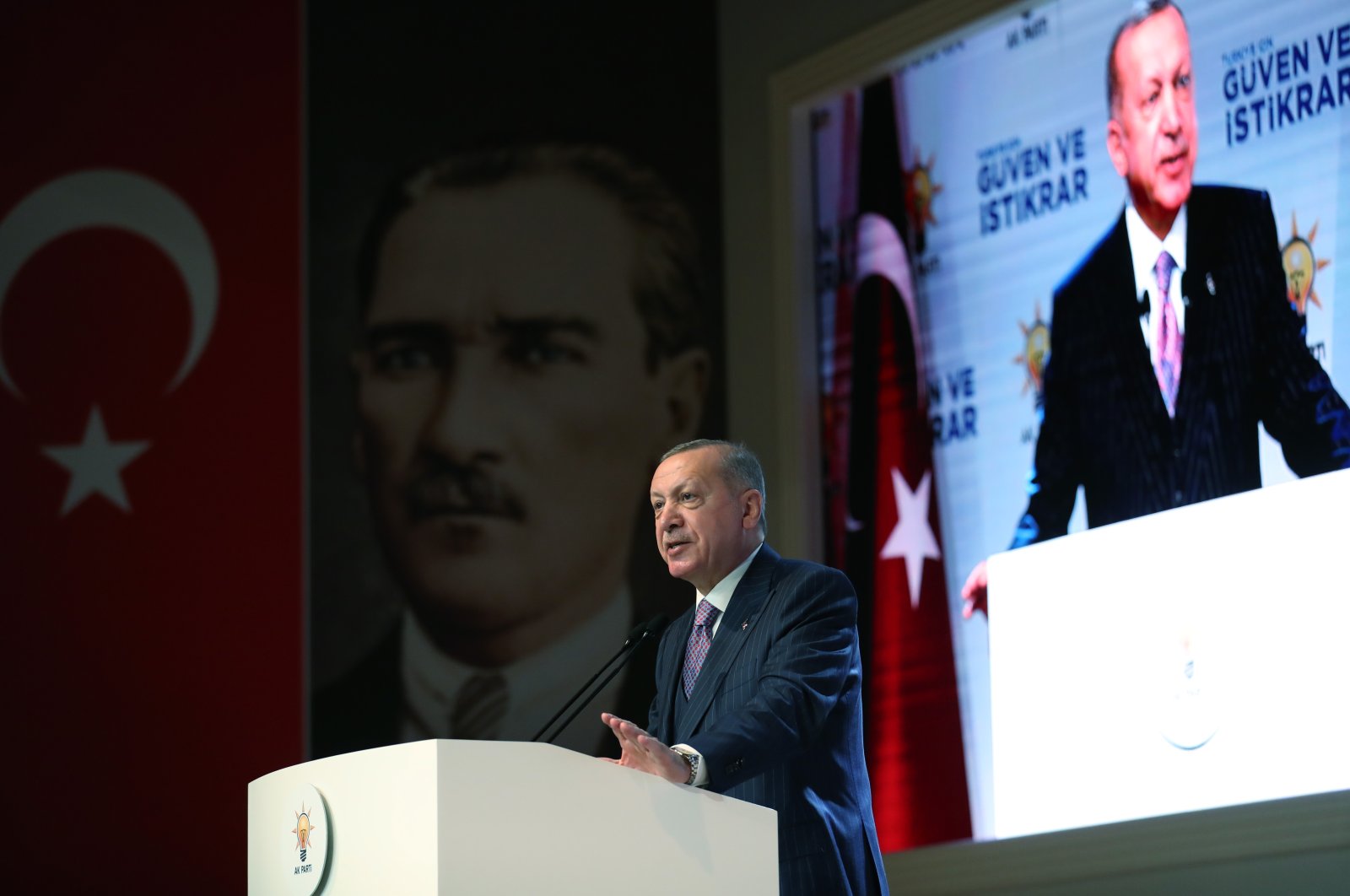 The ruling Justice and Development Party (AK Party) wants all political parties in the Turkish Parliament to participate in constitutional reform efforts as it would emphasize wide support from the country, President Recep Tayyip Erdoğan said Thursday.

Speaking at the AK Party’s extended provincial heads meeting on Istanbul's Democracy and Freedom Island to mark the 61st anniversary of the 1960 coup, Erdoğan touched upon the efforts for a new constitution.

He said they seek wide-range support for the new constitution, expressing his hope that Parliament will agree on a draft with a broad consensus, and it will be presented to the nation for approval.

"Our aim is that all parties in Parliament give constructive, effective and sincere support for the development of a new and civil constitution," Erdoğan said.

“If the desired ground for compromise is not formed, we, as the People's Alliance, are determined to present our preparations to the discretion of our nation with other parties that support us,” he added.

The president also said that their alliance partners Nationalist Movement Party (MHP) and Great Union Party (BBP) have been working to develop their own new constitution proposals, and he was recently briefed by MHP Chairperson Devlet Bahçeli about his party's own draft.

"The MHP has presented its draft to us in this way. We know that other parties are also preparing in this direction, our work is finished," Erdoğan said.

He further stated that they will make a comprehensive evaluation by bringing all drafts prepared by parties together until the end of the year and will seek ways to turn them into a common proposal.

Talk of a new constitution came amid the government's new democratic reform initiative. Erdoğan had called 2021 the “year of reforms” and pledged that his party would bring about many reforms in the fields of justice and economy.

Erdoğan on Feb. 1 had announced, "It is time for Turkey to discuss a new constitution again." The president wants Turkey to have a civilian-drafted constitution by 2023, coinciding with the centenary of the foundation of the Republic of Turkey. Amid debates for a new civil constitution, Erdoğan recently said that Turkey will have a comprehensive, clear, democratic and liberal constitution to guide the country in the upcoming century. He also underlined that the doors are open for all political parties to contribute to constitutional reform.

Following the president’s announcement, Bahçeli pledged support on the need for a new civilian constitution; however, the opposition objected.

The MHP has recently completed a draft for Turkey's constitution. Noting that the draft contains 100 articles, Bahçeli had said the current atmosphere of conciliation makes it a necessity to draft a new constitution and his party is ready to contribute with no preconditions.

“We have completed the preliminary preparations for the ‘100-article new constitution’ on the centenary of the republic,” Bahçeli said, adding that other parties should also outline the kind of constitution they would like to have in the country.

Also marking the 61st anniversary of the 1960 coup in Turkey, Erdoğan said that the 1960 coup, the first of the series of coups that made Turkey pay heavy political, social and economic costs, is still a bleeding wound in the hearts of our nation even though 60 years have passed.

"The process of transforming Yassıada first into the 'mournful island' and then into the Democracy and Freedom Island is also a summary of Turkey's political history of the last 60 years," Erdoğan said during his speech on the island.

“The coup plotters and their courage, putschist political mentalities, did not hesitate to set the country on fire for the sake of their own ambitions and undermine Turkey's democracy and development," he said, underlining the backing of the main opposition Republican People’s Party (CHP) to coups, coup attempts and the pro-coup mindset throughout Turkey’s history.

Erdoğan also said that the Turkish nation will give a lesson to the CHP in the upcoming 2023 elections, as it did in every election so far.

Democracy and Freedom Island, formerly called Yassıada, is one of the Princes' Islands located in the Marmara Sea southeast of Istanbul and symbolizes one of the darkest eras in the history of the republic, as it is notorious for the jails and trials from the 1960 military coup.

The island, which saw the culmination of the 1960 coup, was renamed Democracy and Freedom Island following a recent transformation and construction of new facilities.

Menderes was the founder of the Democrat Party (DP) in 1945, which broke from the CHP that had been governing the country in a single-party system since the founding of the republic and led it in the first multiparty elections in 1946. In the 1950 elections, the DP won a parliamentary majority and ran the country until the May 27, 1960, military coup. Menderes is seen as the first democratically elected prime minister of Turkey.

His term saw significant changes to counter the strict secularist policies of the preceding CHP era that alienated significant portions of the nation, coupled with economic reforms and major diplomatic realigning, including membership to NATO. The DP is seen by many as the predecessor of the liberal-conservative political movements of the Justice Party (AP) of the 1960s and 1970s, the Motherland Party (ANAP) of the 1980s and the AK Party.