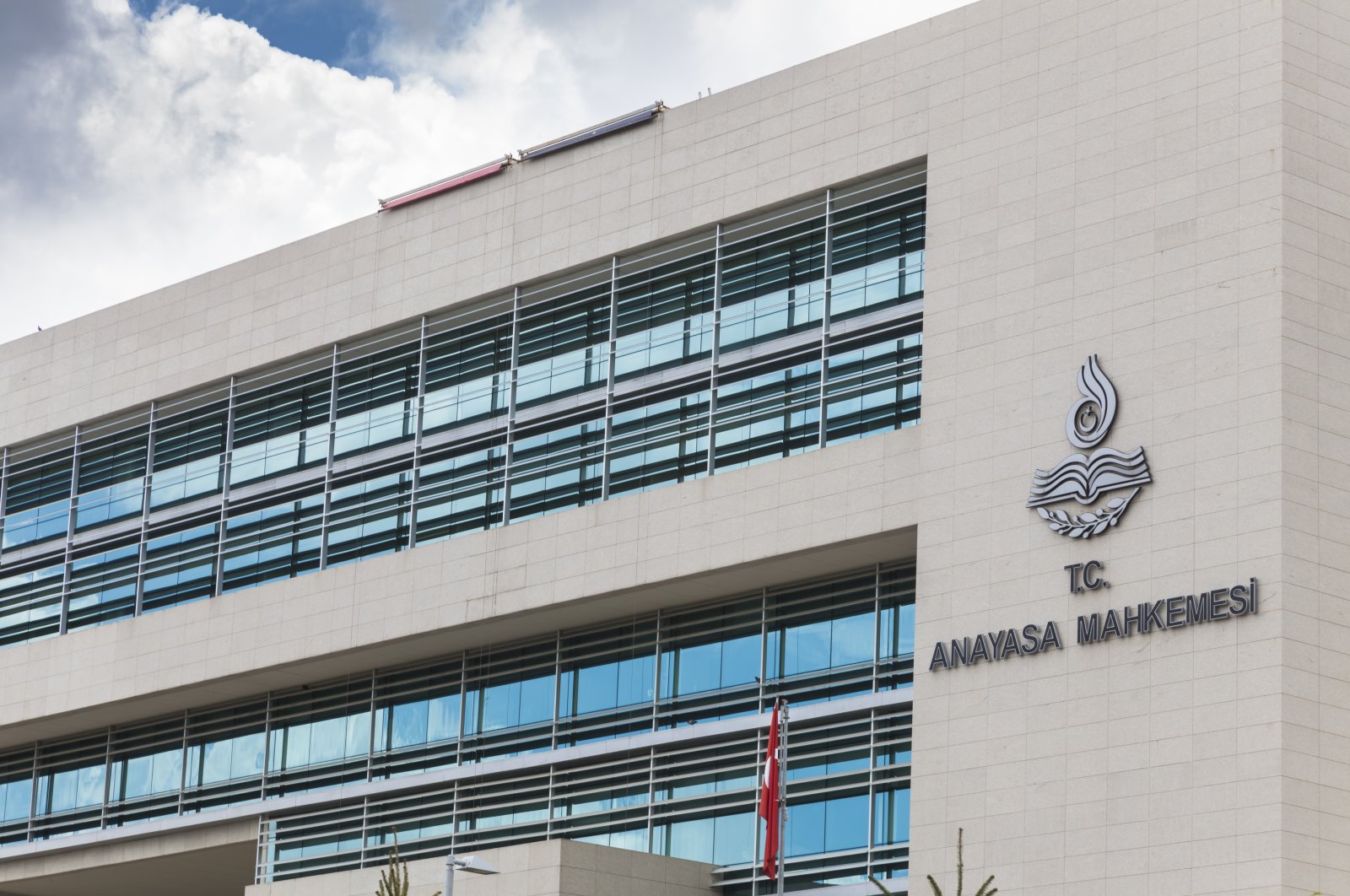 The Constitutional Court of Turkey, the highest legal body for constitutional review in Turkey, in Ankara. (Shutterstock File Photo)
by DAILY SABAH WITH AGENCIES Jun 21, 2021 11:17 am
RECOMMENDED

The Constitutional Court accepted an indictment seeking the closure of the pro-PKK Peoples' Democratic Party (HDP) in Turkey over the party's links to the terrorists.

Turkey's chief prosecutor refiled an indictment seeking the dissolution of the HDP. In response, the Constitutional Court assigned a rapporteur to the case.

The indictment calls the HDP an undemocratic party that colludes with the terrorist group PKK and seeks to destroy the unity of the state.

The indictment was previously returned by the Constitutional Court due to missing details.

Bekir Şahin, the chief public prosecutor of the Supreme Court of Appeals, refiled the 850-page indictment in the Constitutional Court, and it was sent to the Supreme Court, also called the Court of Cassation. The indictment asks for a political ban on nearly 500 party members and a suspension of the party's bank account.

One of the most concrete reasons for this process regarding the HDP dates to 2014. In September 2014, clashes intensified between YPG – the Syrian branch of the PKK terrorist group – and Daesh in the town of Ain al-Arab, also known as Kobani, near the Turkish border. Developments in Ain al-Arab, which was then the territory of the Syrian regime, triggered violence in Turkey sponsored by the PKK and the HDP. Ain al-Arab, which has been under the control of the YPG since 2012, was of great importance in implementing the so-called “democratic autonomy” project often emphasized by both the HDP and the PKK. It is also the core of the HDP's party platform that aimed to make municipal provincial councils function as parliaments and have political weight. In fact, Ain al-Arab was a test site for achieving this goal of the PKK and the HDP.

In August 2014, the PKK and the HDP tried to turn Ain al-Arab into a bargaining chip for this goal. Both the PKK and the HDP used disinformation tools and elements of psychological warfare. They made a special effort to mobilize the masses with fake news.

On Oct. 5, the so-called leaders of the PKK terrorist group made a call to take over Ain al-Arab. Immediately after the announcement by the PKK leaders, on Oct. 6, 2014, the HDP party assembly and the then party co-chair, Selahattin Demirtaş, convened and repeated the same text published by the terrorist group, which called on people from “7 to 70 to take action against the attempted massacre in Kobani.” With this statement, street riots took place in many provinces in southeastern Turkey across Oct. 6-8 and terrorists affiliated with the PKK set schools, buses, flags and statues of Atatürk on fire.

At the end of this widespread violence, which began with the call of the HDP, two police officers and 37 citizens were killed, and 326 village guards and 435 citizens were injured.

In the following days, the Kobani riots indictment was prepared by the Ankara prosecutor general's office and a case was filed against the HDP's leaders at that time. Subsequently, Demirtaş and Figen Yüksekdağ, the then co-chairs of the HDP, were imprisoned for the events of Oct. 6-8.

Another recent incident once again revealed the links the HDP has with the PKK. In January, an operation was launched by security forces after posters of jailed PKK leader Abdullah Öcalan, as well as terrorist propaganda material, were found in the HDP building in the Esenyurt district of Istanbul.

In its more than 40-year terror campaign against Turkey, the PKK – listed as a terrorist organization by Turkey, the United States and the European Union – has been responsible for the deaths of at least 40,000 people, including women and children.