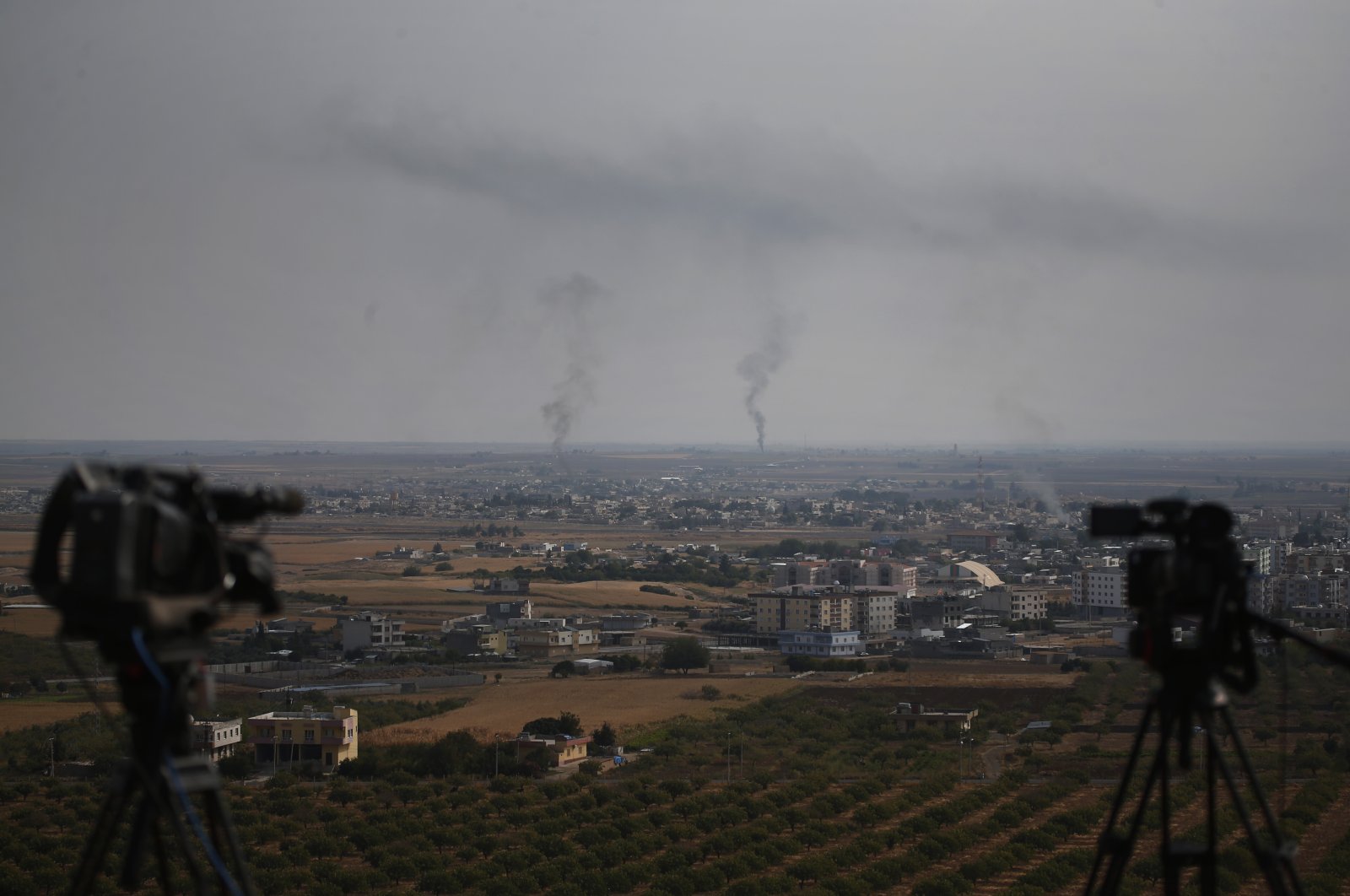 Television cameras are seen on a hilltop in Ceylanpınar, Şanlıurfa province, southeastern Turkey, as smoke billows from fires in the background in Ras al-Ain, Syria, Oct. 20, 2019. (AP File Photo)
by DAILY SABAH WITH AA Apr 21, 2021 10:38 am
RECOMMENDED

The terrorists were killed after harassment fire on Turkish soldiers in the Operation Peace Spring area, the ministry said on Twitter.

Since 2016, Turkey has launched a trio of successful anti-terror operations across its border in northern Syria to prevent the formation of a terror corridor and enable the peaceful settlement of residents: Euphrates Shield (2016), Olive Branch (2018), and Peace Spring (2019).

Tal Abyad is populated mostly by Arabs and was occupied by the Daesh terrorist group in 2014. A year later, the YPG took control of the town with the support of a U.S.-led coalition. Tal Abyad was later cleared of terrorists during Turkey's Operation Peace Spring on Oct. 13, 2019. Locals have since returned with the Turkish Armed Forces (TSK) and the Turkish Red Crescent (Kızılay) providing humanitarian aid.

Local people living in areas held by the YPG have long suffered from its atrocities, as the terrorist group has a notorious record of human rights abuses ranging from kidnappings, recruitment of child soldiers, torture, ethnic cleansing and forced displacement. While the YPG increased its oppression ahead of Turkey's cross-border operation, they planted explosives and converted many schools and other public buildings into military bases, with some even hosting tunnels for terrorists to hide in and escape.

After Operation Peace Spring was successfully completed, Turkish troops and organizations have implemented a wide range of measures to eradicate traces of terrorism in the liberated towns by repairing hospitals and schools, demining the region and most recently, providing vital COVID-19 aid.

In its more than 40-year terror campaign against Turkey, the PKK, listed as a terrorist organization by Turkey, the U.S., and the EU, has been responsible for the deaths of at least 40,000 people, including women, children, and infants.