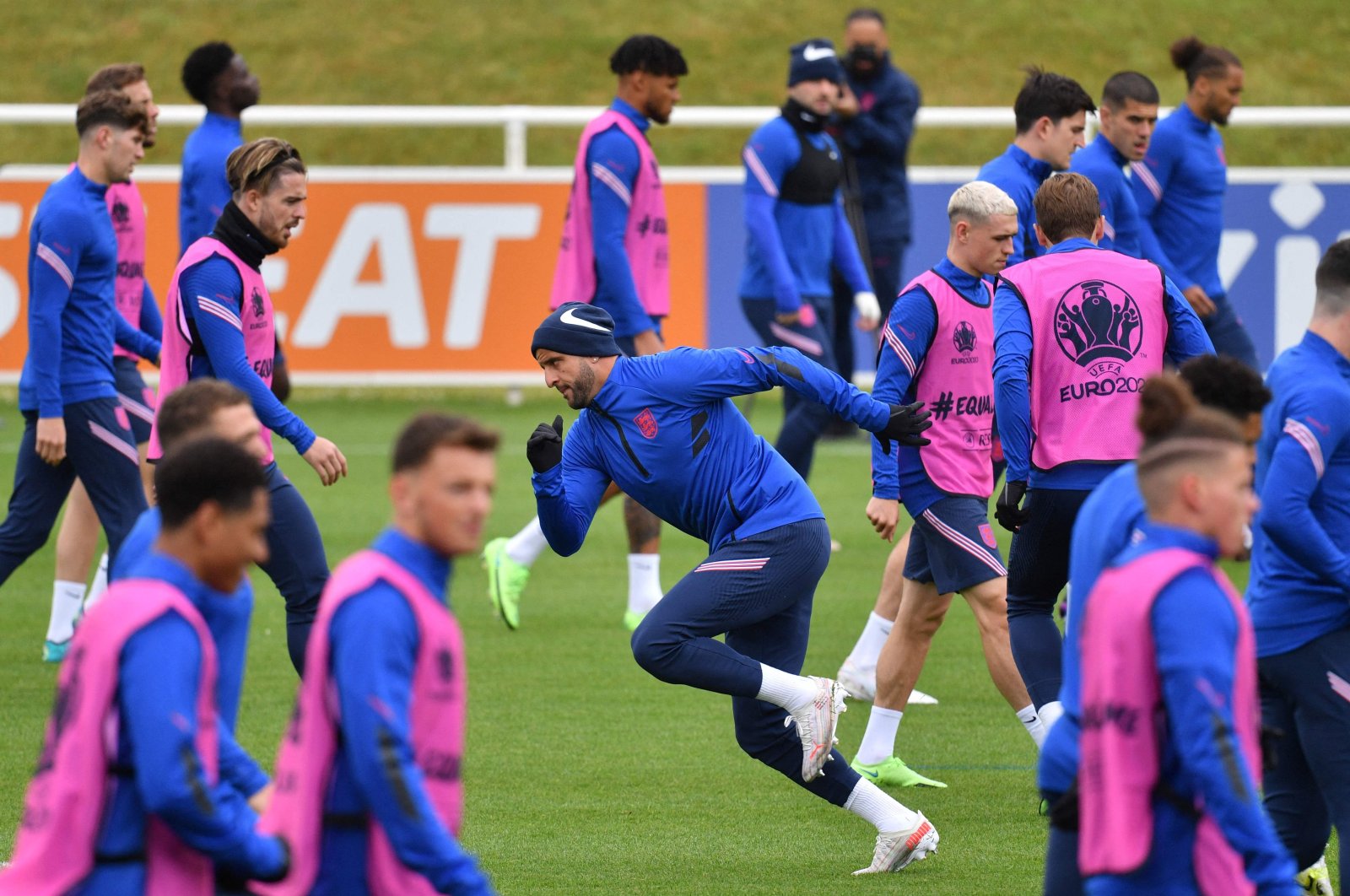 The Euro 2020 European championship braces for one of the most high-voltage matches in the tournament as historical rivals England and Germany go face to face in the last 16 on Tuesday.

Although the constant reminders of past encounters, penalty shoot-outs and "curses" ahead of the meeting might resonate with many, for those who will play at Wembley on Tuesday it is ancient – and largely irrelevant – history.

England has lost to Germany in its last three knockout meetings at major tournaments, in 1990, 1996 and 2010, with the first two coming after penalty shoot-outs in the semifinals being particularly painful.

Gareth Southgate, the England manager, famously missed the crucial spot-kick in the Euro 96 loss but 12 members of his squad were not even born at that time and the oldest member of his squad, Kyle Walker, was only six.

"I don’t really think about the past, whatever has happened has happened – the only thing we can do is be in the present," said England winger Raheem Sterling, who has scored both of his team's goals in the tournament so far.

"I don’t really get caught up in the rivalry at all," he added.

"At the end of the day we’re going to play football and the objective is to win and for me, it’s to score and enjoy it."

Full-back Kieran Trippier was a little cheekier in his positive take on a question about the history of the fixture.

"As you look back down the years on games against Germany, the one that stands out to me was when we won 5-1 in Germany itself," he said.

That game, a World Cup qualifier in 2001, with Michael Owen scoring a hat-trick in Munich, proved to be a false dawn and there is a fear among some England followers that the excitement around Southgate's crop of talented young players may end in similar disappointment.

Certainly, England has yet to sparkle in this tournament. 1-0 wins over Croatia and the Czech Republic and a draw with Scotland were enough to secure progress but hardly set the pulses racing.

For all the hype around this last-16 encounter, this has not looked like a vintage German team either. It was unimpressive in its opening loss to France and was six minutes from defeat against Hungary and an exit from the tournament in its final group game.

In between though was one of the best displays anyone has produced in Euro 2020 – a 4-2 thrashing of defending champions Portugal, a performance that Southgate and his staff will be studying closely.

The England manager has yet to settle on a starting line-up and faces some key decisions about his creative players with Jack Grealish pushing for a start, Phil Foden hoping for a recall and Mason Mount possibly in contention when he comes out of isolation after coming into contact with Scottish player Billy Gilmour who tested positive for COVID-19.

Germany coach Joachim Low, who stands down after this tournament, had looked to rejuvenate his squad after its disappointment in the World Cup in 2018 but there is still an experienced core to his team.

The midfield pairing of İlkay Gündoğan, who won the Premier League with Manchester City and Real Madrid's Toni Kroos will look to dictate the rhythm and tempo with Bayern Munich's Thomas Mueller operating in front of them.

England has never won a knockout match at the Euros in 90 minutes –four of its games have gone to penalties, with England progressing only once, against Spain at Wembley at Euro 96.

Sweden's free-scoring winger Emil Forsberg has declared himself fit and ready to go for Tuesday's Euro 2020 last-16 clash with Ukraine.

Forsberg has netted three times for the rock-solid Swedes, who opened with a scoreless draw against Spain before edging Slovakia 1-0 thanks to Forsberg's penalty and finishing with a dramatic 3-2 win over Poland in which he scored twice.

"My status is good. I trained fully today, it was more just a precaution yesterday, so there are no problems," he told a news conference Sunday.

Starting out on the left wing but often moved inside into a playmaking role, Forsberg's goals have been key to Sweden's success, and coach Janne Andersson will face his usual selection headache as he picks two of Alexander Isak, Robin Quaison and Marcus Berg to start up front.

Isak has started all three games, with Berg alongside him for the first two and Quaison getting the nod against Poland. None of them has scored in the tournament.

Also in the mix are Viktor Claesson, who scored the late winner against the Poles, and Dejan Kulusevski, who created two goals after coming off the bench in the same game.

They will face a fired-up Ukraine side led by Andriy Shevchenko that is receiving a great deal of support from high places after a win over North Macedonia and losses to the Netherlands and Austria took them through as the third-placed team in Group C.

"For the first time in history, the Ukrainian national football team has moved past the group stage at the European championship and reached the playoffs! It seems like soccer has repaid us a debt for all the times it has been unfair to us," Ukrainian President Volodymyr Zelenskiy wrote on Instagram.

"Our guys have the chance to prove that we’ve just been warming up this whole time. I’m sure the round of 16 will show us the real, great soccer we are all used to. We believe in you! We believe in the team! We believe in Ukraine!” he added.

The winners will face a mouthwatering clash with either England or Germany in the quarterfinals.