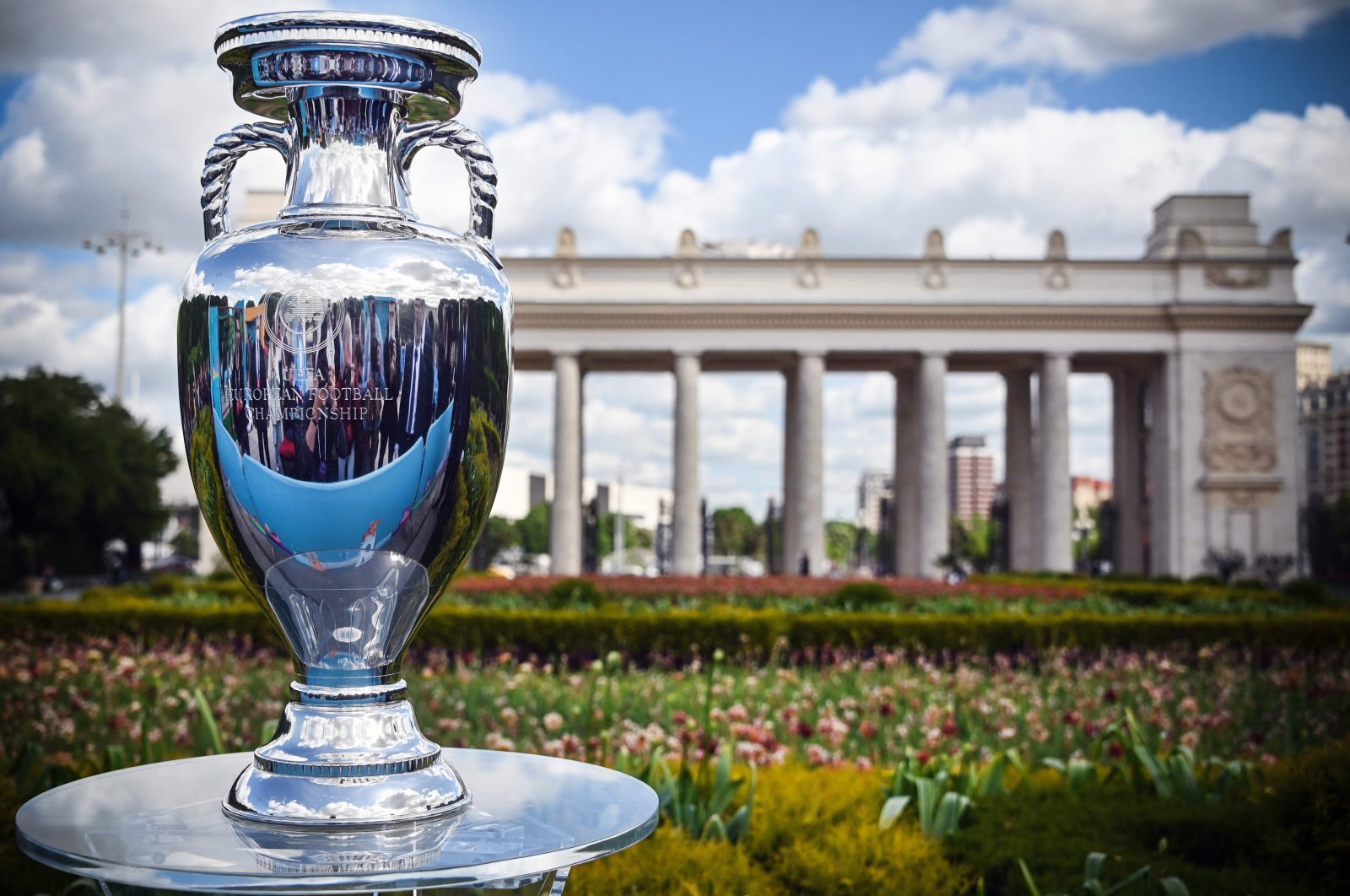 After being delayed by more than a year due to the COVID-19 pandemic, the Euro 2020 finally kicks off on Friday in Rome when Italy hosts Turkey.

Cristiano Ronaldo and his Portugal side will prepare to defend the title they won in France five years ago. When the action gets underway in front of a planned 16,000 fans at a quarter-full Stadio Olimpico the overwhelming feeling for European football's governing body UEFA will be of relief following the unprecedented decision to put the tournament on hold last year.

This time the monthlong competition – being staged for the first time in 11 cities across Europe rather than in just one or two host countries – will focus the attention of the continent as it begins to open up for its summer season, with coronavirus infection rates dropping and vaccinations picking up pace.

Yet challenges remain, especially after UEFA chose to stick with the pan-European format.

Dublin and Bilbao were dropped from the list of host cities after refusing to give guarantees over spectator numbers, but Seville stepped in for the latter while Dublin's games went to London and St. Petersburg.

The remaining venues – Amsterdam, Baku, Bucharest, Budapest, Copenhagen, Glasgow, London, Munich, Rome, St. Petersburg and Seville – have all confirmed fans will be allowed to fill between 25 and 100% of capacity, with the exception of Munich, which said it aims to host at least 14,500 fans at the Allianz Arena.

While the threat of more contagious variants remains, Munich's Mayor Dieter Reiter said in April there had been "no promises, of any kind, to guarantee spectators."

Despite it all, UEFA president Aleksander Ceferin has been bullish, insisting Euro 2020 will be safe.

"It will be the perfect opportunity to show the world that Europe is adapting. Europe is alive and celebrating life. Europe is back," he said recently.

The clearest illustration of that is set to come from Budapest, where the brand-new, 68,000-seat Puskas Arena will be packed to capacity.

Hungary claims its swift vaccine rollout, partly thanks to its use of Chinese and Russian vaccines alone among European Union members, means the games – including France against Portugal on June 23 – will be safe.

The fact Prime Minister Viktor Orban is football mad has helped. "We have beaten the third wave," Orban said recently.

Nevertheless, the pandemic is not over, and coronavirus continues to cast its shadow.

Organizers have made it clear that no travel exemptions are being granted for ticket holders, meaning those entering countries from abroad could have to quarantine on arrival.

Earlier Sunday, Spain captain Sergio Busquets tested positive for COVID-19 and left the training base. Busquets faces 10 days in quarantine, ruling him out of Spain's opening game against Sweden in Seville on June 14.

It comes after the Netherlands dropped goalkeeper Jasper Cillessen from their squad because of a positive test.

"We don't know how long it will take until he is 100% fit again. I don't want to take any risks in that respect," Dutch coach Frank de Boer said.

Luck when it comes to COVID-19 but also injuries at the end of a long season could prove crucial in determining who goes all the way to the final week in London – Wembley is the venue for both semi-finals as well as the final on Sunday, July 11.

Portugal is hoping to emulate neighboring Spain's success in 2008 and 2012 and successfully defend the title they won at Euro 2016.

Ronaldo is 36 now but is still going strong and is supported by outstanding talents like Joao Felix, Bruno Fernandes and Bernardo Silva.

It is in the same group as Germany as well as France, the World Cup holder who is hoping to repeat its achievement of two decades ago, when it went to Euro 2000 as world champions and added the European title.

Les Bleus have Karim Benzema back after a long international exile and they look a fearsome proposition as they target a tournament double.

England has the carrot of knowing both semifinals and the final will be played at home, while Belgium is the top-ranked team in the world and Italy, as well as the Netherlands, are eager to impress after failing to qualify for recent tournaments.