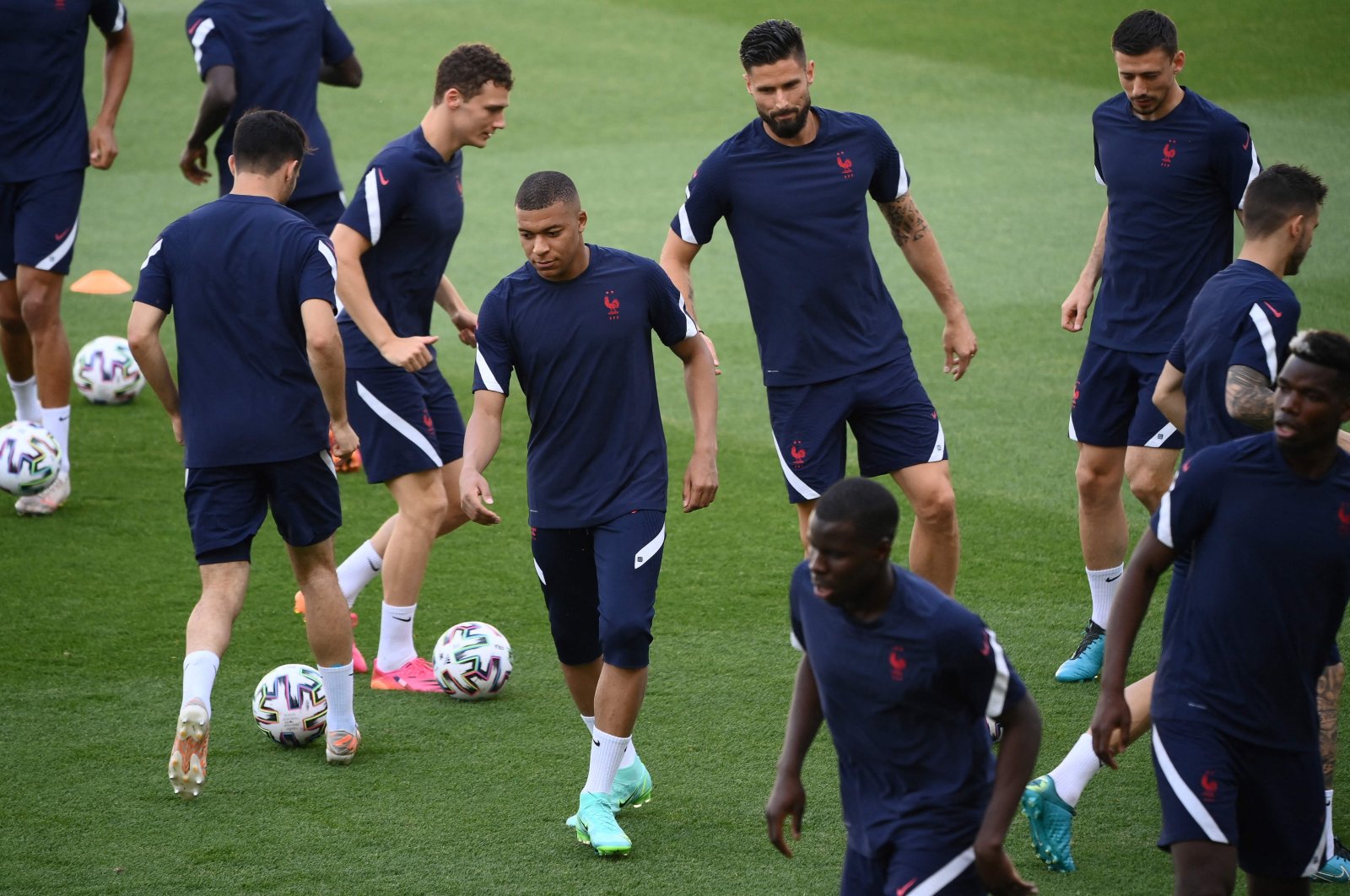 World champions France faces mounting injuries as it prepares to face a spirited Switzerland in its Euro 2020 Round of 16 match Monday, with coach Didier Deschamps struggling for options.

The French qualified less convincingly than initially expected after drawing 2-2 against Portugal in their final group game, having won one of three Group F games.

France left-back Lucas Hernandez had to be taken off with a knee injury after the first half and remains doubtful against Switzerland.

His replacement Lucas Digne is also nursing a hamstring injury and looks unlikely to be fit for Monday, forcing potential changes to Deschamps' defensive plans.

Digne's replacement in the game against Portugal, midfielder Adrien Rabiot, has himself been dealing with a nagging ankle injury since the end of the season and is not yet at 100%.

To make matters worse, Thomas Lemar suffered a leg injury and Marcus Thuram hurt his right thigh in training on Thursday, hobbling off the pitch with the support of medical staff.

France is already without Ousmane Dembele after the forward had to be taken off injured in their second group game against Hungary. Dembele has been ruled out for the rest of the tournament and will require knee surgery.

But despite the injuries, France remains the clear favorites for the game against the Swiss.

Deschamps, attempting to become the first man to win World Cups and Euros both as player and coach, may be struggling with fit defenders but he has won back a striker.

Karim Benzema, who was recalled to the national team for the tournament after a nearly six-year absence, scored twice against Portugal.

The French have also never lost to the Swiss in a competitive game. While they are very familiar with the latter stages of a tournament, their opponents have not reached a quarter-final of a major tournament in 67 years, ever since the 1954 World Cup which they hosted.

Switzerland qualified as one of the best third-placed teams.

"Anything can happen in a tournament," said Switzerland defender Ricardo Rodriguez. "We are fit and ready. We have to be compact in defense and use our few chances. We know the French have a fantastic bench as well."

"We will give it all we have. We have already trained penalties and almost everyone scored," he smiled.

The winners will play the winners of the Round of 16 ties between Spain and Croatia.

Spain, in the meantime, finally clicked into gear after a sloppy start at Euro 2020 but will face its sternest test yet in the last 16 from Croatia, led by a sensational Luka Modric who keeps raging against the dying of the light.

The champagne football certainly flowed in Spain's 5-0 win over Slovakia as coach Luis Enrique had promised after dull draws with Sweden and Poland but his side had the luck of facing an accommodating opponent and Croatia will not be so generous.

"In every sport they play, Croatians are always very competitive, they are lion-hearted and give everything for their country," said Spain forward Dani Olmo, who spent five years at Croatia's premier club Dinamo Zagreb.

"They really appreciate every objective they achieve. They have proven themselves in this Euro and other tournaments, they thrive in difficult situations. There's no favorite in this fixture, it's anyone's game."

Croatia will need the 2018 Ballon d'Or winner Modric at his best, as winger Ivan Perisic was ruled out of the clash and possibly the rest of the tournament after testing positive for COVID-19 and going into a 10-day isolation.

Perisic saved Croatia with his equalizer in the 1-1 draw against the Czech Republic and also scored late in the 3-1 win over Scotland, set up by a deadly corner from 35-year-old Modric.

Spain's players know Modric all too well after nine magical seasons with Real Madrid although they will not be able to count on any inside information on the midfielder as Luis Enrique decided not to include any Real players in his squad.

"He is their motor, the heartbeat of Croatia who conducts their orchestra. All their play goes through his feet," Olmo added. "But Croatia is not just Modric."

Olmo also said that, unlike Sweden, Poland and Slovakia, Croatia is likely to come out and attack Spain and not just defend, which could play into its hands after struggling in its first two group games.

Olmo, who moved from Barcelona's academy to Dinamo in 2015 before signing for Bundesliga outfit RB Leipzig in 2020, also revealed that the Croatian federation had tried to get him to switch nationalities.

"There was some interest and I have a lot of affection for Croatia, but it was always my dream to play for Spain," he said.

Spain may benefit from a smoother pitch at Copenhagen's Parken Stadium, after complaining about the surface at Seville's La Cartuja. Being away from a sometimes impatient home crowd could also be a boon.

The 2018 World Cup runners-up Croatia will also be missing center back Dejan Lovren through suspension, with Duje Caleta-Car set to take his place.

Caleta-Car said Croatia must improve defensively after conceding in each of their three group matches.

"We've let in some soft goals as we haven't been compact enough. Against Spain, we have to keep it airtight in the midfield and at the back in order to close them down," he told reporters Saturday.

Midfielder Mateo Kovacic added: "They know we are a good team too so it should be a cracking encounter. Spain have phenomenal midfield players, but we can match them in every department. We have to take the game to them."