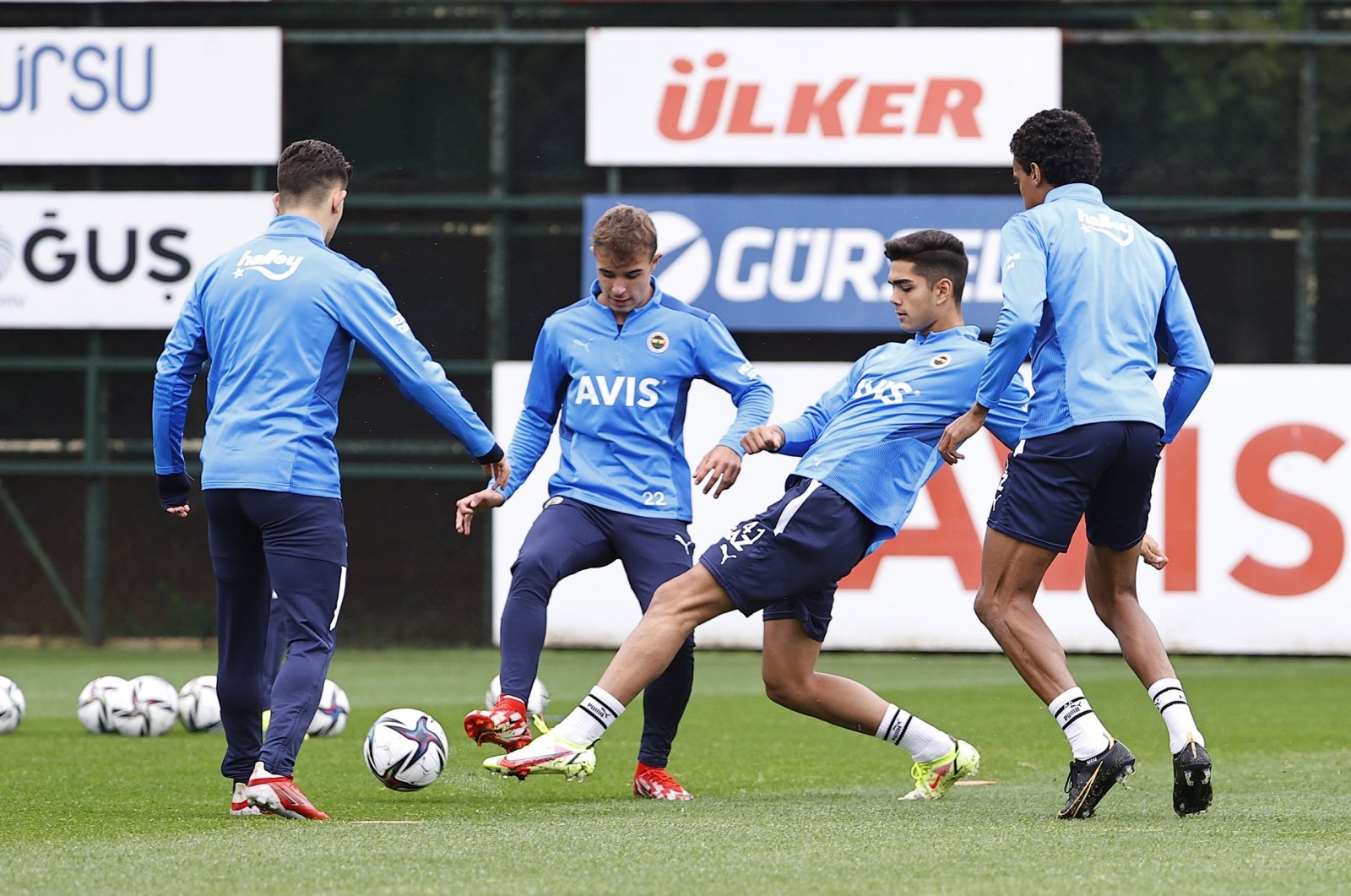 While Fenerbahçe looks to secure a first Europa League win this season against Royal Antwerp, Galatasaray will want to maintain top position in the group as it goes to Moscow

Fenerbahçe hosts Belgium’s Royal Antwerp while Galatasaray will travel to Moscow as the Turkish heavyweights continue their UEFA Europa League campaign on Thursday.

After a draw and a loss in the first two matches, the Yellow Canaries will be looking for their first win in Europe this season.

They are currently placed third in Group D, with a 1-1 draw against Eintracht Frankfurt and a 3-0 defeat to Olympiacos. Antwerp, on the other hand, is fourth with two defeats in two outings.

Fenerbahçe will also look to bounce back from the 3-1 defeat against Trabzonspor over the weekend that saw it surrender the top position in the Süper Lig table.

The other Istanbul powerhouse, Galatasaray will look to maintain the lead in Group E as it hits the road to take on bottom-dweller Lokomotiv Moscow.

The match comes at a time when the Lions are returning to form. After a four-match winless streak early in the Süper Lig season, Galatasaray picked up three straight wins, including one against Konyaspor over the weekend.

In Europe, it made a good start with a 1-0 win over Lazio, followed by a 0-0 draw against Marseille.

In comparison, Lokomotiv Moscow will be looking for a first win. It played out a 1-1 draw against Marseille before losing 2-0 to Lazio.

For some heavyweight clubs, the Europa competitions are proving a tricky balancing act, as big clubs like Leicester and Napoli risk falling hard.

Leicester thrashed Manchester United 4-2 in the Premier League on Saturday but manager Brendan Rodgers' habit of resting players in Europe means it is last in Group C as it travels to Moscow to face Spartak on Wednesday.

Leicester started a reserve team for its visit to eastern Europe on the second matchday, did not manage a shot on target and lost 1-0 in Warsaw.

Now it has an even longer round trip and follows it with a tricky visit to Brentford in the Premier League on Sunday.

"We will pick a team to win the game," Rodgers told the pre-match press conference in Moscow on Tuesday. "We have all of our fit players here because it's a very important game for us."

Asked whether Jamie Vardy, who played the last two minutes against Napoli and the last six against Legia, would start, Rodgers answered: "You will see tomorrow."

"We can't wait until the last games," he said. "Usually we need to get about 10 points. We can't wait anymore."

Leicester has some surprising company at the foot of Group C.

Napoli is top of Serie A after winning all eight of its domestic league matches – a winning goal from Nigerian international forward Victor Osimhen kept that record alive against Torino on Sunday – but is yet to win in the Europa League.

In the last round, it played 60 minutes with 10 men and lost 3-2 at home to Spartak. On Thursday it needs to win in Warsaw against leaders Legia.

Other heavyweights who are winless in the Europa League include Rangers, Marseille and Real Sociedad.

Rangers are already six points behind Group A leader Lyon but can make up ground as they host fellow stragglers Brondby.

Real Sociedad is in a tough Group B with Monaco and PSV and after drawing with those two can push themselves into contention by beating pointless Sturm Graz.

Meanwhile, West Ham, making its Europa League debut, fielded strong teams in its first two games and has already built a three-point lead in Group H before its hosts Genk, although it will have one eye on a London derby against Tottenham on Sunday.

Spurs, playing against weaker opposition in the inaugural Europa Conference League, have tried to expend the minimum amount of energy in qualifying and the result has been the maximum anxiety.

Tottenham left its first team at home for a qualifying round visit to Pacos Ferreira and needed Harry Kane to rescue it in the return leg.

In Group G, it started reserves at Rennes and at home to Mura and in both games needed to call Kane and company off the bench to rescue the four points it has.

Following a winning trip to Newcastle on Sunday and with West Ham looming, it seems unlikely to start the stars against Vitesse in Arnhem.

"It's nice to win and get that winning feeling and hopefully we continue now in Europe in the week and then next week against West Ham," said Kane after the Newcastle win.

Even though Bodo is the Norwegian champion and started the season in the Champions League, coach Kjetil Knutse played the underdog card when he talked of Roma boss Jose Mourinho.

"He's a flesh and blood man like the rest of us," Knutse said, adding his team "can achieve the most incredible things."