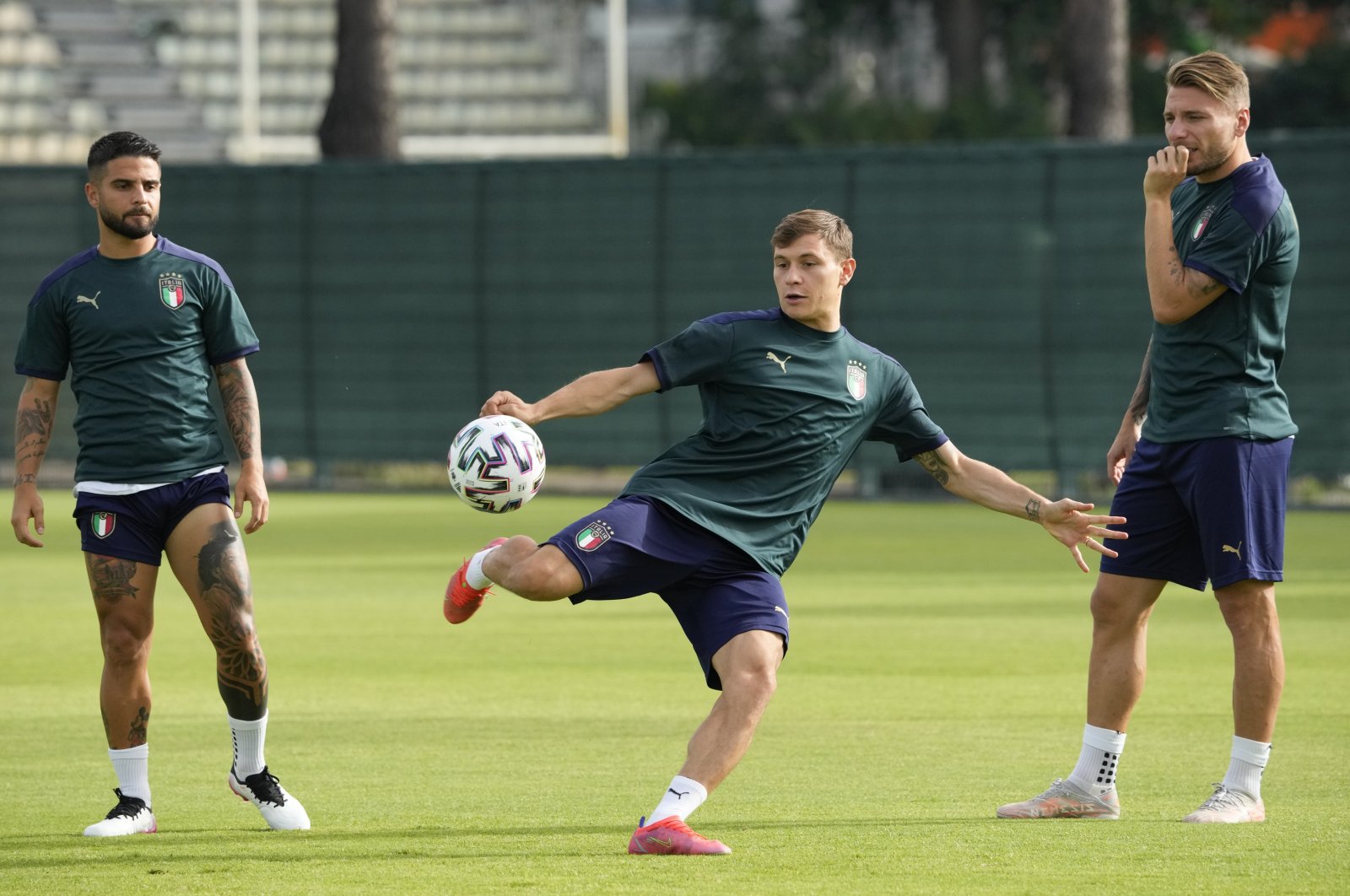 While Italy will rely on its near-impenetrable backline for a win against Austria, Denmark – playing away from home for the first time in Euro 2020 – will count on a sense of familiarity Amsterdam offers

After a near-impeccable group stages performance, European heavyweights Italy will take on Austria while a daring Denmark side meets Wales to kick off the Euro 2020 knockout stages.

Italy stormed into the last 16 by scoring more freely than in past European Championships, but the team's solid backline makes it favorites to beat Austria and head deep into the tournament.

Italy won its first two games 3-0 – after never netting three before at the Euros – then also beat Wales 1-0 in its final group fixture despite resting senior players.

A solid Italian defense is nothing new.

Now the Italian defense is again one to be feared.

In three Euro 2020 games, the Azzurri has faced only 12 shots, on or off target.

Further back, Italy has kept a clean sheet in each of their last 11 matches in all competitions, going 1,055 minutes – 17 hours and 35 minutes – without conceding since a Donny van de Beek goal for the Netherlands last October.

One more clean sheet will see it equal its record of 12 consecutive games without conceding, set between 1972 and 1974.

Goalkeeper Gianluigi Donnarumma, who has had little to do all tournament, could overtake Walter Zenga's record of the second-longest run without conceding – 936 minutes – on Saturday. Dino Zoff's all-time record of 1,143 unbeaten minutes could then be in reach.

Alongside his national run, no goalkeeper kept more clean sheets than Donnarumma's 14 in Serie A in 2020-21.

Meanwhile, this is Austria's first appearance in the knockout stages of the Euros, and its first in the knockouts of any major tournament since the 1954 World Cup when it reached the semifinal. So it will be keen to make an impression.

Fiery striker Marko Arnautovic is more than happy to ruffle some feathers, but Italy's rearguard will relish the competition.

One worry coach Roberto Mancini does have is over the fitness of Giorgio Chiellini. He and Leonardo Bonucci are normally Mancini's go-to center back partnership, with the club teammates possessing 214 Italy caps between them.

But there is plenty of experience – a key component of an Italian backline – in reserve. Francesco Acerbi, who played alongside Bonucci while Chiellini had a long injury layoff in 2019-20, is capable of seamlessly stepping in.

In knockout rounds, it is often the best defenses that emerge victorious, given the nerves of the occasion stemming free-flowing, attacking football.

Protected brilliantly by Jorginho in midfield, and with the ever-reliable Donnarumma behind them, Italy's backline is set up to make any opposition struggle. Austria must hope for a rare off day if they are to have any chance of springing a surprise.

Denmark will be playing its first game away from Copenhagen's Parken Stadium when it take on Wales in a Euro 2020 last 16 tie Saturday. But there will still be a familiar feel in Amsterdam – a home away from home for Danish footballers.

The Danish national team has long been influenced by the Dutch masters at Ajax Amsterdam, and plenty of Danish players like Michael Laudrup, Morten Olsen, as a manager, and current striker Kasper Dolberg have thrived in the capital.

"It is a fantastic place, a fantastic stadium, which under normal circumstances is absolutely wild to play in. So yeah, I'm really just looking forward to it," Dolberg told reporters.

For Denmark to be facing Wales in a knockout game two weeks after playmaker Christian Eriksen, who made his breakthrough at Ajax, suffered a cardiac arrest in their opener against Finland, is a huge achievement.

It's 4-1 win over Russia, with the team, roared on by a fanatical crowd, saw the side through.

There will be no such backing in Amsterdam, however, as fewer than 2,000 tickets have been made available to Danish fans who want to attend the game.

"It means a lot to have that support and they have been great to play for, but it does not change much in our plan and what we have to do on the field," Dolberg said.

Wales will once again rely on Aaron Ramsey and Gareth Bale for the creative spark it will need to break down the Danes, as well as the formidable long throw-ins of Conor Roberts.

Ethan Ampadu is suspended after his sending-off in the 1-0 defeat against Group A winners Italy and coach Rob Page is likely to revert to a flat back four after experimenting with a 3-4-3 lineup against the flying Italians.

Denmark coach Kasper Hjulmand is again likely to deploy 20-year-old winger Mikkel Damsgaard, who opened the scoring against Russia, in the playmaking role in place of Eriksen, but it will take another sterling collective effort if they are to advance.

"We've looked at Wales and they're a very strong team ... a very even game awaits," Hjulmand said.