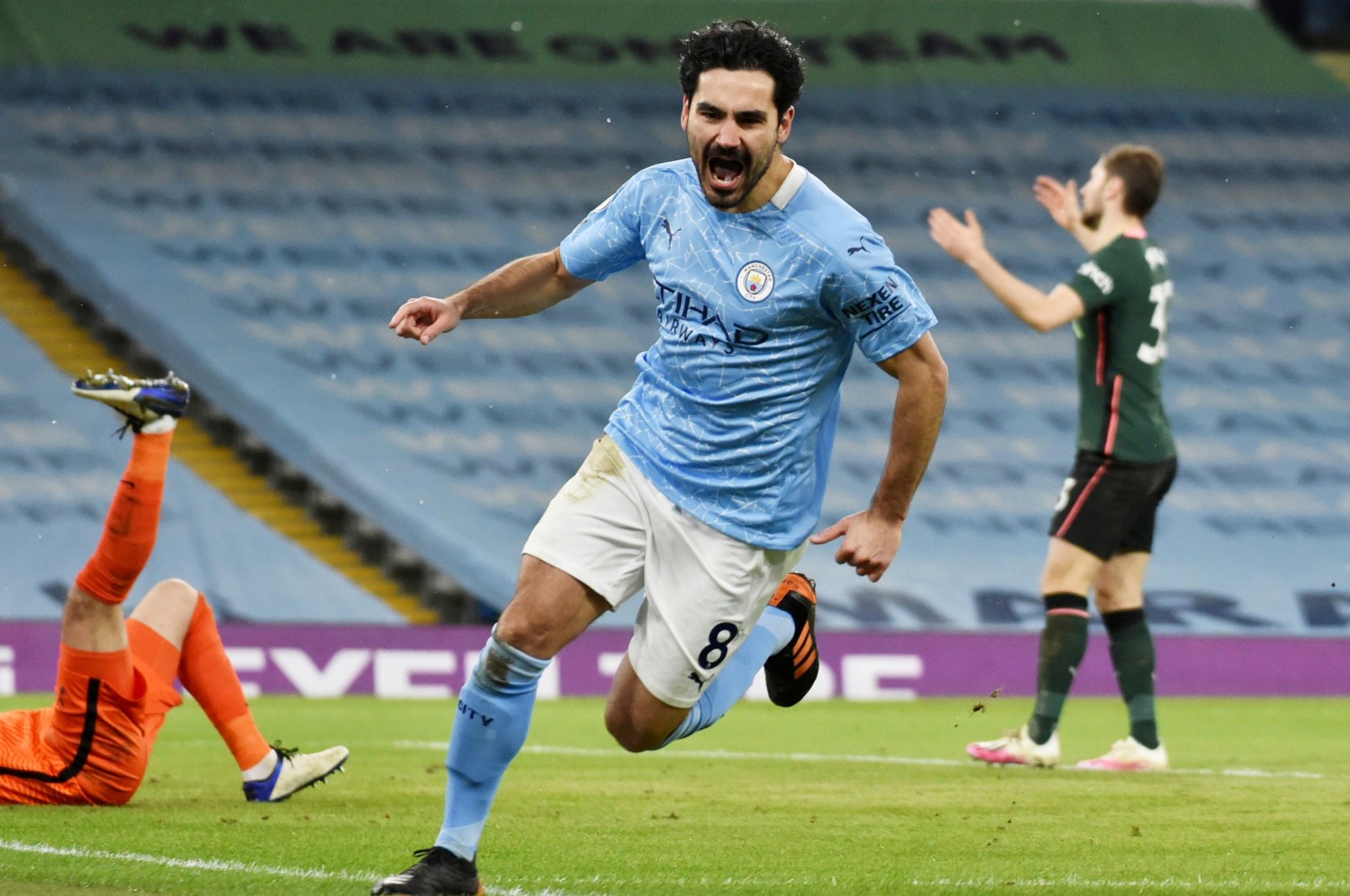 Ilkay Gündoğan proved once again why he recently rose to the rank of Premier League's "Player of the Month" as he helped leader Manchester City grab a crucial win over Tottenham Hotspur 3-0 to extend its lead to seven points.

City is on 53 points, seven clear of second-placed Leicester City, which handed a bitter defeat to last year's champion Liverpool. Manchester United can close the gap to five points if they beat lowly West Bromwich Albion Sunday, but City will still hold a game in hand to strengthen their grip on the top spot.

And while there are 15 matches still remaining, it will take a major slump in form to stop City from claiming its title in four years.

"It is a big step for us but of course it is not over," Spanish midfielder Rodri was quoted as saying by Reuters.

Pep Guardiola's side is, however, playing with a swagger having now won 16 straight matches in all competitions and Germany midfielder Gündoğan has been central to that record-breaking run of form with 11 goals in his last 12 Premier League outings.

Inventive and alert, Gündoğan looks a different player to the steady but unspectacular presence he had been prior to this season and his form means City are barely affected by the absence of their top midfielder, the injured Kevin De Bruyne. Gündoğan himself, however, had tested positive for COVID-19 earlier this season and was out for a couple of weeks.

Jose Mourinho's Spurs show none of City's confidence, but it began brightly and went close to opening the scoring through a Harry Kane free-kick, a curling effort over the wall, that struck the upright.

But it was City who went in front in the 23rd minute with a Rodri penalty after Gündoğan was tripped in the box by Pierre-Emile Hojbjerg.

City had missed three of their previous seven penalties this season and Spurs keeper Hugo Lloris could have saved Rodri's poorly placed kick which squeezed over his hand.

Mourinho had a point in describing the limited contact on Gündoğan as a "modern penalty" but once City had its nose in front there was only one team going to win the encounter.

City turned its dominant passing game and Spurs had little in response – either with its far from solid defense or an attack lacking craft.

Gündoğan made it 2-0 five minutes after the interval, beating Hugo Lloris at the near post after good work from Raheem Sterling.

Then the former Borussia Dortmund midfielder, reveling in a more advanced midfield role, completed the win when he latched on to a superb long ball forward from goalkeeper Ederson, before putting Spurs defender Davinson Sanchez on the floor with some clever footwork and slotting home.

The Turkish German player's brilliant coda came with a frustrating coda however as he limped off injured soon after.

Guardiola and Gündoğan were recently named Premier League Manager and Player of the Month for January. Gündoğan's previous double came during a 5-0 thrashing of WBA.

Since City last lost – at Tottenham in November – it has climbed from 13th place and overturned an eight-point gap to Mourinho's men, who were top at the time. In stark contrast, Tottenham has now lost five of its previous six matches in all competitions.

Amid Mourinho's awkward rifts with Gareth Bale, who came on as a late substitute, and Dele Alli, there is a growing feeling Tottenham's season is spiraling out of control. They are languishing in eighth place, four points adrift of the top four and Champions League spot.

Mourinho, who also had a stint with City's rival United until 2018, suggested the team's performance had been impacted by the strain of their midweek FA Cup, 5-4 extra-time, defeat to Everton.

"A fresh team against a very tired team, but a team that started the game very well. We controlled it, we hit the post, and going 1-0 could give us the fuel you need when you are tired," Mourinho told reporters.

"I am very, very happy with the players' attitude. I had guys on the pitch who played two hours a couple of days ago and they gave everything. I had guys in a difficult situation on the pitch but they were brave."