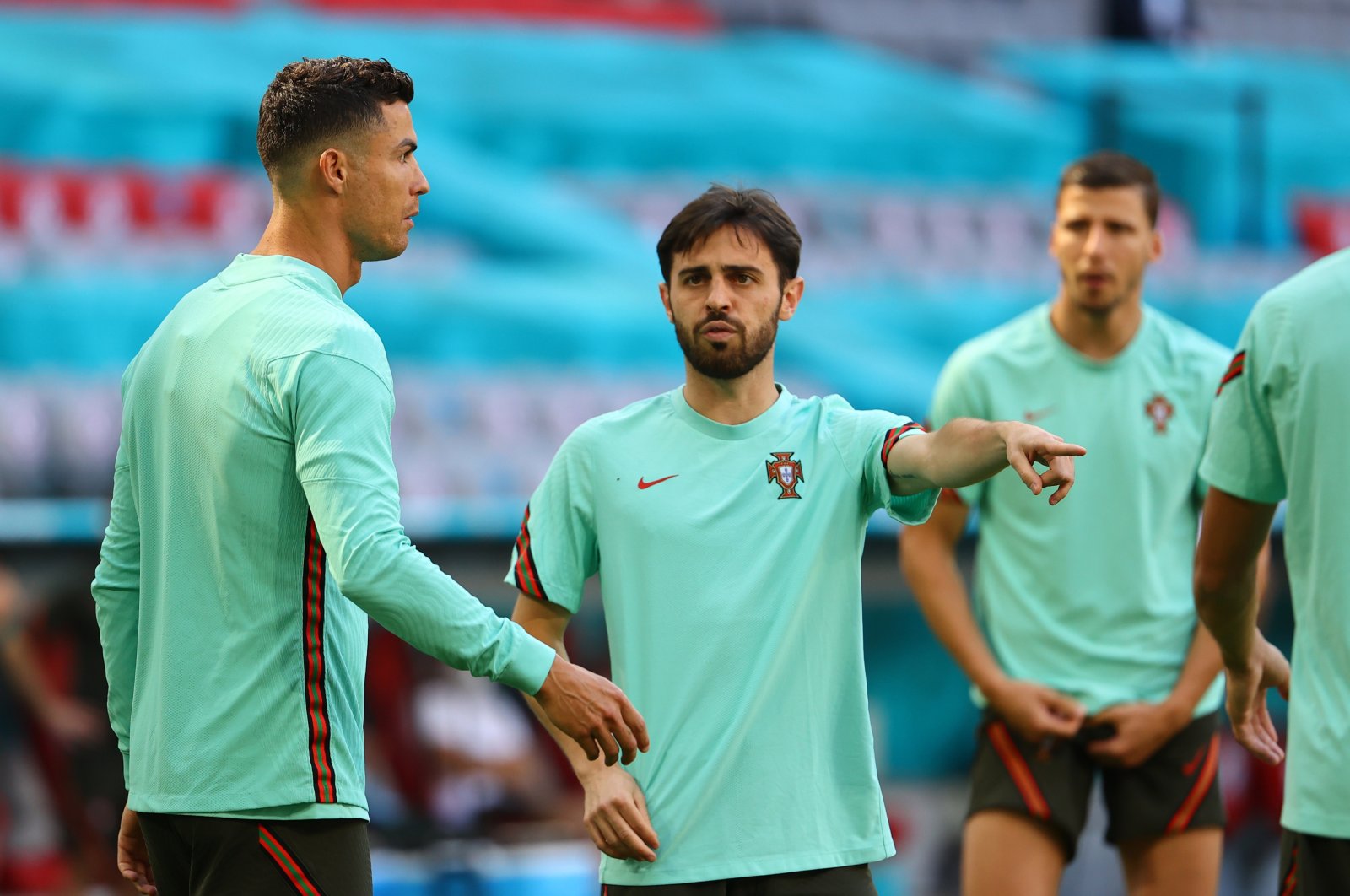 Defending Euro champions Portugal will look to avoid a shock group stages exit as it takes on European heavyweights France on Wednesday.

Portugal began its campaign with a 3-0 win against Hungary as Ronaldo became the leading scorer in European Championship history, but Fernando Santos watched his team ripped apart by Germany last Saturday.

Now, France tops Group F with four points heading into its final game against Portugal, a repeat of the Euro 2016 final, despite an underwhelming 1-1 draw with bottom side Hungary in Budapest.

"We will have to look at this game and now what we have to do is clear our heads as we have a very important game against France," Santos said after the loss to Germany.

Ronaldo scored for the third time in two games after starting and finishing a lightning counterattack against Germany, taking his European Championship tally to 12 goals at a record fifth tournament appearance.

But a fifth defeat in as many meetings with the Germans left Portugal needing to avoid defeat against France to be guaranteed a spot in the knockout rounds.

"The next task is a very difficult one against France," said midfielder Joao Moutinho. "We want to give a better image of ourselves than we did in the last match."

A draw would likely send Portugal through as one of the four best third-placed teams, just as when they went on to win the title five years ago in France.

World champions France, in the meantime, will hope its attacking stars finally align against Portugal.

The fearsome attacking trio of Antoine Griezmann, Kylian Mbappe and Karim Benzema will be disappointed to have only found the net once so far.

Mbappe has looked as fast and tricky as ever, pressuring Germany's Mats Hummels for an own goal and setting up Griezmann for the equalizer against Hungary. Benzema, though, has now failed to score from 30 shots over three European Championships.

But Deschamps was keeping faith with the man who bagged 29 goals in all competitions for Real Madrid this season, to earn a spot in the national team for the first time since 2015.

"With his experience, I don't think he has doubts. He's been doing some good things. He knows a lot is expected from him but it's not just about goals," the coach said.

France could also qualify for the last 16 before kickoff if results in other groups guarantee it going through as one of the best third-placed teams even should it loses.

Germany slow start not an issue

Germany's unexpectedly flamboyant victory over Portugal not only boosted its Euro 2020 knockout chances but also triggered belated enthusiasm among fans that they could actually battle for the title.

"With the win over Portugal we arrived at the tournament," said Joachim Low, whose side need a win against Hungary in its last Group F match on Wednesday to guarantee qualification.

Low will leave at the end of the tournament after 15 years in charge including the 2014 World Cup title. He would love to finish on another high and confound the unusually low expectations for Germany going into this European Championship.

"Our win over Portugal was deserved. Such success gives you a certain strength and in a tournament, it is all about taking one step at a time. The game against Hungary could be even tougher because they will not play so high up."

The Germans will need to draw on their new confidence against the Hungarians.

Playing in front of a home crowd in Munich, the Germans are expected to attack again from the start, with Low unlikely to tinker with his frontline, after he had also kept it unchanged against Portugal from their France defeat.

Serge Gnabry is set to reprise his role as a center forward with Thomas Mueller and Kai Havertz on either side and speedy holding midfielders Joshua Kimmich and Robin Gosens charging down their wings.

With its rich footballing pedigree, Spain never expected to need a win from its final Group E game against Slovakia to reach the next stage of Euro 2020 – but it is forced to treat Wednesday's match as a knockout game itself.

Spain was booed off the pitch by its own fans after Saturday's 1-1 draw with Poland in Seville, which followed an opening goalless stalemate with Sweden to equal its worst-ever start to a European Championship since 1996.

The three-time European champions are third in a wide-open Group E where any of the leader Sweden, second-placed Slovakia, or fourth-placed Poland can go through to the last 16 knockouts.

Slovakia, playing only its second Euros as an independent nation, lost 1-0 to Sweden in its last game and also needs a win to guarantee progress though a point may suffice.

Sweden will reach the knockout stages of Euro 2020 as unlikely Group E winners if it beats Poland Wednesday, but it will be no easy task as its opponent needs a victory to have any hope of keeping its last-16 dream alive.

The Group E winner will head to Hampden Park in Glasgow, where it will face one of the third-placed teams from groups A, B, C or D on June 29.

Sweden defender Mikael Lustig played a key role in Sweden's ultra-defensive display in their first outing against Spain, which ended 0-0, and they followed that up with a gritty 1-0 win over Slovakia to go top of the group.

Striker Alexander Isak has provided flashes of brilliance in the Swedish attack and Lustig is not surprised that he has attracted attention.

Isak's strike partner Marcus Berg has faced criticism for his lack of goals, but Sweden coach Janne Andersson is not a man for tinkering with his starting selection and the 34-year-old will likely get the nod again ahead of Robin Quaison.

After losing its opener to Slovakia 2-1, Poland got its campaign back on track with the draw against Spain, but it must beat Sweden to have any chance of reaching the knockout stages.

Robert Lewandowski got Poland's goal against Spain with a typical towering header, and the Swedish center back pairing of Victor Lindelof and Marcus Danielson will likely have their hands full containing him in St. Petersburg.