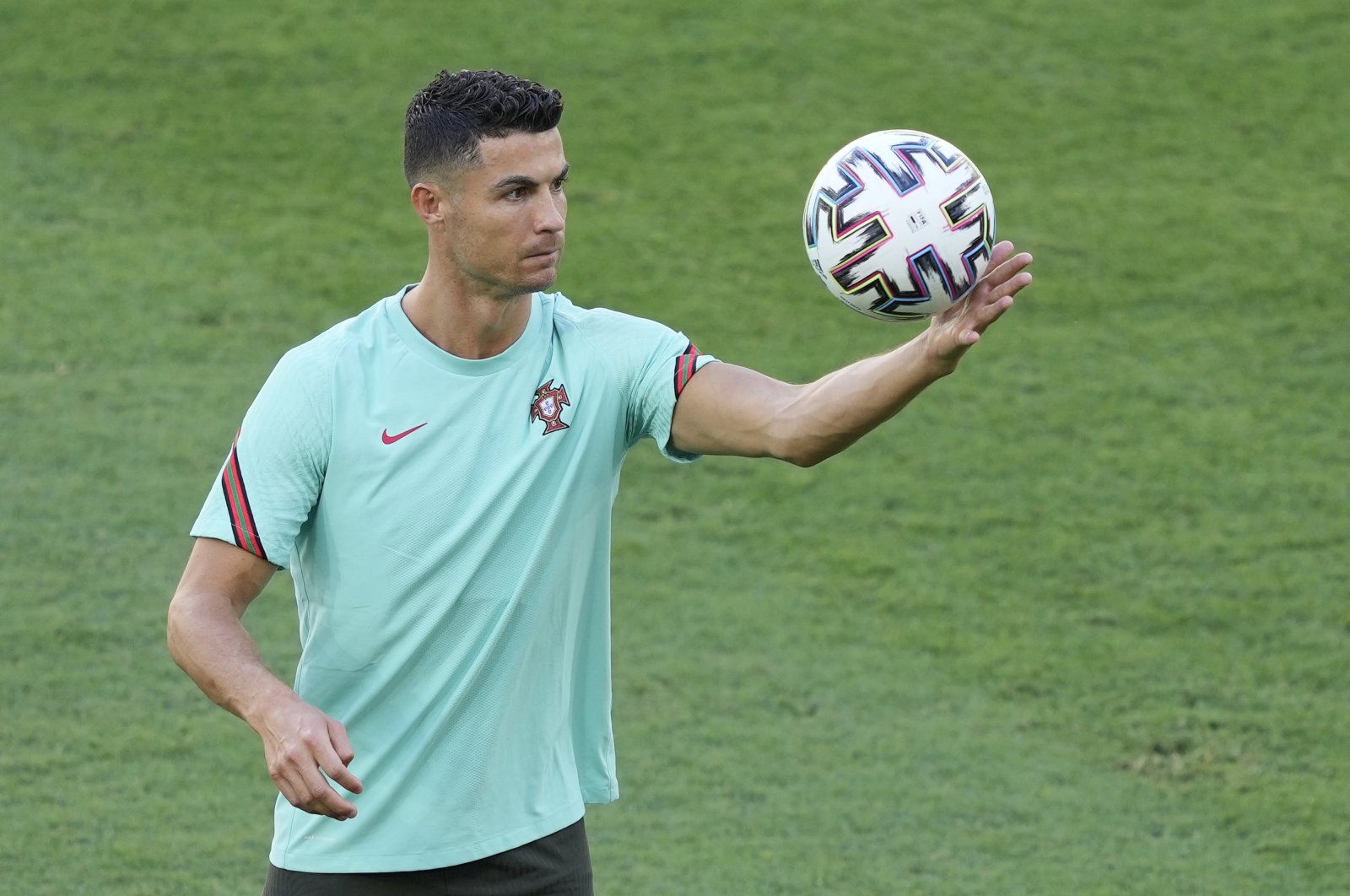 Cristiano Ronaldo will be chasing Ali Daei's all-time international goalscoring record of 109 as Portugal goes up against one of the tournament favorites Belgium on Sunday.

Ronaldo will also have an opportunity to revive his domestic rivalry with Romelu Lukaku on the international stage.

The Portuguese star is the Euro's leading scorer after netting five times in the group stage while Lukaku, who is in the form of his life, is lurking behind the Portugal captain with three goals.

The pair lock horns at the Euro after battle to out in the Serie A scoring charts last season, with 36-year-old Ronaldo being crowned "capocannoniere" after scoring 29 times in a difficult season for Juventus.

However, Lukaku pipped Ronaldo to the league's player of the season award last campaign despite scoring five fewer goals as he played a key role in Inter Milan winning its first league title in over a decade.

His game seems to have moved up a level since he arrived at Inter in 2019 and Jan Vertonghen was full of praise for the 28-year-old's progress on Saturday.

"I've known him since he was 16 years old ... the way he has developed from being a strong, quick kid into one of the best strikers in the world is one of the best things I've seen in my career," defender Vertonghen told reporters.

Both teams will have their work cut out to reach the July 11 final at Wembley with Italy, who squeezed past Austria on Saturday, and either world champions France or Spain the opponents in the next two rounds if they get beyond the last 16.

However, Portugal coach Fernando Santos is "firmly convinced" his side will come out on top in the clash in Seville.

"We know our opponent is capable and very competent but I'm firmly convinced we're going to be better than they are," he told a video media conference.

Dutch goal 'to win it'

Netherlands coach Frank de Boer, meanwhile, has his sights set on winning the whole thing as his flamboyant "Oranje" take on the Czech Republic at the Puskas Arena in Budapest.

The Dutch strolled through Group C, winning all three games in Amsterdam and scoring eight goals in the process, and De Boer was not shy in saying his aim was to make and win the Wembley final.

"Our goal is not only to reach the final but to win it, that's the objective, then the tournament will be judged a success for us," De Boer said ahead of Sunday's clash in Budapest.

"You don't become a European champion easily but I think we have the quality to do so."

Whoever comes out on top between the Dutch and Czechs will face in the quarters a Demark side who thrashed Wales 4-0 in another exuberant display, which increased hopes of a repeat of its triumph 29 years ago.

Kasper Dolberg struck twice to set the Danes on their way before Joakim Maehle and Martin Braithwaite added more goals late on to cap a dominant display – on the anniversary of their shock winning of Euro 92 – in front of hordes of fans who descended on Amsterdam.

Kasper Hjulmand's side became the first to score four goals in successive European Championship games and is riding a wave of emotion after having to deal with the fallout of Christian Eriksen's cardiac arrest during its opening match against Finland.

"We dreamed about this and at the end of the day I think we also believed we could get here," said striker Dolberg.

"We have a lot of great players. It is hard to say we expected to be here but we are happy to be through to the quarterfinals."