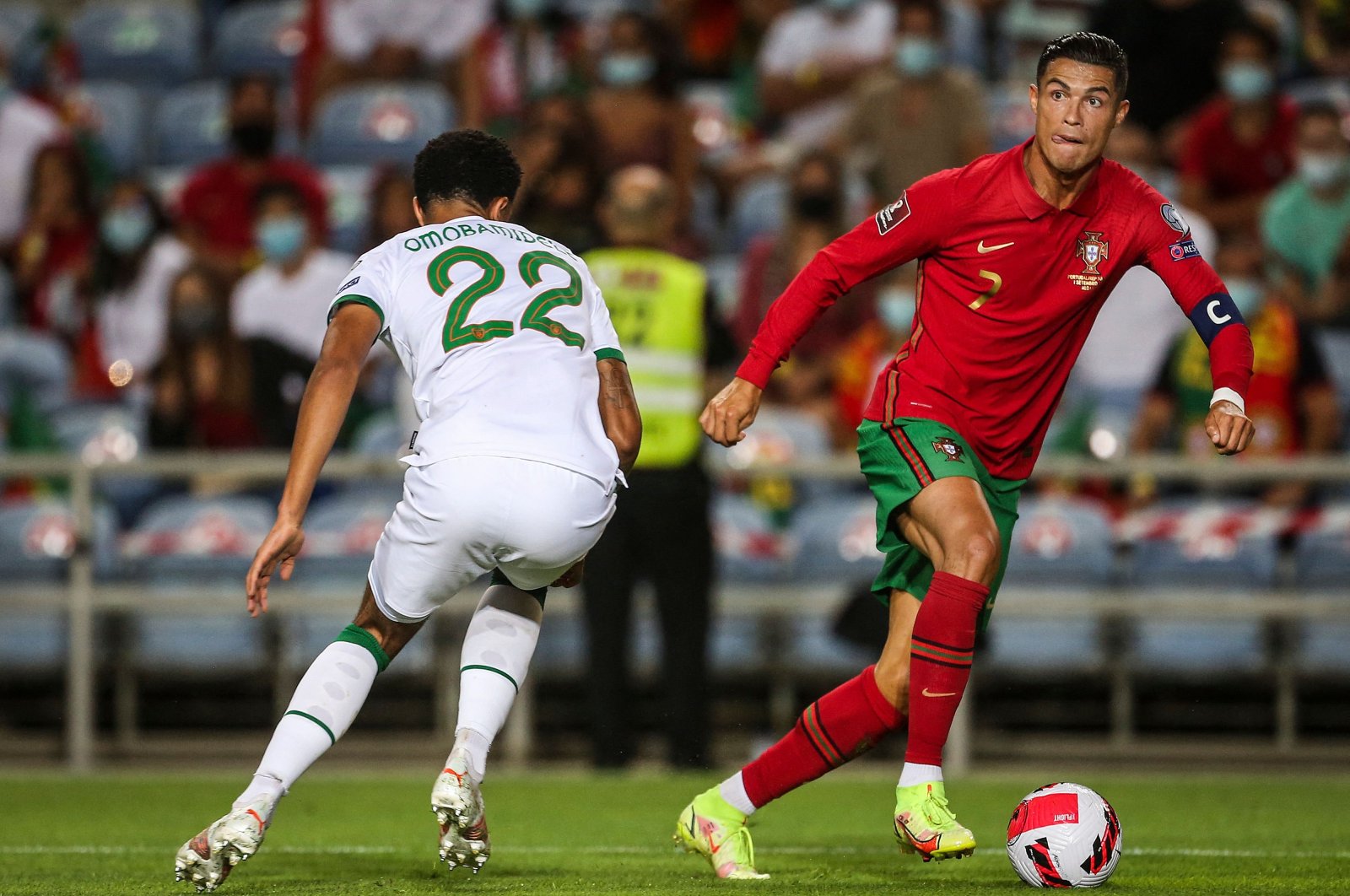 Portugal's win came courtesy of Cristiano Ronaldo's record strikes that made him the all-time top scorer in men's international football.

A day after completing his return to Manchester United, Ronaldo had an early penalty saved by teenage goalkeeper Gavin Bazunu in Faro before Ireland took the lead on the stroke of half-time.

John Egan's glancing header put Stephen Kenny's side on course for a famous win, but Ronaldo broke Irish hearts with an 89th-minute equalizer – a goal that took him past the Iranian Ali Daei's record of 109.

The 36-year-old Ronaldo then snatched all three points for Portugal in the sixth minute of injury time, rising highest to power in a header from Joao Mario's right-wing cross.

"This record is mine and it is unique. I'm extremely happy and it's another one for my career," Ronaldo told RTP public television.

"(The motivation comes from) the desire I have to continue playing football, also from this last contract I signed (at Manchester United), in which I was happy to return home," said Ronaldo.

"Scoring goals, putting on a show and winning titles, that's what I like the most."

Portugal sits top of Group A with 10 points from four matches, although Serbia is only three points behind with a game in hand.

The group winners qualify automatically for next year's finals in Qatar, with the runner-up heading into the playoffs.

France, playing for the first time since losing to Switzerland in the last 16 at Euro 2020, fell behind in Strasbourg when Edin Dzeko rifled in a low drive from 20 yards.

Antoine Griezmann equalized when Dzeko's header at a corner struck the French forward and bounced just over the line, but the hosts saw Jules Kounde sent off for a reckless tackle early in the second half.

France holds a four-point lead at the top of Group D above Ukraine, who conceded a last-gasp goal in a 2-2 draw away to Kazakhstan. Finland is six points adrift but has two games in hand.

"Qualifying stages are difficult," said France coach Didier Deschamps, whose side goes to Kyiv next to face Ukraine.

"We have to be satisfied with a draw given what happened. We have one point more, there are still lots more available and the match on Saturday is coming very quickly."

Haaland's scrappy finish gave Norway the lead on 20 minutes, but Davy Klaassen leveled before the break as Louis van Gaal began his third stint in charge of the Dutch national team.

One point separates the leading four teams in Group G, with Turkey top despite blowing a two-goal lead in a 2-2 draw at home to Montenegro.

Croatia, the 2018 World Cup runner-up, drew 0-0 away to Russia and remain above its opponents on goal difference as leaders of Group H. Slovakia is a point behind after a 1-1 draw with Slovenia.

Israel is its nearest challenger after Eran Zahavi bagged a hat trick in a 4-0 victory in the Faroe Islands. Austria is level on points following its 2-0 win in Moldova.