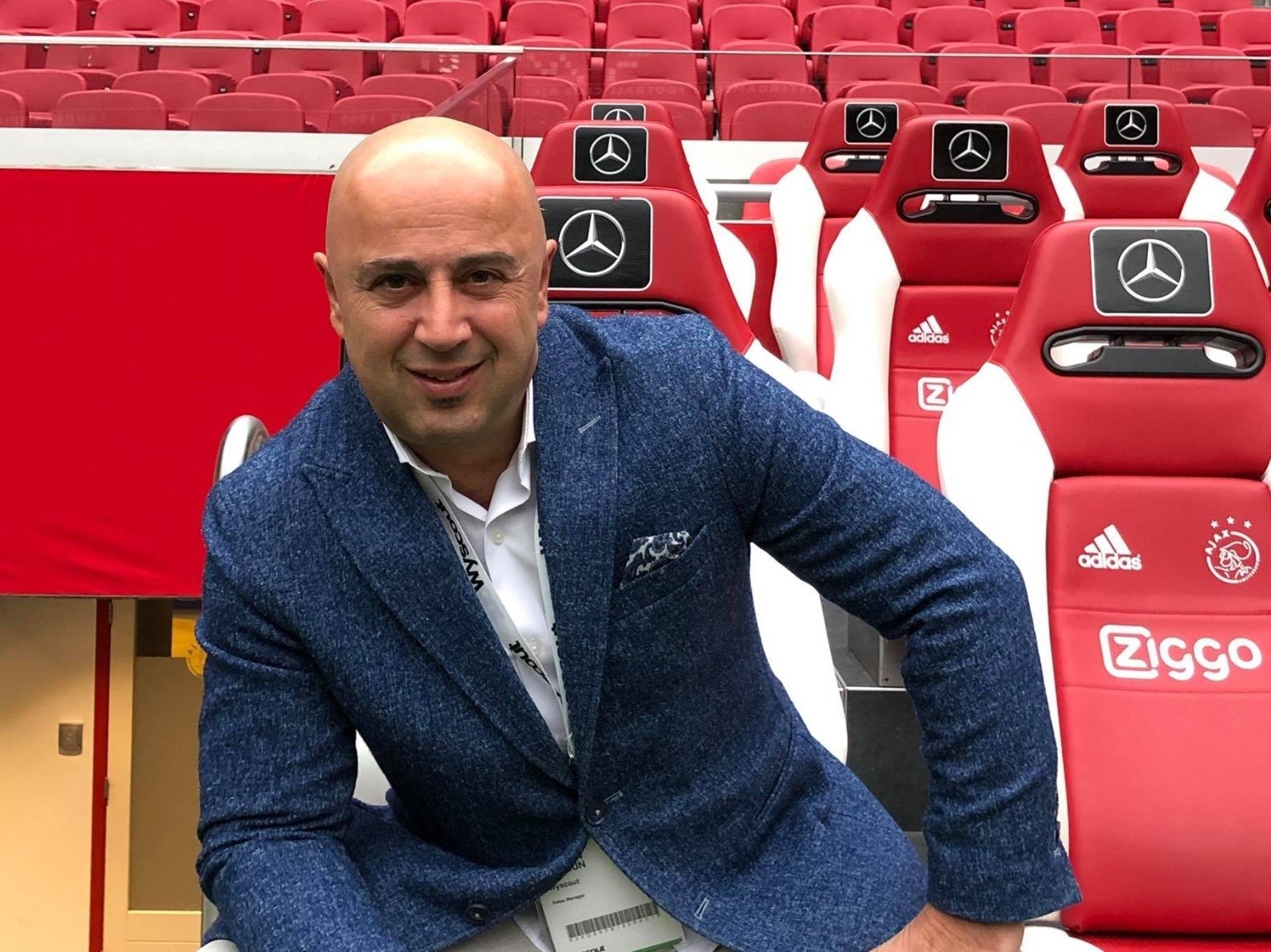 Tarkan Batgün, one of the founders of the Turkish startup Comparisonator that develops data-driven football scouting solutions.
by ARDA ALAN IŞIK May 05, 2021 12:39 pm
RECOMMENDED

Tarkan Batgün has one of the most interesting stories in Turkish football. In a career spanning all the way from Australia to Turkey, he is one of the pioneers of data-driven football scouting in the world.

He spent 25 years in Australia, first as a footballer and then a football scout. He now gives lectures on data-driven scouting in the Turkish Football Federation’s (TFF) UEFA Elite A-Level coaching courses.

Batgün is also one of the founding partners of Comparisonator, a brand-new Turkish startup that brings together football statistics in an easy-to-use app.

“I was playing football on Saturdays and recording games on Sundays,” Batgün tells me. To sustain his work, Batgün then started to record local football games during the week and became known as "the cameraman."

After years of hard work, he finally caught the attention of Sportstec in 2000, an Australian scouting company that was one of the first in the industry to use algorithms, and Batgün landed his first job.

“From the ‘cameraman,’ I became the ‘computer man,’ leading my career as an analyst,” Batgün said.

His job at Sportstec taught him the basics of data-driven football scouting, which built the foundation of his work in the later years.

When he returned to Turkey in 2006, he founded Turkey’s first scouting company, Guttobiz Scouting, representing Sportstec in the country.

In 2010, he finally got the attention of Turkish clubs. First, Fenerbahçe hired him to create an analysis department for its youth teams. Working with the then-head of the Fenerbahçe academy John Bilton, a youth development guru from Leeds United, Batgün analyzed Fenerbahçe youth teams using the latest technology.

Later, Galatasaray and Bursaspor also hired him to scout for their future talents.

However, after a change in the club administration, Batgün’s project was terminated. Rather than continuing to work as a scout, Batgün founded the world's first football technology incubator, Guttobiz LAB, in 2018.

With this initiative and his project at Bursaspor, he and his partners, a group of students from Boğaziçi University, founded Comparisonator.

“Comparisonator is going to change the scouting game with its unique features and ease of use,” said Batgün.

The app promises to give its customers any statistics about a player or a team in mere seconds and offers features like virtual transfer.

The introduction of virtual transfer into the app means that Comparisonator can offer insights on potential transfers, a player’s impact and how they would perform in different leagues against different teams.

The vision of the app is not limited to this unique feature though: “We are planning to take the game to the next level by introducing machine learning to offer an estimate on player values,” Batgün said.

When this stage is also complete, clubs and player agencies will have a tool at their disposal to estimate accurate values for potential transfers.

In just 10 months of the official launch, Comparisonator has already reached more than 40 clubs and player agencies around the world, including Rapid Wien and FC Dallas. Once completed, the project could dominate scouting and shape the transfer market.

In addition, Batgün uses the tool for Turkish side Altınordu FK, which raised players like Çağlar Söyüncü and Cengiz Ünder, after recently becoming a board member at the club.

Being the only club that specializes in talent development in Turkey, Altınordu FK looks to use Comparisonator to market its talents more effectively.

Batgün’s career and his work with Comparisonator is another testament to Turkey’s potential in the football industry.

As Turkey sees a growth in its number of unicorns, startups that have a valuation of over $1 billion, Comparisonator could be the next most successful football initiative of Turkey.

From “the cameraman” to a board member at Altınordu FK, Batgün’s story also speak volumes for future scouts and entrepreneurs in Turkey.