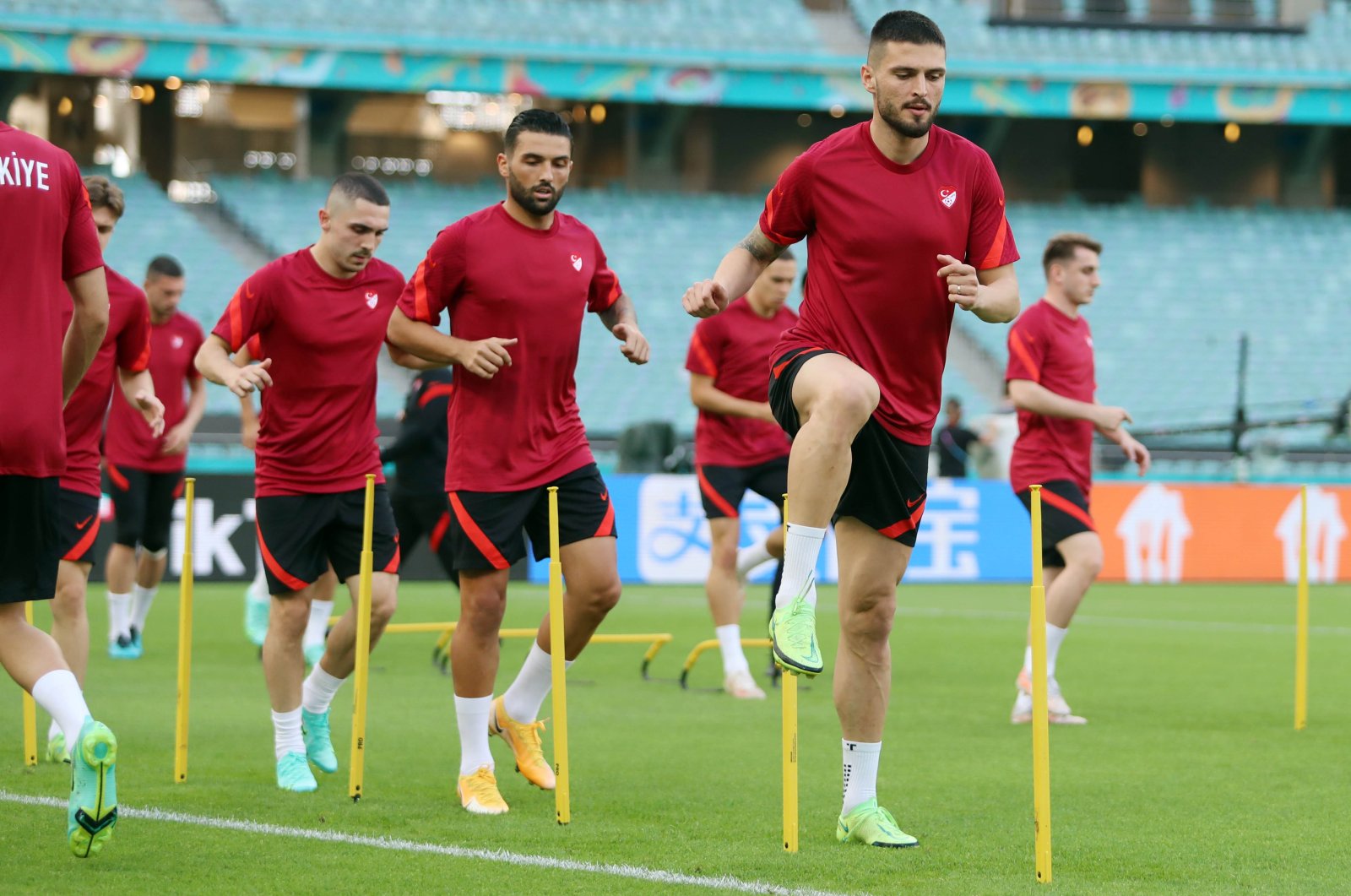 Following a disappointing start to its Euro 2020 campaign, Turkey will look to bounce back against Wales in familiar Baku on Wednesday.

For the Crescent-Stars, Baku will be like a home away from home and the team will look to bank on the large presence of fans to earn three sorely needed points in the Azerbaijani capital.

Turkey and Azerbaijan enjoy very close social, cultural and political relations, to the point they share an unofficial "one nation, two states" policy.

The 3-0 defeat to Italy in their opening Group A game has piled the pressure on the Turks while Wales knows it too needs a result after drawing with Switzerland and with Italy in Rome to come as its final game in the group.

Thousands of Turkish fans are expected to travel to the Azeri capital for the game and Şenol Güneş's side is also hoping for backing from the locals in a 30,000 crowd.

That will make for a very different atmosphere than Wales faced for its 1-1 draw with Switzerland in Baku where just 8,782 fans attended.

Wales' Liverpool defender Neco Williams says even a hostile crowd is better than the past year of playing in empty arenas.

"Having fans back in the stadium gets you more motivated. If it’s going to be like an away game that’s going to motivate us, to make sure we get the win in front of their fans," he said.

Güneş will have plenty to ponder after a meek performance in the opening night loss to the Italians when Turkey failed to make any real impact on the match.

The negative approach taken by Turkey to the match has led to criticism at home and is unlikely to be repeated.

Former Turkey international Abdullah Ercan said the lesson of the defeat is that Güneş must let his team play its natural style.

"This match showed us that we have to show our own football no matter who the opponent is. Our team does not have a squad structure that can defend and play transition games," he told Fanatik newspaper.

"This time we will have more possession of the ball. I think we will show a performance close to the game that took us to the finals," he added.

"The competition goes on. We still have two important games," he said. "We will tick this off and prepare for the matches," Güneş had said after the opening match.

Wales defender Joe Rodon says they expect the Turks to be fired up for the occasion.

"The natural reaction after a loss is always going to be to come out fighting for the next one and we need to be ready for that," he said.

Wales realistically needs to avoid defeat in Baku on Wednesday to keep its hopes of reaching the last 16 alive after Saturday's 1-1 draw with Switzerland.

However, it could qualify for the next round with just three points, like Portugal and Northern Ireland at Euro 2016.

Rodon will face another trio of players who feature together at club level.

"They're a top team and we have our top players as well. It's always nice having that more from club football," he said.

"The boys are really good with me here and it's a close unit."

At the Olympic Stadium, Rodon, who spent three months on loan at then fourth-tier Cheltenham in 2018, will be given the job of marking the in-form Yılmaz.

Veteran Yılmaz, who turns 36 in July, scored 18 goals in all competitions for his club last term, one more than Paris Saint-Germain's Brazilian star Neymar.

"Every striker in this tournament is going to bring a different challenge," he said.

"Going up against quick strikers is always going to be difficult. It's the challenges we want as defenders, it's only going to make us better moving forward.

"They're an aggressive team as well. It's going to be a difficult match. Hopefully, we can get a positive result."

The center back added that his relationship with Tottenham Hotspur teammates Gareth Bale and Ben Davies makes him "more comfortable" at the international level.

Rodon, 23, has established himself as a starter in Robert Page's defense and has won 15 caps since his debut in 2019.

He joined Bale and Davies at Spurs from hometown club Swansea last October and videos on social media have seen the trio be named the "Welsh Mafia" at the north London club.

"It's important for me that I'm comfortable in the whole group," Rodon said.

"Having Gareth and Ben in this group is going to make me more comfortable in this team and I'm delighted."

Five years ago, Wales reached the European Championship semifinal in France before losing to eventual winners Portugal in its first appearance at a major tournament since 1958.

Rodon had yet to make his senior club debut as some of his future teammates made a surprising run to the last four by beating Belgium in the quarterfinals.

"I was a fan, I was watching it with my family and my friends. I went to some of the fan zones in Swansea," he said.

"It was an unbelievable experience and hopefully I can make some memories with the team in this one," he added.