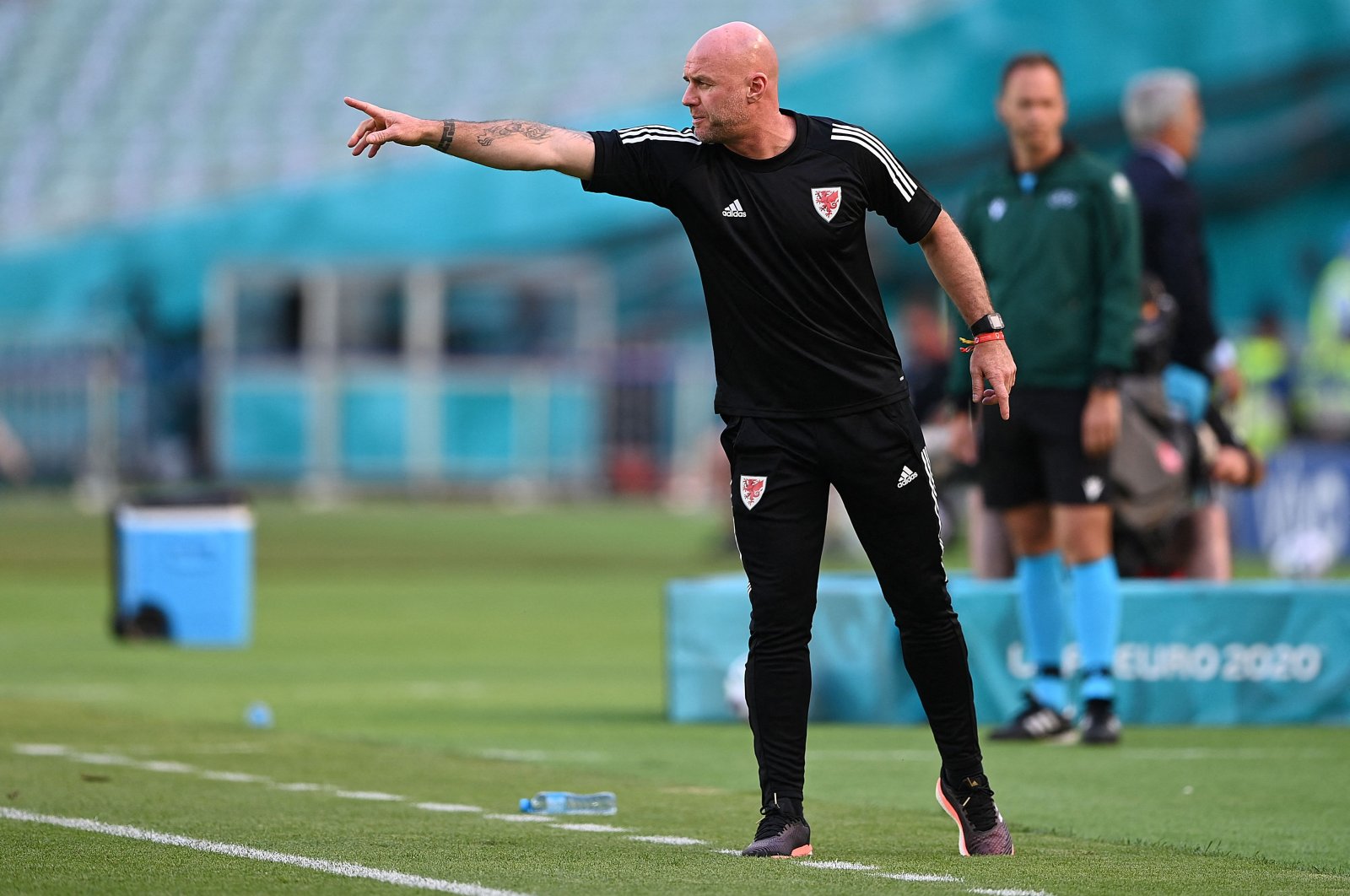 Wales could make some key changes for its second Euro 2020 Group A match against Turkey in Baku on Wednesday, according to coach Robert Page.

Page's men, who reached the tournament's semifinals five years ago, opened their campaign with a 1-1 draw against Switzerland on Saturday.

"I was pleased with the performance but it doesn't mean it will be the same personnel," he said.

"We'll have a look for Wednesday because they (Turkey) pose a different type of threat and a different way of playing," he added.

Page's outfit has beaten the likes of the Czech Republic and Finland in the past year by playing Liverpool attacker Harry Wilson, who was on loan at Cardiff last season, as a false nine.

In the Azerbaijan capital, Page started with Kieffer Moore, who scored the equalizer, up-front and a four-man defense.

"We also have the option if we want to change it and go to a three at the back," Page.

"We can play a Harry type of forward. We have the options and flexibility which is great," added the former Wales captain, who is standing in for Ryan Giggs with the ex-Manchester United star absent following his arrest for assaulting two women last year.

Moore, who scored his sixth international goal at the Olympic Stadium, was playing for English fifth-tier Forest Green Rovers when Wales reached the tournament's last four in 2016.

"For me to start off this campaign with a goal and even be in the starting lineup is a huge landmark for me and something I'm very proud of.

"To score in the first game is a massive confidence boost for me and I'm just going to take that momentum to the next games," he added.

Moore, who stands 1.95-meter (6 feet 4 inches) tall, qualifies to play for Wales thanks to his grandfather and is called 'Zlatan' by his Cardiff City teammates, after the equally towering Sweden striker Zlatan Ibrahimovic.

His glancing effort in the final quarter of an hour against Switzerland added to his club tally of 20 in all competitions for the Championship side.

"I'm sure Zlatan would have been proud of the header. I like the nickname, I have a couple of nicknames," he said.

"It's a good comparison, I'll take it all day," he added.

Page's men are two points behind top of the table Italy, who hammered Şenol Güneş' Turkey 3-0 on Friday.

At Euro 2016, eventual winners Portugal as well Northern Ireland reached the knockout stages after picking up just three points in the group.

"We're not to know if a win against Turkey will be enough. If four points is enough, then brilliant," he said.

"We respect the teams but we don't fear them," he added.

Güneş's side will hold its first training session in Baku late on Sunday after arriving from the Italian capital 24 hours earlier.